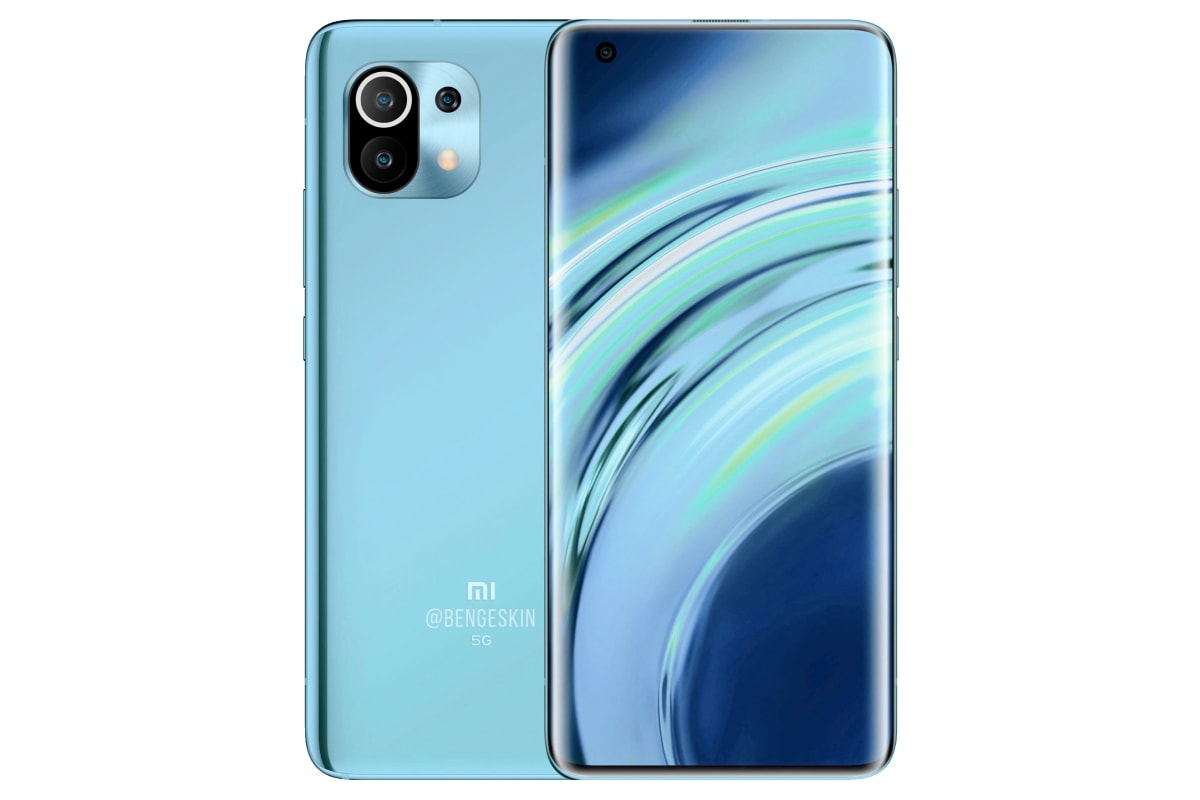 Xiaomi Mi 11 concept render has surfaced on the Web to suggest the design of the company’s next-generation flagship. The render shows both front and back of the Mi-series smartphone. Earlier this week, Xiaomi Co-Founder and CEO Lei Jun confirmed the existence of the Mi 11 by highlighting at Qualcomm Snapdragon Tech Summit 2020 that the phone would be amongst the first ones to come with the Snapdragon 888 SoC. The Mi 11 is likely to come along with the Mi 11 Pro.

Concept designer Ben Geskin tweeted the Xiaomi Mi 11 render, based on recent leaks. It suggests triple rear cameras along with an LED flash and a curved display — with curvature visible on all sides.

The Mi 11 render also shows a hole-punch display design, with a single selfie camera at the front.

Some live images purportedly related to the Mi 11 surfaced on Weibo earlier this week. Those images showed off a design similar to Geskin’s render. One of the leaked images also suggested an infrared (IR) blaster on the new Mi smartphone.

Xiaomi Mi 11 is in the works and will come with the Snapdragon 888 SoC, as confirmed by Lei Jun. Apart from the chipset, the phone is rumoured to have a QHD+ display as well as a 120Hz refresh rate. It is also likely to feature a 108-megapixel primary camera sensor at the back. Other specifications of the Mi 11 will include at least 8GB of RAM, 128GB of onboard storage, 20-megapixel selfie camera, and a 4,780mAh battery with 50W wired and 30W wireless charging, as per some recent details posted on Weibo.

Alongside the Mi 11, Xiaomi may have Mi 11 Pro in the works. The latter, however, isn’t likely to have any big design changes over the former — especially if we look at Xiaomi’s historical record of bringing its new Mi-series flagship pairs with an almost identical design.

Some earlier reports suggested a January launch for the Mi 11. However, a tipster recently claimed that the launch could take place towards the end of December. Xiaomi hasn’t yet provided any details about the launch.

Is Redmi Note 9 the perfect successor to Redmi Note 8? We discussed this on Orbital, our weekly technology podcast, which you can subscribe to via Apple Podcasts, Google Podcasts, or RSS, download the episode, or just hit the play button below.