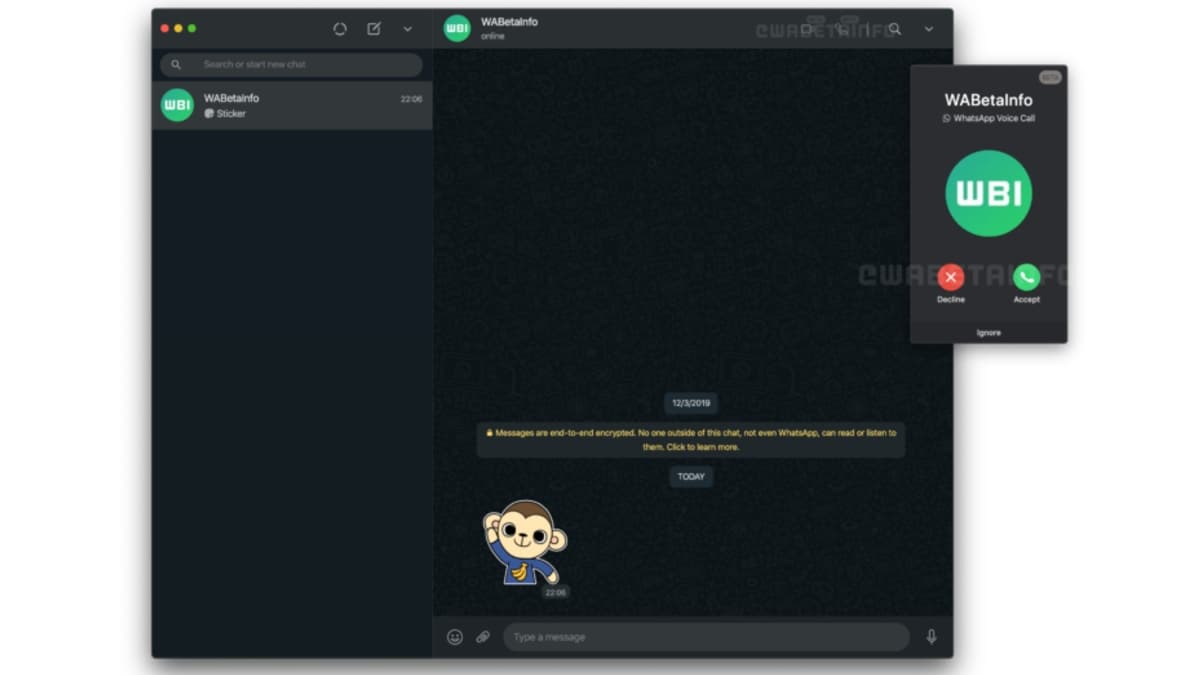 WhatsApp appears to have started rolling out voice and video calls to select desktop users. This will allow users to make WhatsApp calls directly through their desktops. Up until now, voice and video calls were limited to the WhatsApp app for mobile devices. Some recent reports, however, suggested the development of WhatsApp calls for both its desktop and Web clients. The latest update is currently in beta stage, and its rollout is quite limited in nature, according to a report.

Some users on the WhatsApp desktop client have started seeing voice and video call buttons in the chat header, WhatsApp feature tracker WABetaInfo reports. A few users have also tweeted about the arrival of the new update.

Although WhatsApp is preparing to bring voice and video calls to both desktop and Web users, the initial rollout appears to be prioritised for the desktop client of the messaging platform.

Gadgets 360 has reached out to WhatsApp for clarity on the rollout. This report will be updated when the company responds.

References to the new rollout were seen in the WhatsApp Web client version 2.2043.7 in October. WhatsApp was also recently found to have labelled the video and voice calling buttons with a “beta” tag. This could be to highlight that the new experience is currently in a testing phase.

Users who have received the WhatsApp calling features on their desktops should be able to make and receive voice and video calls from the app. Screenshots shared by WABetaInfo show that a pop-up window will appear to let you accept or decline an incoming call on your desktop. Similarly, WhatsApp will show the status of the current call through another pop-up window.

It is important to note that while calls will be made through your desktop, you’ll still need your phone to be connected to the WhatsApp desktop app to enable communication. This is just like how you access messages via WhatsApp’s desktop and Web clients.

Having said that, the new arrival will allow you to use high-definition webcams and high-quality microphones to make WhatsApp calls.

WhatsApp introduced its voice calling feature on mobile devices back in February 2015 and brought the ability to make video calls in November 2016. Both additions have made the Facebook-owned messaging app a stronger competitor against the likes of Google Hangouts, Skype, and FaceTime.