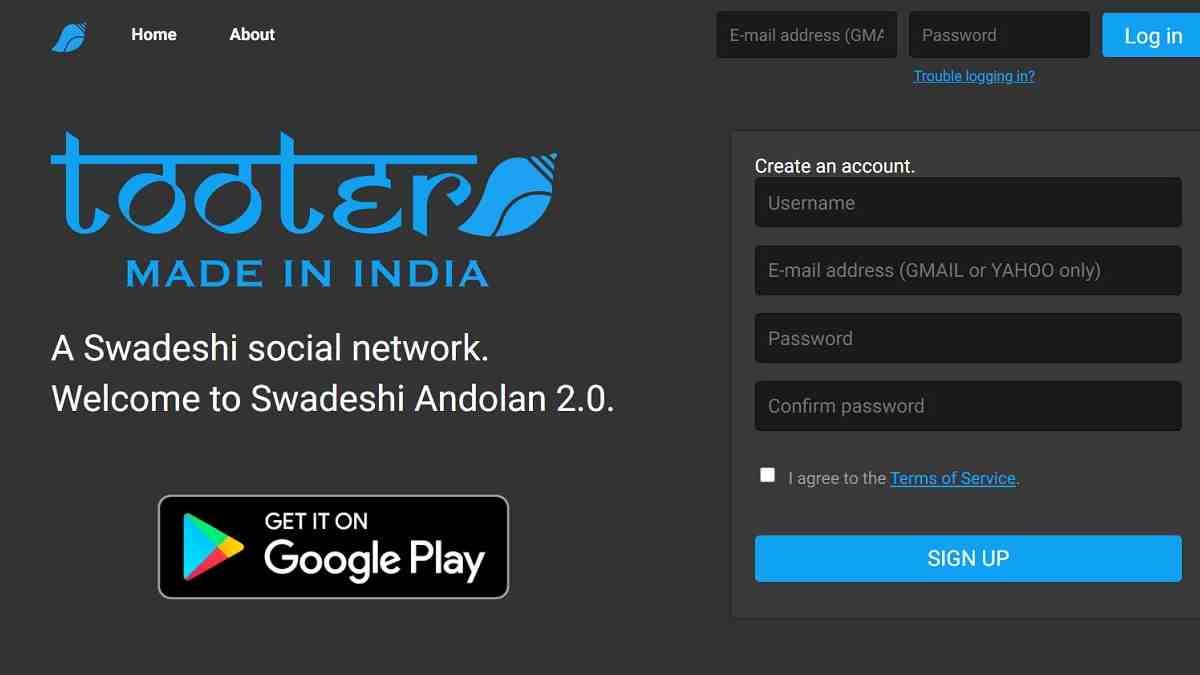 Tooter is a new social media platform that seems to be gaining traction for being “swadeshi” or made in India. Tooter, as the name suggests, is conspicuously modelled after the microblogging platform Twitter. Its interface with a white-and-blue colour scheme, however, is somewhat a cross-over between Facebook and Twitter. The platform follows the same mechanics as Twitter where a user can create an account with a @username and email address, follow other accounts, read through a feed populated with posts from other accounts, as well as customise groups and lists. Its posts are called toots (instead of tweets). Tooter has a web application as well as an Android app on the Google Play store, but is missing from App Store for iOS devices as of now.

Tooter appears to have been created in June this year, and, as noted today by journalist Venkat Ananth in a tweet, the app appears to have a number of prominent users including Prime Minister Narendra Modi, Home Minister Amit Shah, and actor Abhishek Bachchan, and cricketer Virat Kohli. We say appears, because we could not find any official statements from any of these people, and as noted by Livemint, the app may be sourcing its content from Twitter directly.

To test the site, we created an account and noted that as soon as you create an account, you are followed by a bot account called “News” as well as the account credited to its CEO (@Nanda). Both seem to suggest that the first accounts on Tooter were created in June 2020. The default feed, before a user has followed any accounts, is populated with posts from the “News” bot, and its contents — links exclusively from swarajyamag.com — have users on Twitter comparing the “swadeshi” social media platform with Parler — a fairly new US-based social media platform popular with conservatives and especially supporters of Donald Trump. Parler is simply the latest in a series of attempts to create a “free-speech” oriented Twitter, after Gab most recently, and despite a lot of early attention, Parler is also seeing its ranking on the App Store drop rapidly.

Tooter, like Parler, in its Terms of Service page stresses that the platform has been created for “free speech”. Tooter, it says, will make best efforts to ensure that all content moderation decisions and enforcement of terms of service “does not punish users for exercising their God-given right to speak freely”. The platform also has a ‘Pro Feed’ populated by default with posts from a “verified” account credited to the BJP.

Tooter’s introductory sign-up page calls the platform “Swadeshi Andolan 2.0”. “We believe that India should have a Swadeshi social network. Without one we are just a digital colony of American Twitter India Company, no different than what we were under the British East India Company,” reads the About Tooter page.