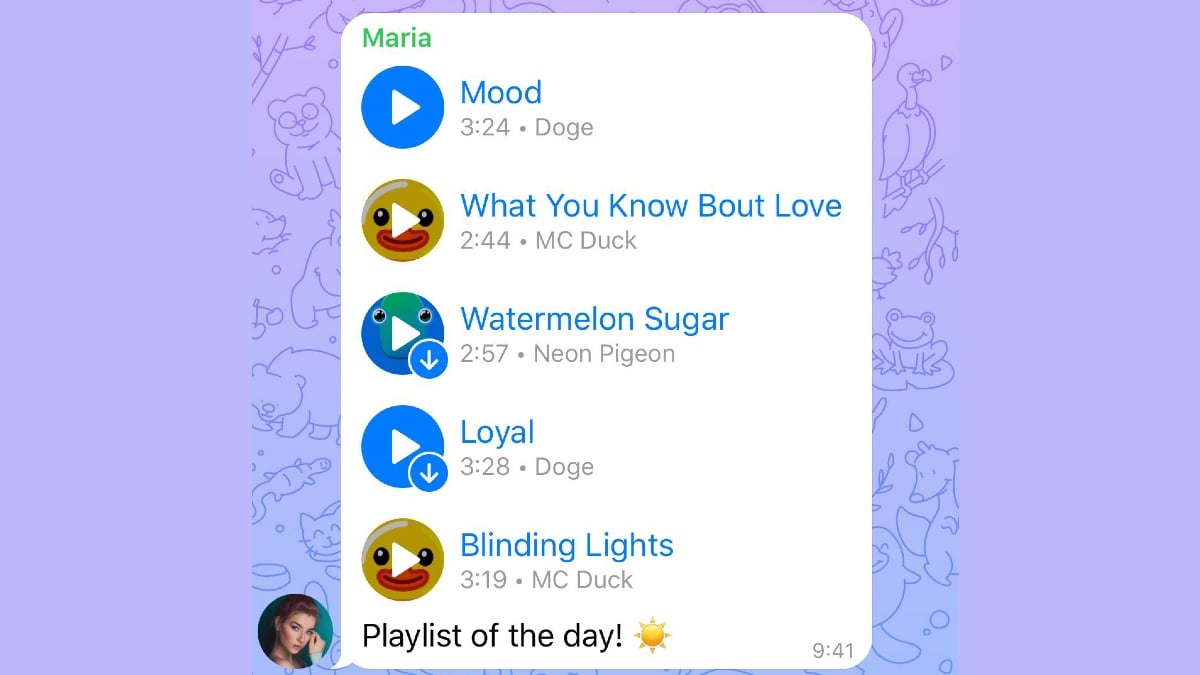 Telegram’s latest update adds pin multiple messages feature, enhanced live location, and sharing music as a playlist. The features are available in version 7.2 of the app that is now available on the App Store and Google Play. The update also comes with new animated emojis and will let admins view stats for posts in the channel.

Telegram version 7.2 also has an improved live location feature, which lets you set up an alert when a friend shares their live location – you’ll also be notified when they’re close to your location. There are also icons on the live location map that will show you which direction the friend is facing.

Another new feature is related to music sharing. When multiple songs are sent at once, they will be arranged together in a playlist, making them easier to listen to, comment on, and forward. Opening one of the songs will queue them up in the Telegram’s built-in media player. The songs will also be displayed in one single chat bubble when they are sent together, but it is also possible to select each track individually.

Telegram version 7.2 will let admins view stats for individual posts in the channels. This even includes a list of public channels your post has been forwarded to. More animations have also been added for sending messages and switching songs in the music player. Telegram has also released some Halloween special animated emojis and a jackpot special slot machine emoji.

Android users will be able to edit and sent back an image they’ve received immediately, instead of having to download and upload it again. They can tap the brush button while viewing the photo to drag or add stickers to it.

FBI Says North Korean Hackers Behind $100 Million Horizon Bridge Crypto Theft
Twitter is down to fewer than 550 full-time engineers
WhatsApp Working on Feature That Will Allow Users to Send Original Quality Images on Android: Report
The Lord of the Rings: Gollum Gets a New Launch Window, Will Release by September 2023
Poco X5 Pro 5G Price in India Leaked, Could Launch on February 6: Report