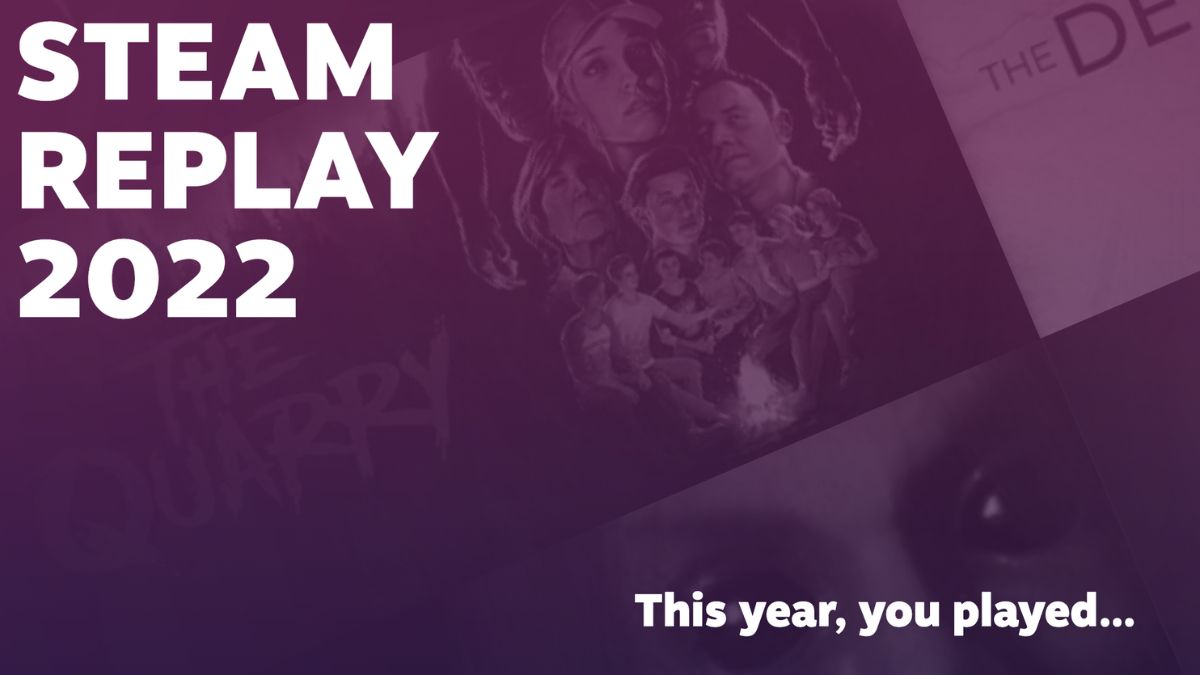 Steam Replay 2022 has arrived, detailing your personal experiences on the platform, over the past year. Akin to Spotify Wrapped and PlayStation 2022 Wrap-Up, the feature offers a statistical analysis of your gaming milestones on PC — ranging from most played games, total achievements unlocked, a monthly breakdown, and more. And you can share all of it with your friends. Let’s be honest, that’s what these yearly recaps are all about. Steam Replay adds up all your playtime between “the first second of January 1 and the last second of December 14 (GMT),” as long as you’ve spent it online. Progress made when signed in as ‘Invisible’ counts as well, just not ‘Offline Mode’.

The year-end wrap feature can be accessed by clicking the panel on the Steam store page — you need to scroll down a little — or by visiting the Replay page and signing in. This presents a custom infographic that details an overwhelming amount of information, which is by default set to Private. One could then click on the drop-down list so it’s visible to friends only, or share a public link that anyone can open. At the top, there’s a highlights panel that compiles your most-played games of the year, dividing them based on how much percentage of playtime you’ve invested. Clicking on them will open a respective bar graph, which shows the number of play sessions, the percentage of time invested each month, and any unlocked achievements.

Steam Replay 2022 also details your longest streak in gaming (average at 7 days), though there’s no mention of how it’s calculated — whether one needs to simply launch a game, hit a specific time, or whether they need to be actively engaged within. Up next comes a pie chart that segregates the percentage of games played that were new releases, classics released 8–9 years ago, and recent favourites that dropped within the last seven years. There’s even a spider graph that picks your top played genres — in Steam’s case, these are called tags — and offers a peek at what kind of games you showed an affinity to. Then there are some community-based records, such as badges earned, any games you gifted, new friends, shared screenshots, reviews, etc.

At the very bottom of Steam Replay 2022, you’ll be greeted with a grid view of all the Steam games you launched in 2022 — even the ones you refunded — noting what month you first opened them. The statistics, of course, are not just limited to PC-only and keep track of Steam Deck entries in case you own one. A specialised, smaller summary can also be downloaded as an image file, cropped in multiple formats that are suited for posting on social media. Those looking to spruce up their Steam profile can also unlock a Steam Replay 2022 badge by simply viewing the statistics. It awards 50 XP to your profile.

Amidst all this, Steam also has its annual Winter Sale going on, offering massive discounts on games and software. The promotion runs until January 5, 2023 at 11:30 pm IST, and offers digital rewards and XP for voting in the 2022 Steam Awards.