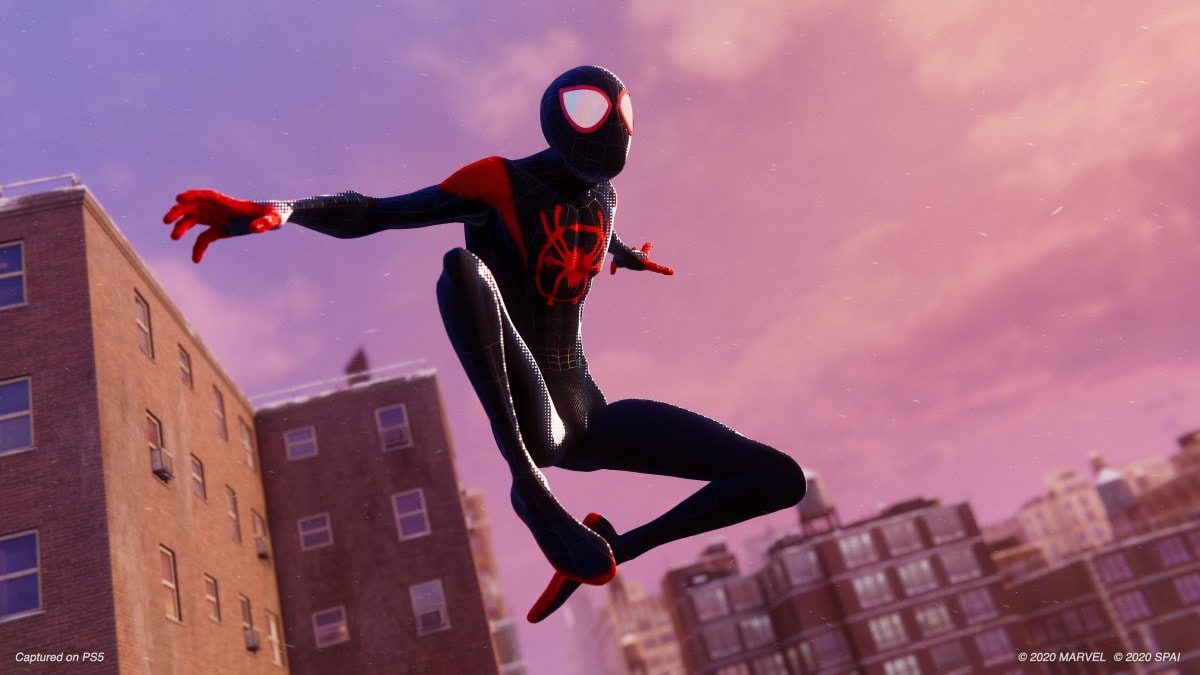 Spider-Man: Miles Morales will offer a Spider-Man suit that is modelled entirely on the one Miles wore in the 2018 Oscar-winning animated movie, Spider-Man: Into the Spider-Verse, Marvel and Insomniac Games have announced with a 10-minute gameplay video. And it’s not just the Into the Spider-Verse suit that’s being replicated in the new Spider-Man game. The suit will also come with its own lower frame rate and inclusion of Ben-day dots, to match Into the Spider-Verse’s animation style, and blink-and-you-miss-it flashes of punching onomatopoeia.

Justin K. Thompson, production designer on Spider-Man: Into the Spider-Verse, introduced the new suit — which he worked on in the movie — for Spider-Man: Miles Morales in said video. Thompson notes that he and his team advised Insomniac Games on “the unique design elements that made the film so distinct, like how we often animated the characters on twos.” For those not versed with animation lingo, animating in twos means holding one frame for two frames, which thereby lowers the frame rate. Films are usually made at 24fps, but Into the Spider-Verse was at 12fps.

Thompson’s team also helped Insomniac in integrating “the pop-up words and little burst cards” — the onomatopoeia — on Spider-Man: Miles Morales. As you can see for yourself in the video above, when Miles punches enemies while wearing the Into the Spider-Verse suit, words like “KRAAAAK”, “SKERUNCH!”, “HORK!”, “ZAP”, “THWOKK”, “SSSPAK!” appear on screen for a brief moment. At times, you’ll even see a few stars or coloured spokes appear around an enemy’s head to indicate they are stunned or have been hit.

The Into the Spider-Verse suit can be unlocked in the game, or you can get it instantly by pre-ordering Spider-Man: Miles Morales. The game costs Rs. 3,999 in India / $50 in the US. Pre-ordering also you gets a second suit called the T.R.A.C.K. (Time Response Activated Circuit Kinetic) suit, designed by Miles Morales comic book artist Javier Garrón, with its Untrackable Suit Mod. Additionally, you get a Gravity Well gadget that pulls enemies together and three extra skill points.