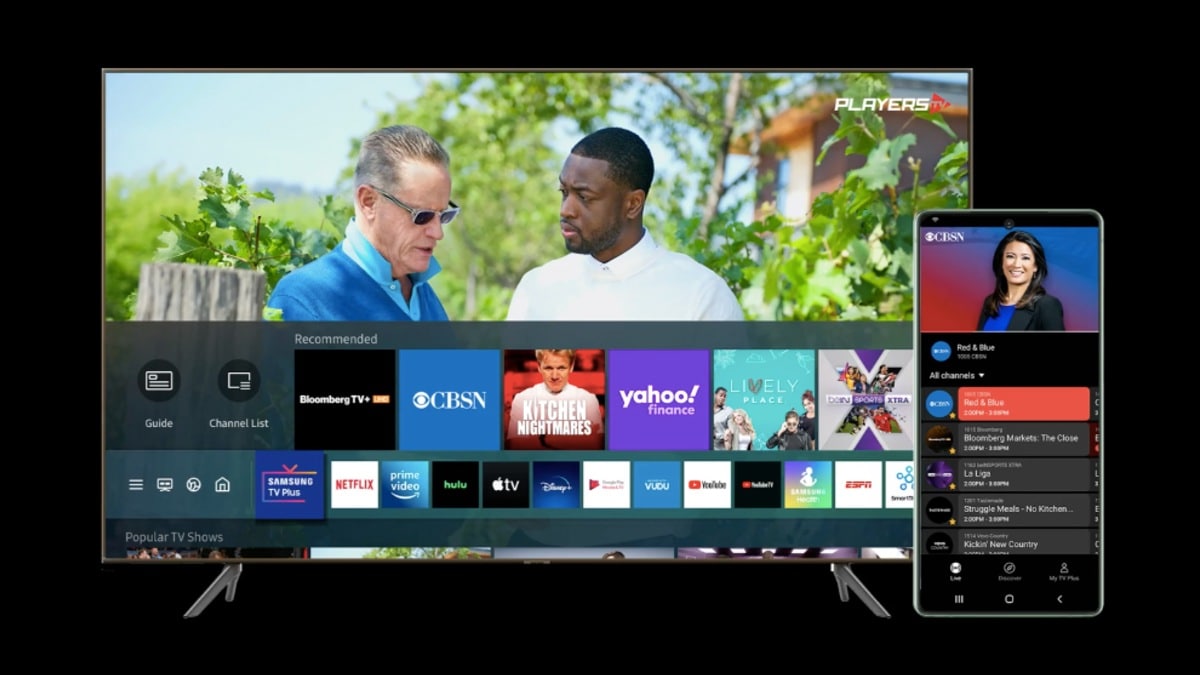 Samsung TV Plus, the Web content service for Samsung TV users, is reaching India and markets including Mexico, Sweden, and some additional European countries in 2021, the South Korean giant has announced. The service was launched in 2015 for limited access, but it has now been expanded to 12 countries and 742 channels. There are around 300 broadcast network partners for the Samsung TV Plus service that will bring free content to the company’s smart TV users.

The list of countries where Samsung TV Plus is already live includes Austria, Canada, France, Germany, Italy, Korea, Spain, Switzerland, the UK, and the US. It also recently expanded to Australia and Brazil. This brings the total of 12 countries where the service is live at present.

Unlike platforms such as Amazon Prime Video and Netflix that require a paid subscription, Samsung TV Plus is available for free to Samsung smart TV users. The service, which offers ad-supported content, comes pre-installed on Samsung smart TV models dating back to 2016 and is also a part of select Samsung Galaxy smartphones including the Galaxy Note 20, Galaxy Fold, Galaxy Z Flip, and Galaxy S20 in the US.

It includes channels such as ET Live, PeopleTV, Nick Pluto TV, CBSN, ABC News Live, Cheddar, and USA Today in the US. There are also shows including Kitchen Nightmares, Baywatch, and Wipeout Xtra. Moreover, Samsung claims that the content service is available to over 60 million smart TVs.

Alongside the new expansion plans, Samsung is set to bring added functionality and support for additional Galaxy models in the coming months. This is aimed to further expand Samsung TV Plus.

“We have seen TVs become the centre of entertainment – from being a source of news to a streaming on-demand partner,” said Seline Sangsook Han, Senior Vice President of the Visual Display Business at Samsung Electronics. “With our latest expansion into new markets and content line-up, we hope that TV Plus continues to be a premium at-home destination for Samsung Smart TV users all over the world.”