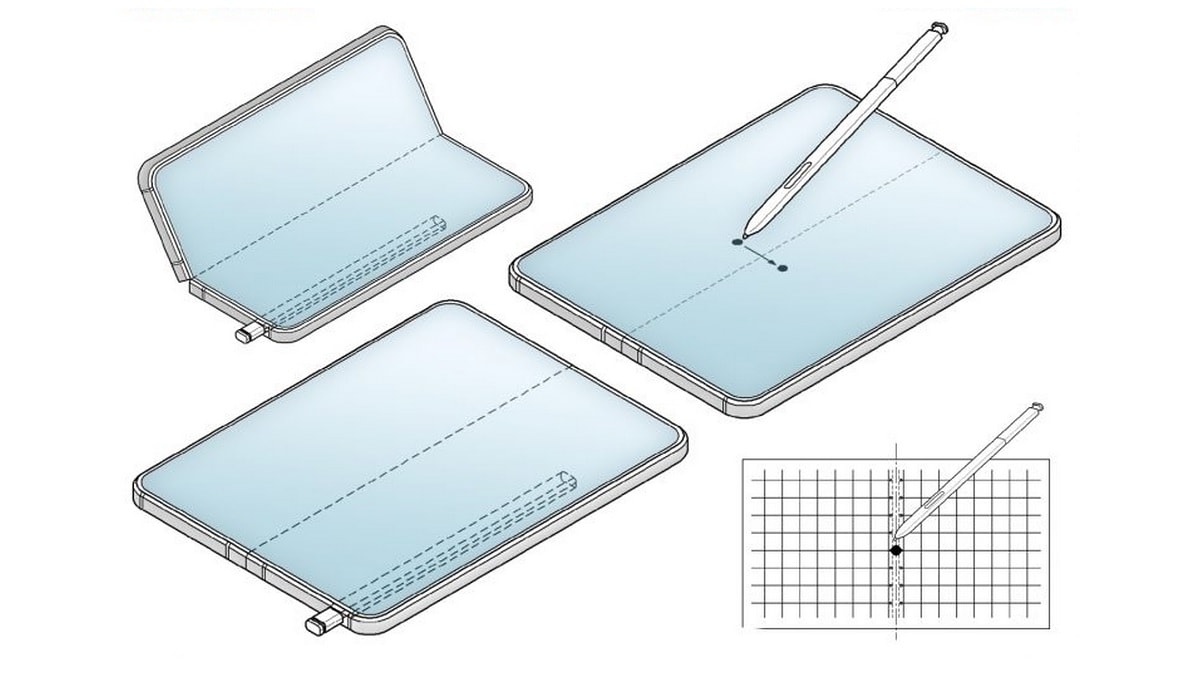 Samsung Galaxy Z Fold 3 (not the official name) has popped up in the news once again and this time, a report claims that the phone will come with an S Pen. As per the report, Samsung filed a patent for the same back in April. The patent also describes in detail Samsung’s plan on making future foldable phones compatible with the S Pen. Interestingly, the new sketches from the 56-page documentation show a single hinge design for the folding mechanism, unlike the recently spotted dual hinge design.

Samsung reportedly filed a patent with World Intellectual Property Office (WIPO) for a foldable device with an S Pen. The image, as reported by LetsGoDigital, shows a foldable phone with a mechanism similar to Samsung Galaxy Z Fold 2, with a slot for the S Pen on one of the folding panels. The S Pen may fit in the top left corner of the phone or the bottom right. The S Pen seems to have a similar design as the one seen with Galaxy Note 20 series.

LetsGoDigital, in collaboration with designer Jermaine Smit, shared some unofficial concept renders of the rumoured Galaxy Z Fold 3 with an S Pen. According to the renders, the S Pen slots into the bottom right of the phone, next to the USB Type-C port. The report also adds that the patent mentions an ‘electromagnetic resonance stylus pen’ but it is being speculated that Samsung might use Active Electrostatic Solution (AES) instead. The reason behind this is that electromagnetic resonance (EMR) works fine with a regular display like the Galaxy Note 20 series but would not function optimally with the foldable display in Galaxy Z Fold 3. AES, on the other hand, works fine with ultra-thin glass.

Recently, another report cited product sketches from a patent filed with Korean Intellectual Property Office (KIPO), showing a dual hinge and three foldable screen design for Samsung Galaxy Z Fold 3. That sketch did not include an S Pen but had a sliding keyboard with touch sensitive keys.

It should be noted that the renders shared by LetsGoDigital are not official. Samsung has also not officially shared any information on Galaxy Z Fold 3.