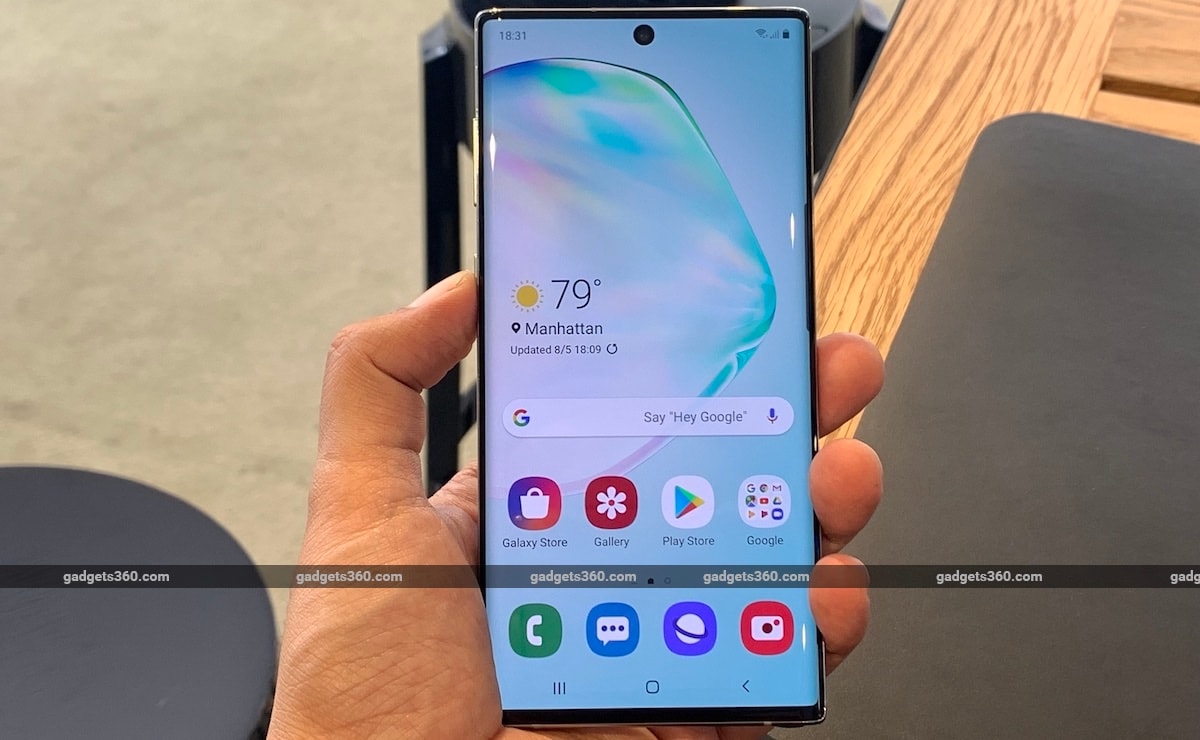 Samsung Galaxy Note 10 has reportedly received a massive price cut in India. The price drop has apparently been introduced across offline retail stores in the country. Samsung Galaxy Note 10 was launched in India last year with a price tag of Rs. 69,999. Ever since, the phone has been listed at a discounted price of Rs. 57,100 on the official website, but retail shops can now reportedly sell the smartphone for lesser than that. A price cut of Rs. 25,000 is said to have been introduced for offline retail channels specifically.

91Mobiles reports that the Samsung Galaxy Note 10 is now priced starting at Rs. 45,000 across offline retail stores in the country. Mumbai-based retailer Mahesh Telecom has also confirmed this, and says that the new price has come into effect a few days ago. The phone was launched last year for Rs. 69,999 for the sole 8GB RAM + 256GB storage model. This means a price cut of Rs. 25,000 has been introduced on the phone. This is reported to be applicable only for retail stores, and the phone is listed on the company site for Rs. 57,100, with a price cut of Rs. 12,899.

Samsung Galaxy Note 10 comes in Aura Black, Aura Glow, and Aura Red colour variants. The price drop in offline stores is reportedly applicable on all colour options, whereas on the Samsung site, only the Aura White and Aura Red options are available at a discounted price.

For photography, Samsung Galaxy Note 10 has a triple rear camera setup that includes a 12-megapixel primary sensor, a 16-megaixel ultra-wide-angle lens, and a 12-megapixel telephoto lens. There is also a 10-megapixel selfie shooter at the front.