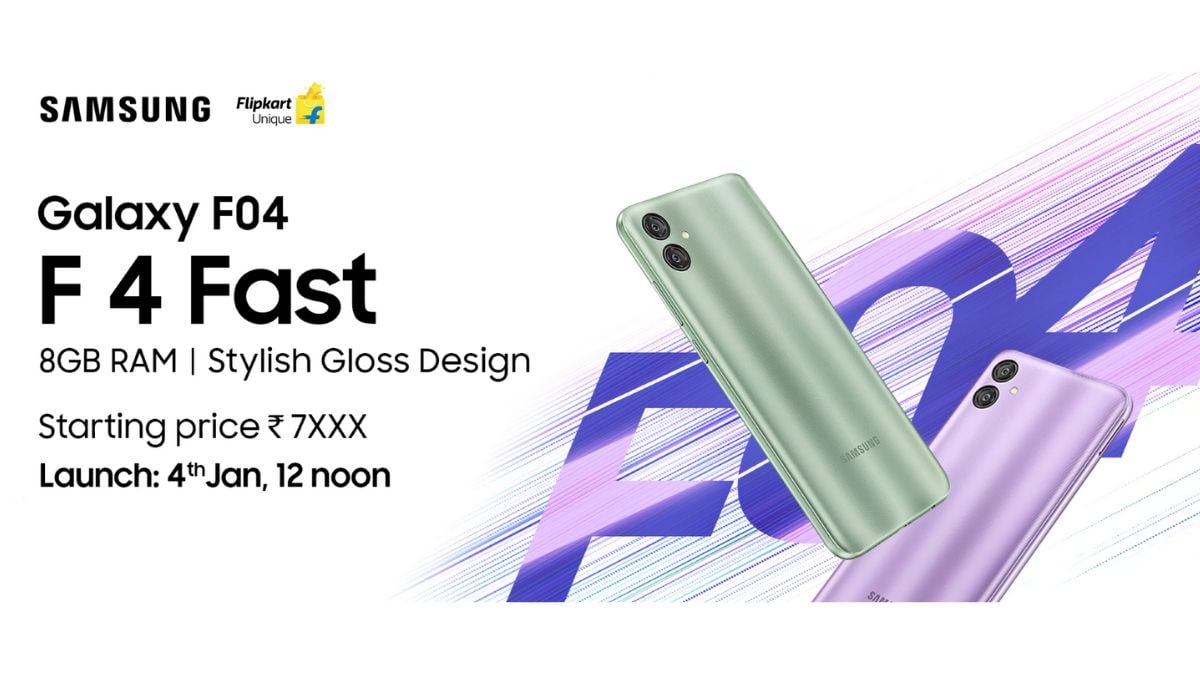 Samsung Galaxy F04, the upcoming entry-level smartphone from the South Korean conglomerate, will debut in India on January 4. A microsite on the e-commerce website Flipkart has revealed that the budget handset will be available to customers in India starting at 12pm on January 4 exclusively on Flipkart. The microsite also revealed key specifications and price range of the upcoming entry-level Galaxy smartphone from Samsung. The smartphone will feature a 6.5-inch HD+ display. Meanwhile, the build frame of the smartphone will feature a glossy design, according to the listing on Flipkart.

The upcoming entry-level Galaxy smartphone will be sold in Jade Purple and Opal Green colour options, according to the landing page on Flipkart.

According to the microsite for the upcoming Samsung Galaxy F04 on Flipkart, the entry-level smartphone will be powered by a MediaTek Helio P35 SoC under the hood. The smartphone will run on Android 12 and will receive two OS upgrades, according to the landing page on Flipkart. It will also utilise a combination of physical and virtual RAM which will add up to a total of 8GB of RAM.

The Samsung Galaxy F04 is listed to pack a 5,000mAh battery. The entry-level smartphone is also confirmed to sport a 6.5-inch HD+ display with a waterdrop notch. The handset will feature a glossy rear design that houses a dual-camera setup alongside an LED flash. Samsung is yet to reveal the specifications of the camera on the upcoming Galaxy F04 smartphone via the microsite on Flipkart.

Looking for a New Smartphone? Here Are the Best Smartphones of 2022