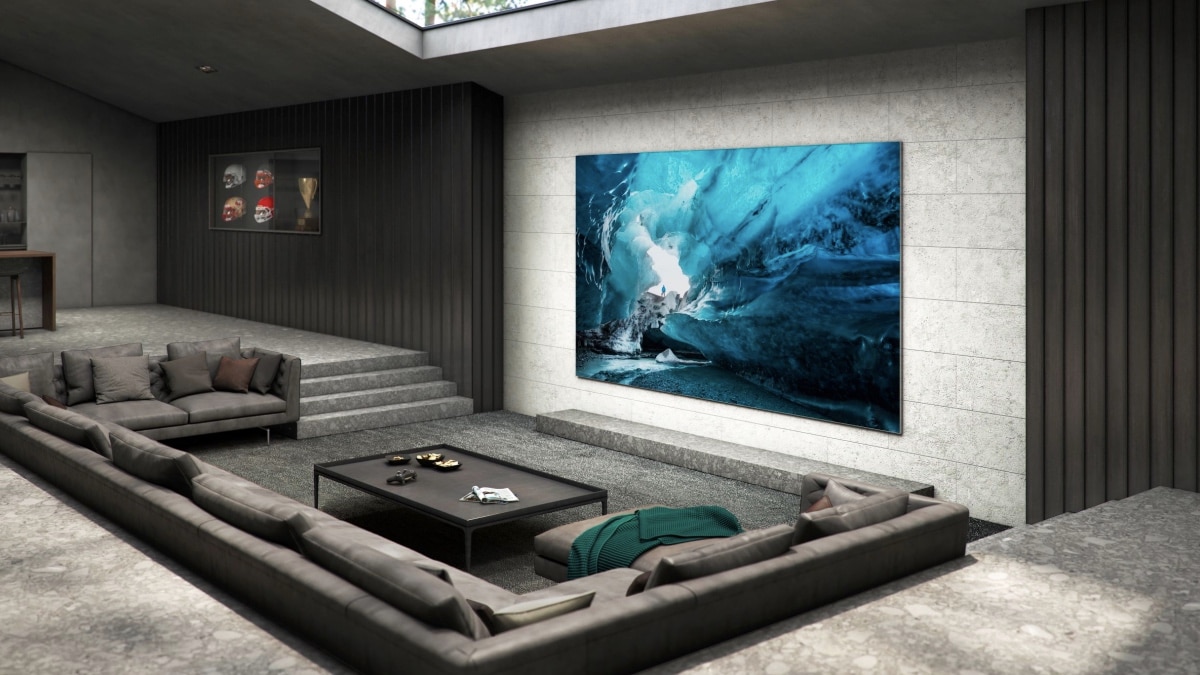 Samsung has launched a new 110-inch MicroLED TV, which is only up for pre-sale in the company’s home market of South Korea for now. The new television is different from earlier super-sized TV options from Samsung as it is pre-fabricated and not modular, and, therefore, can be installed like any other TV. The TV has an Ultra-HD resolution HDR MicroLED screen and is the first mass-produced television of its size with the new display technology. The TV is priced at a massive KRW 170 million (roughly Rs. 1.15 crores).

The television has a MicroLED display technology, which uses micrometer-sized LED lights to replace the need for backlights and colour filters. This is similar to how OLED TVs work, but the use of millions of inorganic LED lights ensures that the typical brightness-related benefits of LED technology are retained while the illumination and pixel structures last over many years.

Samsung has pioneered this technology in recent years, and the new launch suggests that the company is on its way to perfecting the technology for mass production of smaller screen sizes as well. The Samsung 110-inch MicroLED television has an embedded Majestic Sound System that delivers 5.1-channel surround sound directly from the TV itself. It also comes with Object Tracking Sound Pro, which allows the sound to be projected to follow the on-screen movement of objects.

A feature called Multi View allows users to split the 110-inch television into four separate viewing boxes simultaneously, all with sizes of up to 55 inches, thereby making good use of the massive size of the screen. Naturally, the price and size of the screen makes this a niche product, but Samsung should soon be able to manufacture MicroLED screens at smaller sizes.

The Samsung 110-inch MicroLED TV is slated to be available globally in the first quarter of 2021, and is up for pre-sale only in Korea for now. The company is also expected to focus heavily on televisions at CES 2021, with a strong focus on 8K TVs, projectors, and soundbars, according to a report by SamMobile.