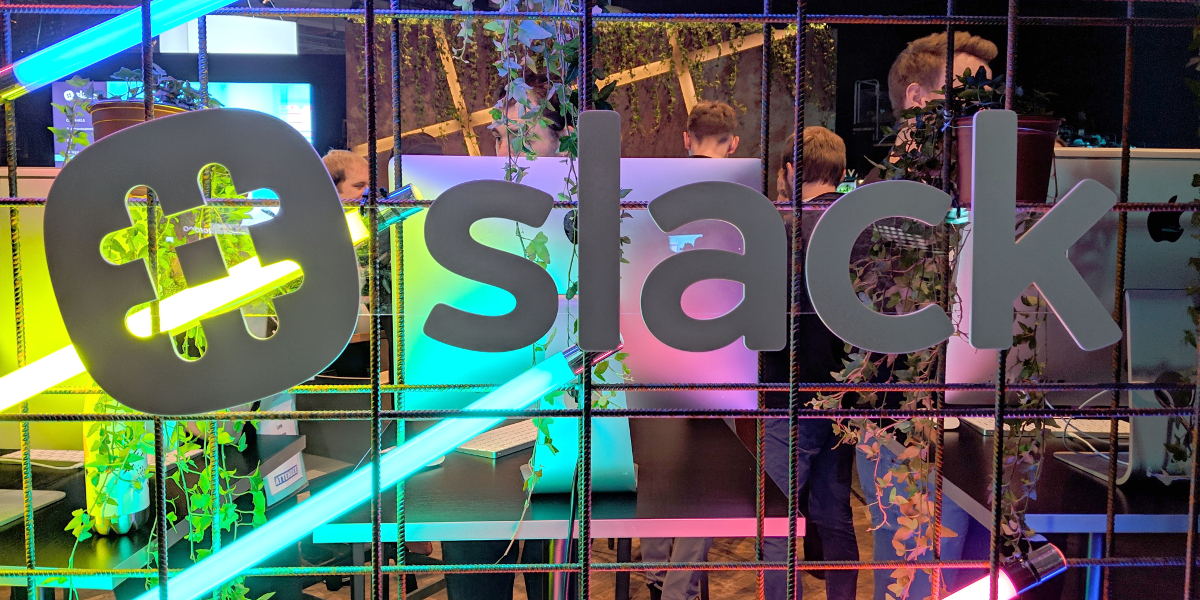 (Reuters) — Cloud-based software company Salesforce.com is in talks to acquire workplace messaging app Slack as it seeks to expand its offerings to businesses, people familiar with the matter said on Wednesday.

Slack shares ended trading on Tuesday at $29.57, well below the $42 high they reached on their first day of trading last year.

Salesforce sees the potential acquisition as a logical extension of its enterprise offerings, the sources said. The price it was offering for Slack could not be learned, though one of the sources said Salesforce would pay cash for the deal, rather than use its stock as currency.

If the negotiations conclude successfully, a deal could be announced before Slack reports quarterly earnings on Dec. 9, one of the sources added.

Neither Slack nor Salesforce responded to requests for comment.

Slack Technologies shares jumped 24% to $36.58, giving the company a market capitalization of $21 billion, while Salesforce fell 2.7% after the Wall Street Journal first reported that the two companies had held deal talks.

Slack has benefited from companies relying more on information technology systems to keep their workers connected during the pandemic.

Its app has been installed about 12.6 million times so far this year, up approximately 50% from the same period in 2019, according to analytics firm Sensor Tower.

But the economic fallout of the virus outbreak has forced Slack to give discount and payment concessions to many of its customers who have had to make cost cuts.

Seeking to save money, some companies have also been switching to Teams, which comes with many of Microsoft’s office software packages.

“I think Microsoft Teams has been able to capitalize on the opportunity better than Slack, partly because they give it away for free as a bundle,” said Rishi Jaluria, an analyst at research firm DA Davidson and Co.

“Now Slack realizes that they might be able to get greater penetration as part of a larger company.”

Slack’s billing growth, a key indicator of future revenue, slowed in the three months to the end of July.

Salesforce meanwhile has been thriving financially during the pandemic. It raised its annual revenue forecast in August as the pandemic spurred demand for its online business software that supports remote work and commerce.

Salesforce has been beefing up its cloud business through acquisitions and had spent more than $16 billion last year to fend off competition from rivals such as Oracle Corp and German competitor SAP.