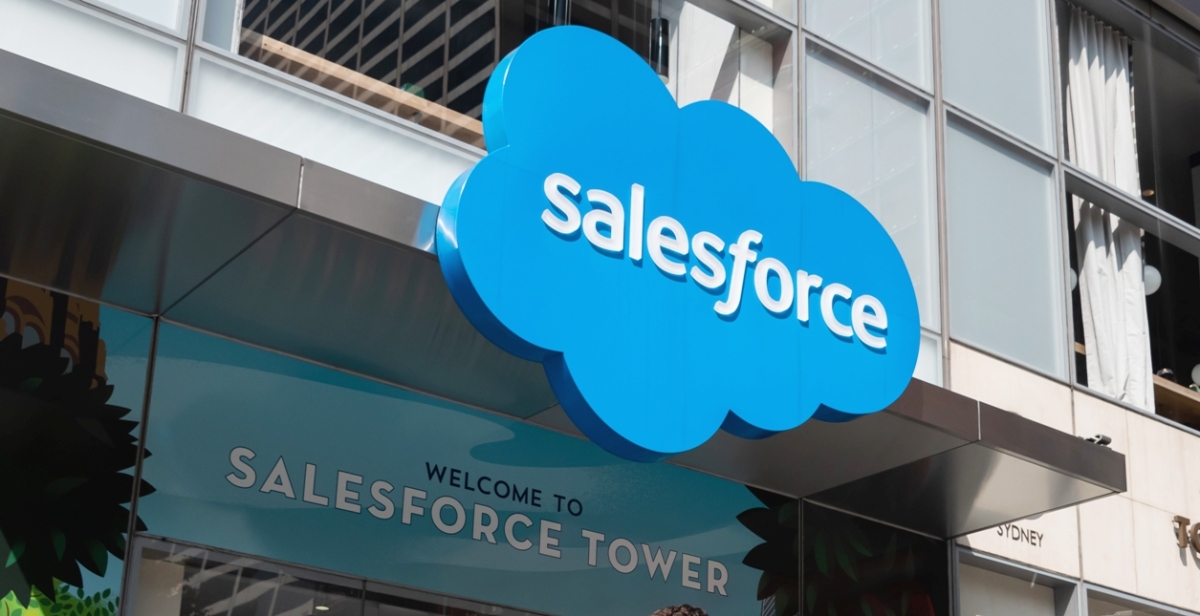 Salesforce has confirmed that it’s buying team collaboration platform Slack, in a deal worth $27.7 billion.

Rumors first circulated last week that Salesforce, a San Francisco-based cloud software company best known for its customer relationship management (CRM) tools, was in talks to buy Slack. In a boon year for remote working tools due to the COVID-19 pandemic, Slack has struggled to fully capitalize on the rapid transition due to aggressive competition from the likes of Microsoft Teams.

Slack went public on the New York Stock Exchange (NYSE) last June, opening trading at $38 and a valuation of $23 billion. The company’s shares have more or less been in freefall in the 17 months since, and in the quarter leading up to last week’s rumors, its stock generally hovered between $25 and $32. However, with news of Salesforce’s interest, Slack’s share price shot up to an all-time high of nearly $41.

Salesforce and Slack already have a long-established relationship, with various product integrations going back several years designed to make it easier for enterprises to share data between the two platforms. Salesforce does in fact already have its own enterprise-focused social platform called Chatter, but that is more of a sales-focused tool and one that hasn’t really taken off in a major way. In fact, Salesforce already offers integrations that allow users to share messages between Chatter and Slack, an indication — perhaps — that despite its clear market strength in certain areas, it still lags in others.

However, with Slack under its wing, Salesforce now has a direct artery into the social collaboration fray across the enterprise, allowing it to create deeper integrations across its array of products.

“In order to maintain the high rate of growth that it has achieved for the last few years, Salesforce has been investing in initiatives that will enable it to expand its footprint in customer organisations,” said Angela Ashenden, a principal analyst for workplace transformation at CCS Insight. “However, the majority of its current applications portfolio doesn’t allow it significant reach beyond the sales and marketing organisation.”

Slack also recently launched Slack Connect, enabling up to 20 organizations to communicate in a single Slack channel, which could prove useful for Salesforce teams in terms of communicating with sales prospects.

Despite Slack’s popularity in the workforce, it has been at a major disadvantage compared to the deep-pocketed and expansive Microsoft, which has a huge ecosystems of products which it can shoehorn Teams in alongside.

Microsoft launched its enterprise communication Teams platform back in 2016, and it and Slack have enjoyed some healthy rivalry — Slack even took out a full-page ad in the New York Times telling Microsoft what it needs to do to succeed in the team communication sphere. But relations have sourced in recent times, with Slack CEO Stewart Butterfield often calling out Microsoft over the way it bundles Teams with its broader Office suite, alleging that Microsoft misleads the public with its Teams’ daily active users (DAUs) data to make it seem more popular than Slack.

Indeed, Butterfield has actually long argued that Teams isn’t a true Slack competitor, in that Teams is used primarily for voice- and video-calling, similar to Zoom, noting that “Microsoft benefits from the narrative” that Teams is a direct competitor to Slack.

Amplified by the COVID-19 crisis, which has driven companies to remote collaboration tools — particularly video — Teams has hit the front-foot in a big way.

“Slack has some considerable differentiators still in the market, but the effects of the pandemic and the shift to remote work has made the competition with Microsoft even tougher, given Microsoft’s strength in video meetings, which we have all become so dependent on,” Ashenden added.

A few months back, Slack filed an antitrust complaint against Microsoft in the EU for bundling Teams with Office, asking the European Commission (EC) to take “swift action to ensure Microsoft cannot continue to illegally leverage its power from one market to another by bundling or tying products.”

At the crux of the complaint is that while Slack is broadly available as a standalone service and application with various pricing tiers, Microsoft Teams comes as part of an Office 365 subscription, (though a free version of Teams is available too) — Slack argues that Microsoft is using its market dominance with Office to force millions of people to install Teams, with no way to remove it or even know how much it costs.

Under the auspices of Salesforce, a $225 billion behemoth in the enterprise software space spanning customer service, marketing, analytics, and more, Slack suddenly has a huge enterprise ecosystem into which it can be sold and integrated.

Anshu Sharma, a former VP of product management at Salesforce who later became an investor before cofounding privacy API startups Skyflow, sees a huge benefit for both companies joining together.

“Combining Slack’s product advantage with Salesforce’s sales and marketing muscle creates a powerful combination,” he said. “Slack won the product war but was losing the sales and marketing battle to Microsoft and Google, who have a distribution advantage and deep pockets. With Marc Benioff on their side, Slack will overnight have ten times more salespeople selling its product.”

One small point also worth highlighting is the geographical proximity of Salesforce and Slack, with their respective headquarters a mere stone’s throw away from each other in the Transbay district of San Francisco. That won’t have been a factor in any acquisition decision, of course, but when it comes to integrating teams, talent, and technologies, it does no harm that they are practically neighbors already.