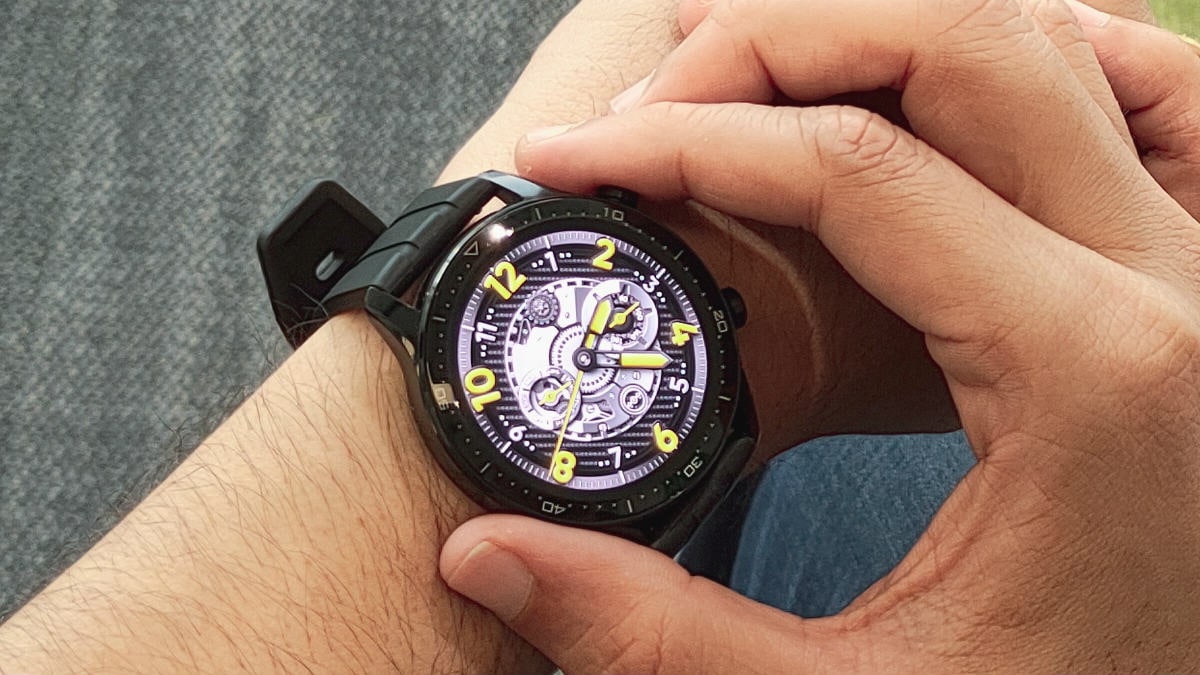 Realme Watch S Pro’s alleged features and specifications have been shared by a tipster on Twitter. As per a tweet, the upcoming smartwatch from Realme will come with an AMOLED touchscreen display, 15 Sports Modes, and 5ATM water resistance, among others. Some key features have already been revealed by the company, and the latest leak adds a few more. Realme has already announced that it will launch the Watch S series along with Buds Air Pro Master Edition TWS earbuds in India on December 23.

As per a tweet by tipster Mukul Sharma, apart from 1.39-inch AMOLED touchscreen display, 5ATM water resistance (water resistant up to 50m), the Realme Watch S Pro will offer 14-day runtime, thanks to its 420mAh battery. It may also come with a stainless steel case and dual-satellite GPS. Other features include blood oxygen and heart rate monitor, 15 Sports Modes, and a “powerful dual processor.”

Realme Watch S Pro is expected to weigh 63.5g with the strap, offer over 100 watch faces, come with a magnetic charging base, and offer support for devices running on Android 5.0 and above. As per the tipster, the support for iOS 9.0 and above will be added at later stages. The upcoming wearable from Realme could also allow users to control music playback and the paired phone’s camera. It will also offer meditation assist, 12/24-hour stopwatch, weather forecast, power-saving mode, and a no-disturb mode.

Realme has already announced that it will launch the Watch S series along with Buds Air Pro Master Edition in India on December 23. The company teased the new products across social media platforms, its own website and Flipkart. Previous reports claimed that the AMOLED display on the smartwatch may have 454×454 pixels resolution, 450 nits brightness, and 1,00,000:1 contrast ratio.