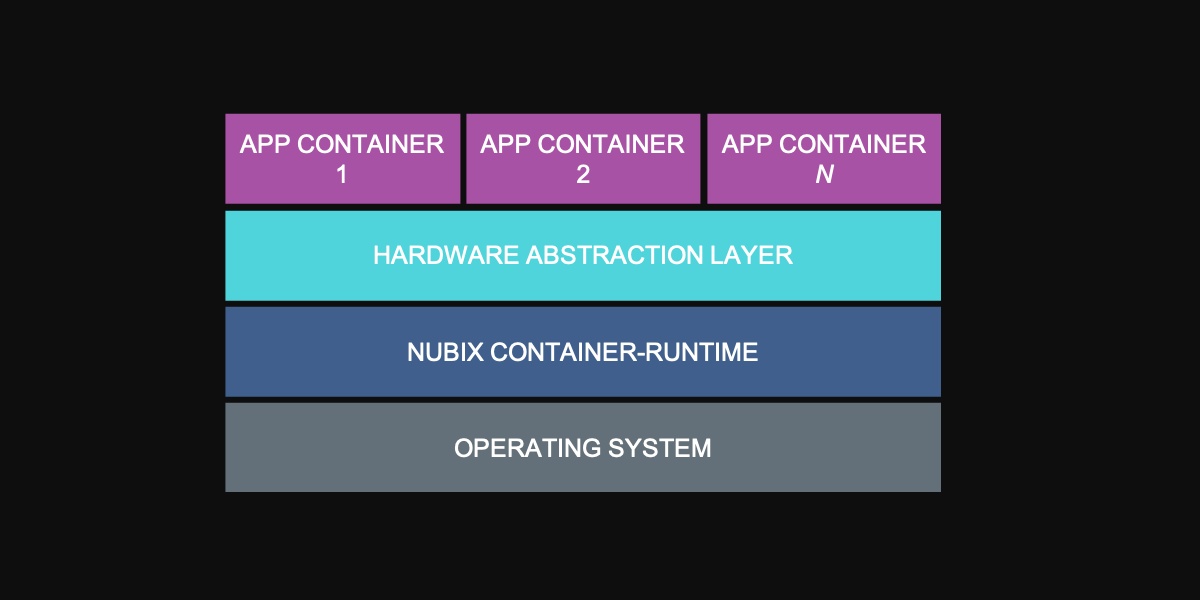 Docker containers are all the rage among developers these days, but they may be too large to be effectively employed on a wide range of edge computing platforms. Nubix this week picked up an additional $2.75 million in seed funding to drive development of a tiny namesake container platform designed for embedded systems that are typically employed in industrial settings.

The current generation of tiny Nubix containers can be as small as 32 kilobytes, roughly 100 times smaller than Docker containers. As is the case with all containers, building applications from the ground up using them requires a fair amount of skill. The funding led by Tuscan Management with a strategic investment from Chevron Technology Ventures will be employed to create a next-generation Nubix container platform that will make it easier for developers to encapsulate existing logic and firmware, Nubix CEO Rachel Taylor said in an interview with VentureBeat.

That approach will make it simpler for organizations that have already built and deployed an embedded system to reuse that code, she added.

Nubix currently has a handful of proof-of-concept projects deployed in collaboration with other companies. One of those companies is a large OEM that builds embedded systems for industrial control systems. Another company built an application to monitor oil and gas wells, Taylor said. As part of that effort, the company has also prepackaged machine learning algorithms with containers that make it simpler to embed analytics within a container application.

Taylor said the next step for Nubix is to hire a half-dozen more software engineers to help build the new platform while working on additional proofs of concept projects.

Nubix has now raised a total of $4.5 million, and Tuscan Management managing partner Joshua Silber is joining the company’s board. Other new investors participating in this latest round include Blackhorn Ventures, Engage Ventures, Center Electric, Momenta Ventures, and Mentors Fund. Bee Partners, an original investor in the company, also joined the round. Nubix expects to move toward a series A round of funding sometime in the next 12 to 16 months.

Edge computing platforms come in all shapes and sizes. For example, telecommunication carriers are deploying hyperconverged systems at the edge that are essentially miniature datacenters that can easily run Linux and Docker containers. However, other edge computing applications involving industrial control systems typically require a real-time operating system capable of running on platforms based on, for example, a Raspberry Pi processor with a limited amount of memory.

“The industrial edge is our focus,” Taylor said. “This is really about the last mile of deployment.”

It may be a while before massive numbers of platforms deployed at the very edge of a network are running containerized applications. However, the number of these platforms that will exist will soon measure in the hundreds of billions. According to a recent report from Arm, there are already 160 billion devices deployed at the edge, with 6.4 billion shipped in the last quarter of 2019.

Interest in connecting those devices to the internet to make it simpler to remotely add new functionality has been on the rise for several years now, but building and securely deploying application code across hundreds of edge computing platforms has always been difficult. In the wake of the COVID-19 pandemic, that issue has become even more problematic because organizations are reluctant to dispatch IT staff to physically update embedded systems.

While Nubix is currently focused on industrial applications, this same container issue will raise its head across a much wider range of vertical industries as the cavalcade of use cases for Internet of Things (IoT) devices continues to increase.