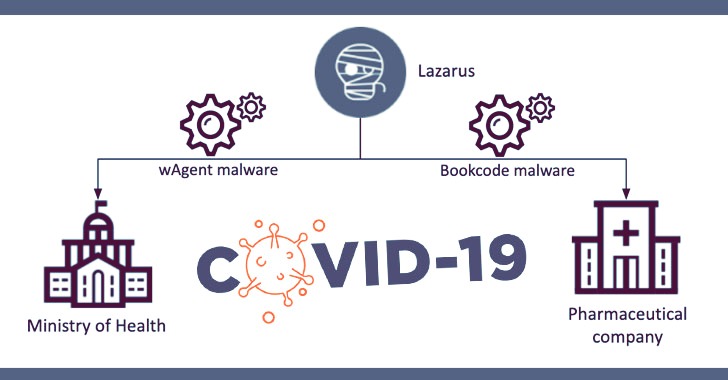 Threat actors such as the notorious Lazarus group are continuing to tap into the ongoing COVID-19 vaccine research to steal sensitive information to speed up their countries’ vaccine-development efforts.

Cybersecurity firm Kaspersky detailed two incidents at a pharmaceutical company and a government ministry in September and October leveraging different tools and techniques but exhibiting similarities in the post-exploitation process, leading the researchers to connect the two attacks to the North Korean government-linked hackers.

“These two incidents reveal the Lazarus group’s interest in intelligence related to COVID-19,” Seongsu Park, a senior security researcher at Kaspersky, said. “While the group is mostly known for its financial activities, it is a good reminder that it can go after strategic research as well.”

Kaspersky did not name the targeted entities but said the pharmaceutical firm was breached on September 25, 2020, with the attack against the government health ministry occurring a month later, on October 27.

Notably, the incident at the pharmaceutical company — which is involved in developing and distributing a COVID-19 vaccine — saw the Lazarus group deploying the “BookCodes” malware, recently used in a supply-chain attack of a South Korean software company WIZVERA to install remote administration tools (RATs) on target systems.

The initial access vector used in the attack remains unknown as yet, but a malware loader identified by the researchers is said to load the encrypted BookCodes RAT that comes with capabilities to collect system information, receive remote commands, and transmit the results of the execution to command-and-control (C2) servers located in South Korea.

In a separate campaign aimed at the health ministry, the hackers compromised two Windows servers to install a malware known as “wAgent,” and then used it to retrieve other malicious payloads from an attacker-controlled server.

As with the previous case, the researchers said they were unable to locate the starter module used in the attack but suspect it to have a “trivial role” of running the malware with specific parameters, following which wAgent loads a Windows DLL containing backdoor functionalities directly into memory.

Irrespective of the two malware clusters employed in the attacks, Kaspersky said the wAgent malware used in October shared the same infection scheme as the malware that the Lazarus group used previously in attacks on cryptocurrency businesses, citing overlaps in the malware naming scheme and debugging messages, and the use of Security Support Provider as a persistence mechanism.

The development is the latest in a long list of attacks capitalizing on the coronavirus pandemic — a trend observed in various phishing lures and malware campaigns throughout the last year. North Korean hackers are alleged to have targeted pharma firms in India, France, Canada, and the UK-based AstraZeneca.