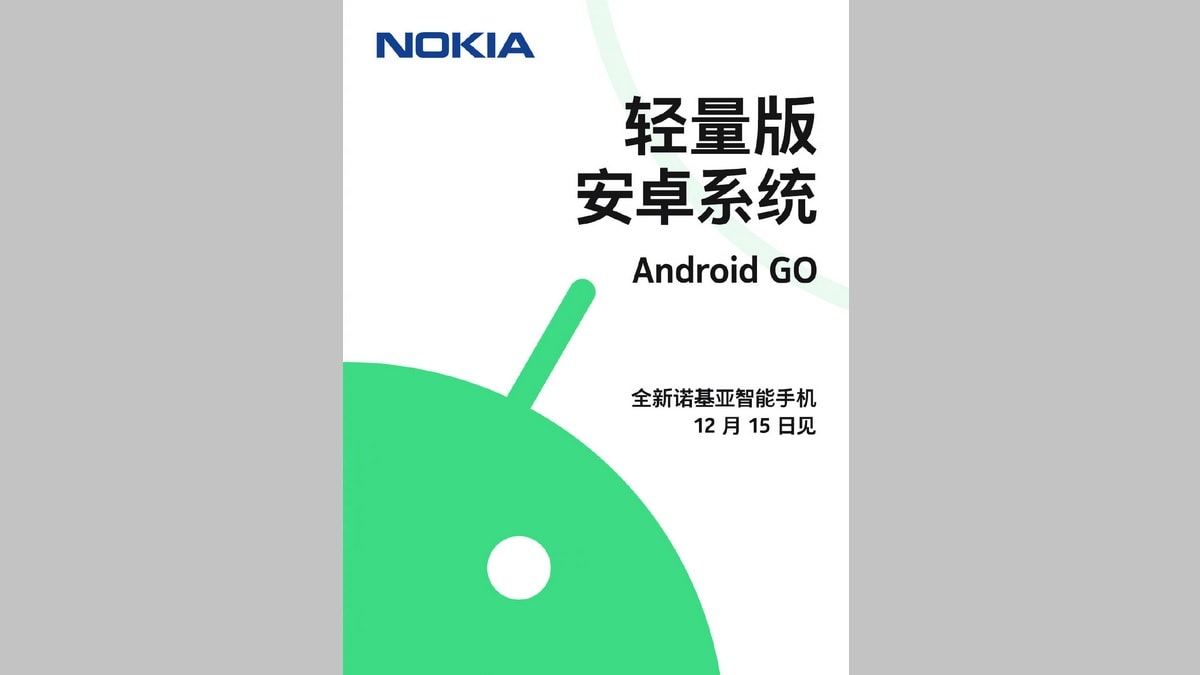 Nokia will launch an Android 10 (Go edition)-powered smartphone on December 15 in China, the company shared on Chinese microblogging website Weibo. This will be Nokia’s first phone for the Chinese market running the lightweight version of Android 10 OS. The post does not come with any specifications for the phone or even its name, but it would be interesting to see what workaround Nokia has used to bring the Google apps-powered OS to China.

Nokia is going to unveil a new smartphone, presumably a budget-friendly one, running Android 10 (Go edition) in China on December 15. The company shared the development through a post on Weibo that does not carry much except the text “#NokiaFL# is purer and more concise!” (translated).

Nokia-brand licensee HMD Global is expected to launch Nokia 5.4 and Nokia 9.3 PureView soon. The specifications for Nokia 5.4 were recently tipped, alongside the listing for another Nokia phone on TENAA. It is expected to feature the Snapdragon 662 SoC, 4GB RAM, 128GB storage, and a quad rear camera setup.

On the other hand, Nokia 9.3 PureView was expected to launch towards the end of this year but a recent report claimed that it has been postponed to the first half of 2021. Nokia 5.4 will be a budget-friendly offering while the Nokia 9.3 PureView will be a flagship smartphone from the company.

Is Android One holding back Nokia smartphones in India? We discussed this on Orbital, our weekly technology podcast, which you can subscribe to via Apple Podcasts, Google Podcasts, or RSS, download the episode, or just hit the play button below.