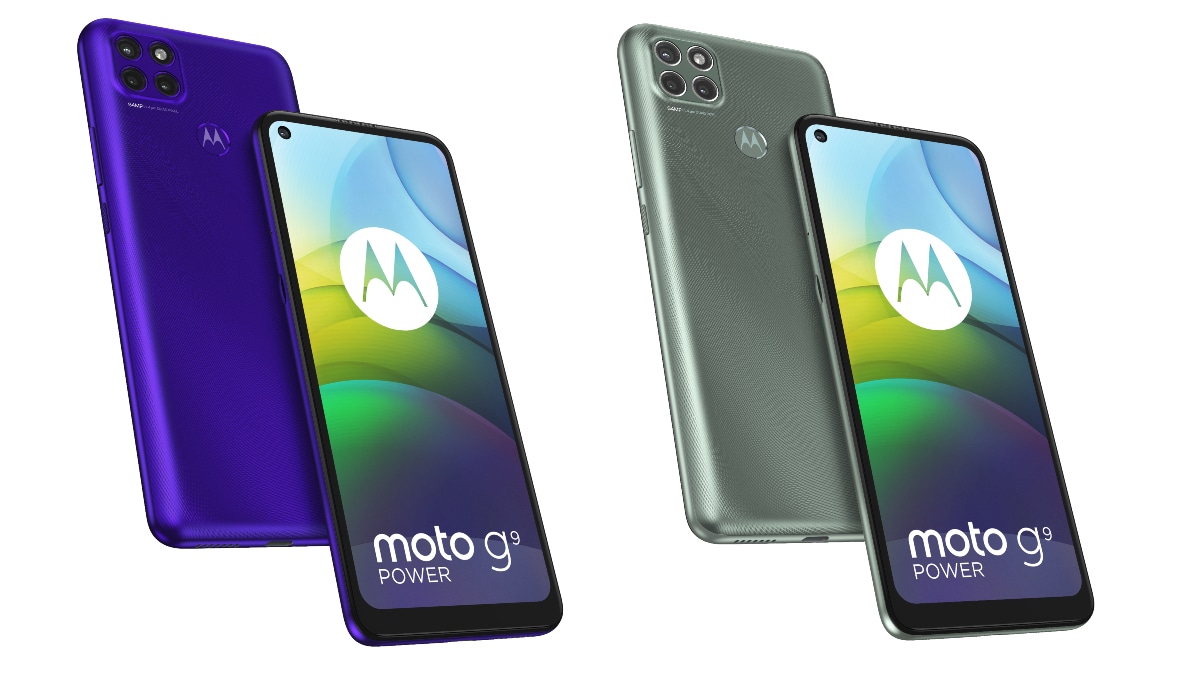 Moto G9 Power has launched as the latest smartphone offering by the company. This phone is said to be the last in the Moto G9 family, which includes the Moto G9, Moto G9 Plus, and Moto G9 Play. The Moto G9 Power has launched in Europe, and it packs a large 6,000mAh battery to keep the phone running longer. It is equipped with a triple camera setup at the back with a 64-megapixel main camera and is powered by the Qualcomm Snapdragon 662 SoC.

Motorola UK tweeted to announce the Moto G9 Power. The phone is priced in Europe at EUR 199 (roughly Rs. 17,400) for the lone 4GB RAM + 128GB storage option. The phone has launched in shades of Electric Violet and Metallic Sage. It will be available in selected countries in Asia, Latin America, and the Middle East in the coming week. There is no clarity on whether the Moto G9 Power will launch in India or not.

The Moto G9 Power has a triple camera setup with a 64-megapixel primary sensor (f/1.79 aperture), a 2-megapixel macro sensor (f/2.4), and an additional 2-megapixel depth sensor(f/2.4). Up front, the phone has a 16-megapixel camera with f/2.2 aperture for selfies and video calling.