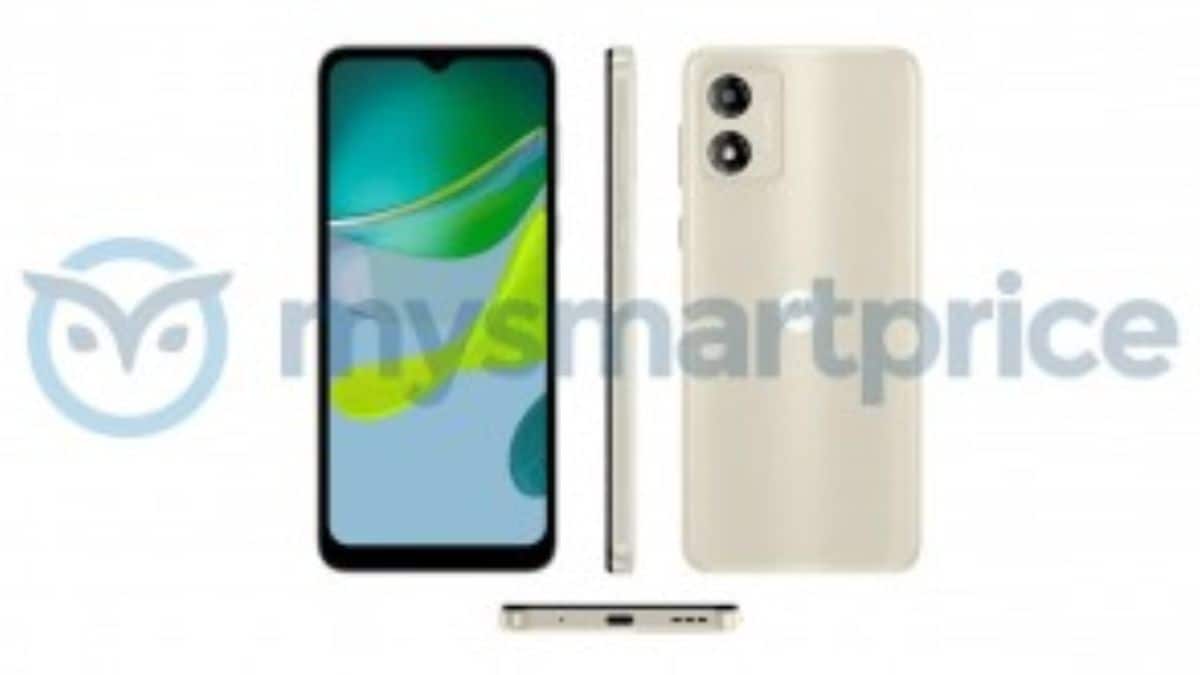 Moto E13 smartphone from Motorola has reportedly been subjected to a render leak that seems to suggest the upcoming entry-level smartphone’s basic design and camera details. The smartphone, which was earlier tipped to be powered by an Unisoc T606 SoC while running on Android 13 out-of-the-box, has now reportedly been spotted in a beige colour offering that sports a curved rear panel. Meanwhile, in terms of camera, the rear setup seems to be made of a single camera sensor.

According to a report by Mysmartprice, the purported upcoming Moto E13 entry-level smartphone device has been spotted in an alleged official render sporting a beige colour plastic frame. The rear side, which is apparently curved in shape, is seen housing a single camera module above a slot for an LED flash inside a second cutout. The traditional Motorola batwing logo can be seen at the center of the rear panel.

In terms of connectivity, the phone seems to sport a USB type-C port on the bottom, alongside a speaker grille and a microphone cutout. The render seems to suggest that the Moto E13 will sport a rather flat frame that houses the power and volume toggle buttons on its right side.

The display on the Moto E13 seems to be a waterdrop notch design with bezels that are narrow around the screen but seems to get very thick at the chin of the purported smartphone.

The Lenovo-owned smartphone manufacturer Motorola’s purported E-series phone, Moto E13, had earlier been spotted on Geekbench website, which suggested that the entry-level smartphone could be powered by an octa-core processor paired with 2GB of RAM, while running on Android 13 out-of-the-box. The octa-core processor was spotted as an Arm chipset codenamed m170, which could be the Unisoc T606 SoC.

In terms of processor performance, it reportedly scored 318 in the single-core test while scoring 995 points in multi-core Geekbench tests.

However, it is important to note that there has been no official confirmation on the name, specifications, pricing, or launch details of the purported entry-level smartphone from the Lenovo-owned smartphone manufacturer, Motorola.

Twitter Working to Introduce Payments Feature Amid Drop in Advertising Income: Report
Why AMD is faring much better than Intel in the same tough economy
Twitter to Share Ad Revenue With Some of Its Content Creators, Says Elon Musk
Redmi Smart Band 2 With 1.47-Inch TFT Display Launched: Price, Specifications
Apex Legends Mobile Is Shutting Down in May, EA Won’t Offer Refunds for In-Game Purchases