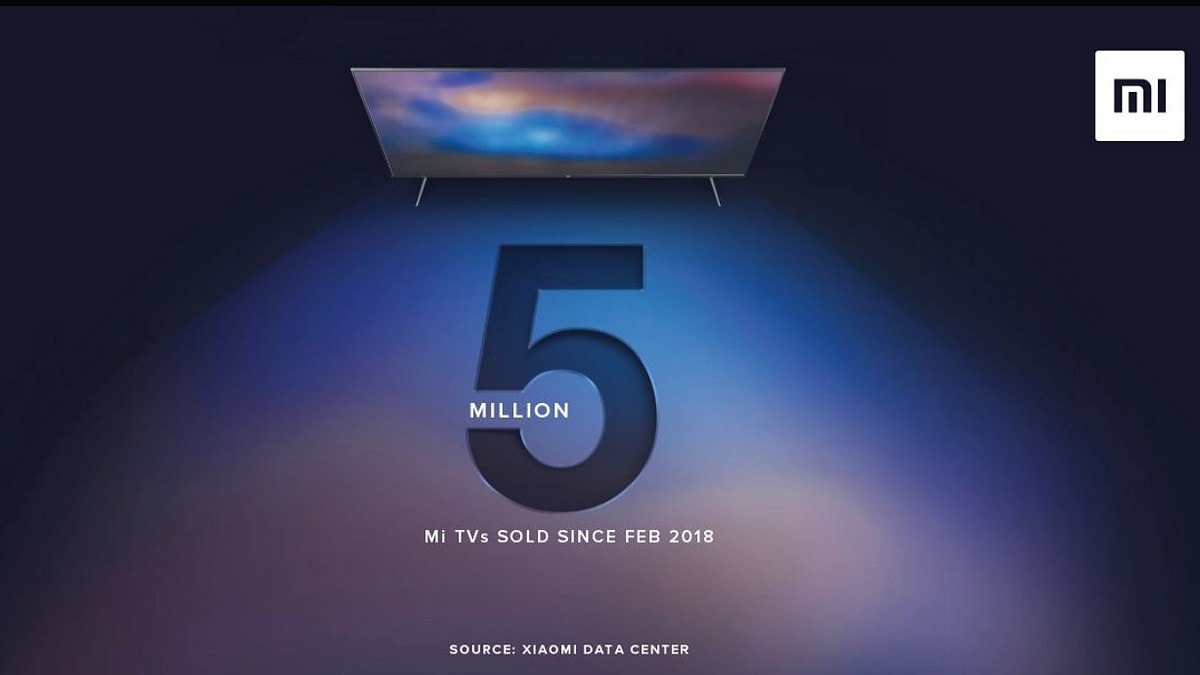 Xiaomi India shared that it has sold five million Mi TV models since 2018. The development has been shared on Twitter via the official Mi India account and the sales number has been taken from Xiaomi Data Center. The first Mi TV model, Mi TV 4, was launched in India in February 2018 and Xiaomi called it the world’s thinnest LED TV at the time. The company garnered a lot of attention with its Mi TV series, thanks to their budget-friendly pricing and impressive specifications.

The tweet by Mi India states the company has shipped five million Mi TV models in India since 2018, which is when the first Mi TV came out. The first Mi TV was Mi TV 4 that was released in February 2018. Thanking the fans for their support, the post asks customers to name which Mi TV they own. The five million number has come from Xiaomi Data Center.

Back in March this year, Xiaomi crossed the four million mark for its Mi TV models in India. This means that in the past nine months, the company sold around one million more Mi TV models. The Mi TV series grew in popularity because of its budget-friendly pricing and wide variety of models to choose from. Mi TV 4 is a 55-inch 4K smart TV that was launched at Rs. 39,999 and since then, there have been several additions to the series.