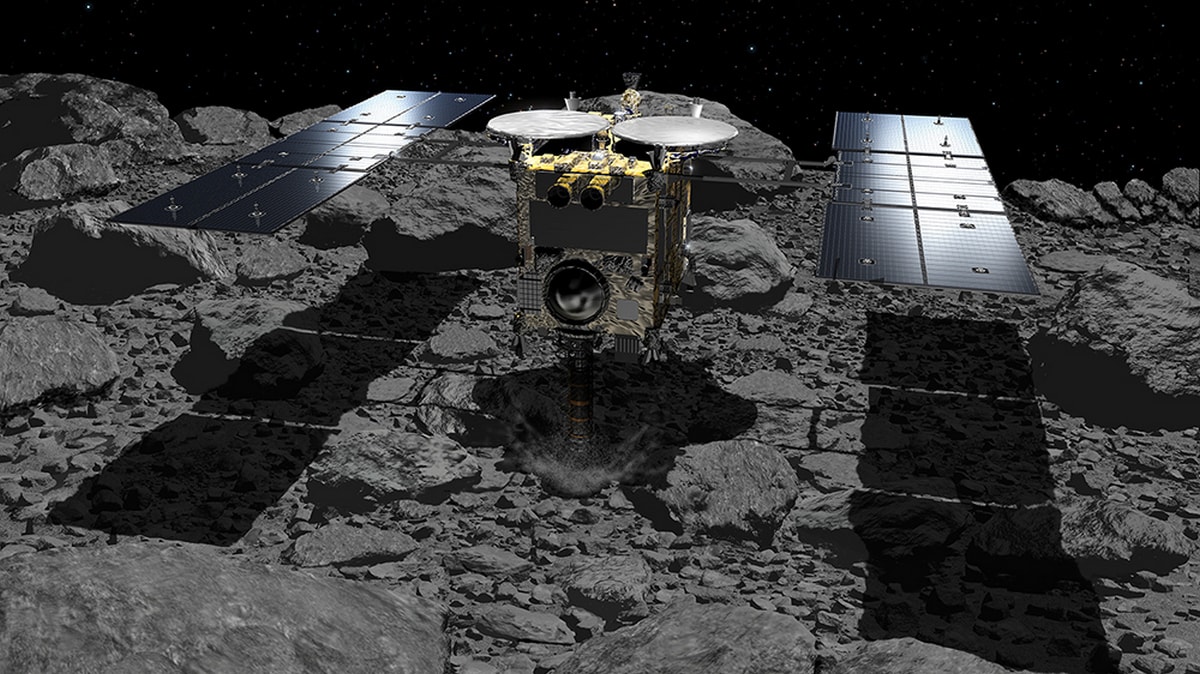 Japan space agency officials on Sunday hailed the arrival of rare asteroid samples on Earth after they were collected by space probe Hayabusa2 during an unprecedented mission.

In a streak of light across the night sky, a capsule containing the precious specimens taken from a distant asteroid arrived on Earth after being dropped off by the probe.

Scientists hope the samples, which are expected to amount to no more than 0.1 grams of material, could help shed light on the origin of life and the formation of the universe.

“After six years of space travel, the box of treasures was able to land in Australia’s Woomera this morning,” Databus-2 project manager Yuichi Tsuda told a press conference.

The capsule carrying samples entered the atmosphere just before 2:30am Japan time (11:00pm Saturday IST), creating a shooting-star-like fireball as it entered Earth’s atmosphere en route to the landing site Down Under.

A few hours later, the Japan Aerospace Exploration Agency (JAXA) confirmed the samples had been recovered, with help from beacons emitted by the capsule as it plummeted to Earth after separating from Hayabusa2 on Saturday, while the fridge-sized probe was about 220,000 kilometres (137,000 miles) away.

“The capsule landed in perfect form, and the probe is moving on to another mission,” Tsuda said.

The capsule, recovered in the southern Australian desert, will now be in the hands of scientists performing initial analysis including checking for any gas emissions.

It will then be sent to Japan.

“2020 has been a difficult year all around the world” but the Hayabusa2 helped “renew our faith in the world, and our trust (in) and appreciation” of the science of the outer universe, she said.

Samples with organic material?
The samples were collected by Hayabusa2, which launched in 2014, from the asteroid Ryugu, about 300 million kilometres from Earth.

The probe collected both surface dust and pristine material from below the surface that was stirred up by firing an “impactor” into the asteroid.

The material is believed to be unchanged since the time the universe was formed.

Larger celestial bodies like Earth went through radical changes including heating and solidifying, changing the composition of the materials on their surface and below.

But “when it comes to smaller planets or smaller asteroids, these substances were not melted, and therefore it is believed that substances from 4.6 billion years ago are still there,” Hayabusa2 mission manager Makoto Yoshikawa told reporters before the capsule arrived.

Scientists are especially keen to discover whether the samples contain organic matter, which could have helped seed life on Earth.

“We’ve never had materials like this before… water and organic matters will be subject to research, so this is a very valuable opportunity,” said Motoo Ito, senior researcher at the Japan Agency for Marine-Earth Science and Technology.

Half of Hayabusa2’s samples will be shared between JAXA, US space agency NASA and other international organisations, and the rest kept for future study as advances are made in analytic technology.

More tasks for Hayabusa2
The work is not over for Hayabusa2, which will now begin an extended mission targeting two new asteroids.

It will complete a series of orbits around the sun for around six years before approaching the first of the asteroids, named 2001 CC21, in July 2026.

The probe will not get as close as it did to Ryugu, but scientists hope it will be able to photograph CC21 and that the fly-by will help develop knowledge about how to protect Earth against asteroid impact.

Hayabusa2 will then head towards its main target, 1998 KY26, a ball-shaped asteroid with a diameter of just 30 metres.

When the probe arrives at the asteroid in July 2031, it will be approximately 300 million kilometres from Earth.

It will observe and photograph the asteroid, no easy task given that it is spinning rapidly, rotating on its axis about every 10 minutes.

But Hayabusa2 is unlikely to land and collect samples, as it probably would not have enough fuel to return them to Earth.