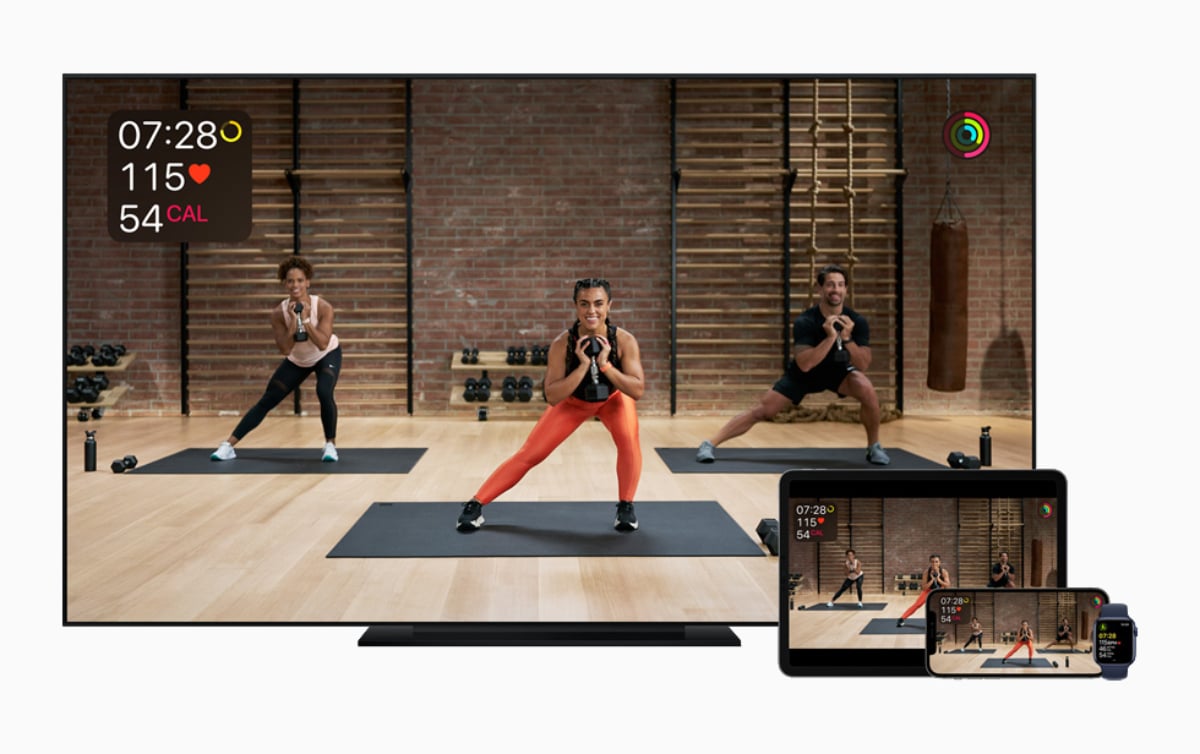 Apple has rolled out new updates for iPhone, iPad, and Apple Watch with the official launch of Apple Fitness+ service. The iOS 14.3 update brings a lot of new features, including ProRaw support for the iPhone 12 Pro and the iPhone 12 Pro Max that bumps up the camera capabilities of the top-tier phones. The iOS and iPadOS 14.3 also bring support for Apple’s recently launched AirPods Max over-ear headphones and introduces new privacy labels on the App Store pages. WatchOS 7.2 brings support for Apple Fitness+ on the Apple Watch, along with new cardio fitness score and alerts. Apple has also released the iOS 12.5 update that brings COVID-19 Exposure Notifications, apart from some security updates. Here’s a roundup of the new features and fixes that come with iOS 14.3, iOS 12.5, iPadOS 14.3, and WatchOS 7.2 updates.

Starting with the big news, the iOS 14.3 brings support for Apple Fitness+, a new fitness service from Apple that includes studio-style workout videos that can be watched on iPhone, iPad and Apple TV. The videos will also display Apple Watch (Series 3 and later) fitness metrics, such as average heart rate and calories burned, on the top right side of the screen. The videos updated weekly will have ten workout formats: High Intensity Interval Training, Indoor Cycling, Yoga, Core, Strength, Dance, Rowing, Treadmill Walking, Treadmill Running, and Mindful Cooldown.

Apple Fitness+ subscription is initially available in US, UK, Australia, Canada, Ireland, and New Zealand. It’s important to note that the service is deeply integrated with Apple Watch and users can’t sign up for Fitness+ without it. But, interestingly, Apple says users will be able to follow the workouts without the Apple Watch after signing in. The Apple Fitness app does not come as a default on iPad tablets and has to be manually downloaded from the App Store. But as per a report by 9to5Mac, some users have reported having trouble downloading the Fitness app on their iPads.

The iOS 14.3 brings ProRAW support on the iPhone 12 Pro and the iPhone 12 Pro Max. This means that the two phones can now capture pictures in Apple’s ProRaw format and also edit them on the Photos app. The update will bring a simple ProRaw toggle to the Camera app. But each photo captured in the format will be upwards of 25MB, and, therefore, ProRaw is best used sparingly if space is a constraint.

The Photos app on iPhone and iPad will get an option to record videos at 25fps. iPhone 6s, iPhone 6s Plus, iPhone SE, iPhone 7, iPhone 7 Plus, iPhone 8, iPhone 8 Plus, and iPhone X will also be able to mirror the front camera for still photos with the iOS 14.3 update.

Among other highlights of the iOS and iPadOS 14.3 are changes to the Weather app. Your devices will now be able to relay air quality recommendations through the app and through Siri in India and US, along with the UK, Germany, and Mexico. The air quality levels data is provided by Breezometer.

There’s a new tab in the Apple TV+ app that makes it easier to discover Apple Originals. You can now also search for shows by categories, such as genres, and see recent searches and suggestions as you type.

Apple says that the Health app is getting the ability to indicate pregnancy, lactation, or contraceptive use in Cycle Tracking, which will help to better manage period and fertile window predictions.

Safari is getting a new default search engine option in Ecosia. The search engine claims to use the ad revenue earned to fund tree plantation drives. The new search engine adds to the existing options of Google, Yahoo, Bing, and DuckDuckGo. The iOS and iPadOS 14.3 update also includes support for launching App Clips by scanning Apple-designed App Clip Codes via the Camera app or from Control Center.

Bug fixes address problems with receiving MMS messages and notifications for text messages, videos not appearing correctly when shared via the Photos app, Bluetooth unavailable in Settings, devices not being able to charge wirelessly (including a Magsafe Duo Charger issue that prevented devices from charging wirelessly at less than maximum power). The iOS and iPadOS 14.3 update also fixes the problem of App folders not opening, Spotlight search results and opening apps from Spotlight not working, wireless accessories and peripherals using the WAC protocol failing to complete setup, and groups on the Contacts app failing to display members when composing a message.

The Apple release notes also notifies the addition of a new privacy information section on the App Store. This is the introduction of the privacy labels that mandates developers to detail how they process user data, a move recently criticised by WhatsApp for favouring Apple’s native apps. The iOS and iPadOS 14.3 update also adds new security information.

For the iPhone and iPad models that don’t support iOS 14, Apple has also released the iOS 12.5 update that brings COVID-19 Exposure Notifications. The devices use Bluetooth to exchange Bluetooth identifiers when two or more users come in contact. A user who tests positive can update their health status on the Exposure Notification application being used in their region. This will send a notification to all users who have come in contact with the person to get tested. Apple and Google have partnered to provide this service, which, the companies say, does not collect location data. Apple says that the iOS 12.5 update also brings some security updates to older iPhone and iPad models and is recommended for all users.

Apple Watch is also getting a new WatchOS 7.2 update primarily to include support for Apple Fitness+, accessible via the Fitness app. Users can watch the videos on supporting devices, such as iPhones, iPads and Apple TV, but won’t be able to sign up for the service without an Apple Watch. The Apple Watch workout stats, including total time, total and active calories burned, and the impact of the workout on your activity rings, will be prominently displayed on the device you are watching the videos on, which could be an iPhone, an iPad, or an Apple TV. The metrics displayed will also include average heart rate along with something called Burn Bar, which compares your effort to others who have done the same workout.

Apart from the possible health benefits from the subscription-based service, the update also brings new cardio health notifications to the Apple Watch. The wearable can now notify you when your Cardio Fitness Level is low. The calculation of cardio fitness is based on VO2 Max (oxygen utilisation in your blood at any given point), which is similar to Fitbit’s cardio score but additionally includes notifications to remind users of their cardio health. Users above the age of 20 can also review their Cardio Fitness Level — calculated on the basis on age, sex and activity — in the Health app on iPhone.

The iOS 14.3 update is for iPhone 6S and later, and the iPadOS 14.3 update applies to iPad Air 2 and later, iPad mini 4 and later, and iPod touch (7th generation). To download the updates, you’ll need sufficient battery on your devices or will have to put them charging. To check if you have got the update yet, go to Settings > General > Software Update, and click on Download and Install. Follow the same process for iOS 12.5, which is available for the iPhone 5s, iPhone 6, iPhone 6 Plus, iPad Air, iPad mini 2, iPad mini 3, and iPod touch (6th generation).

The WatchOS 7.2 has rolled out for Apple Watch Series 3 or later (including Apple Watch SE). Apple mandates you to put your watch on charge to begin the update. In the Watch app on your supporting iPhone, you can similarly navigate to Settings > General > Software Update, and click on Download and Install to get the update. The updates have been rolled out to users in India.