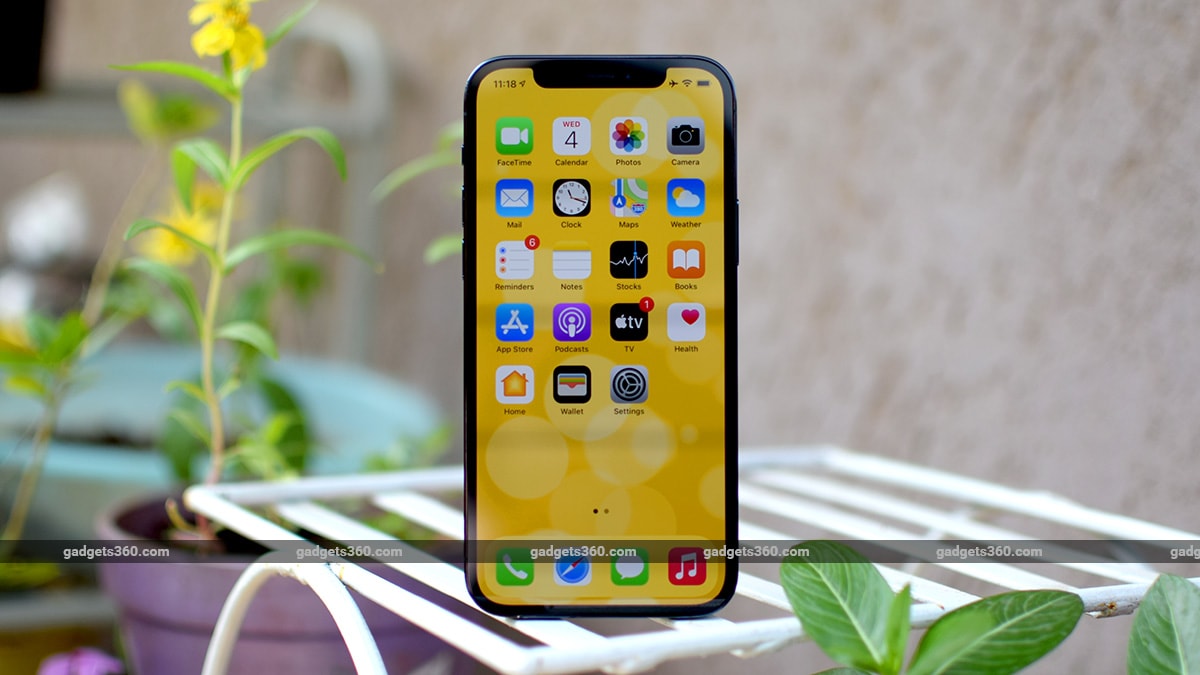 Apple has released the first developer beta of iOS 14.3 that suggests a series of features coming to iPhone users. These include ProRAW photo format for the iPhone 12 Pro and iPhone 12 Pro Max, a new Home app, and an option to consider Ecosia as a new default search option. The iOS 14.3 beta release also suggests Cardio Fitness notifications for Apple Watch users. Additionally, the new beta version includes references to Apple’s rumoured over-ear headphones as well as the much-anticipated AirTags.

As reported by 9to5Mac, the first developer beta of iOS 14.3 brings the option to enable the ProRAW format. It can be accessed by going through Settings > Camera > Formats. Once enabled, a new RAW toggle will be visible on the upper-right corner of the Camera app. You will just need to tap that toggle to enable or disable the ProRAW format for your photos.

It is important to note that ProRAW is limited to the iPhone 12 Pro and iPhone 12 Pro Max. The format essentially combines Apple’s computational photography and multi-frame image processing along with the traditional benefits of the RAW format. This helps enhance image results and ease editing.

Alongside ProRAW, the first iOS 14.3 beta brings the new Home app that lets you natively install software updates for third-party HomeKit accessories. This means that you won’t be required to go into the dedicated app of your HomeKit accessories to install their latest updates on your iPhone. The experience is as natural as installing updates for the HomePod through the Home app, 9to5Mac reports.

The iOS 14.3 beta also includes Ecosia as a default search engine — alongside the existing options, namely Google, Yahoo, Bing, and DuckDuckGo. The new beta update also brings the ability to receive Cardio Fitness notifications through your Apple Watch. Apple had teased Low Cardio Fitness notifications for later this year. However, you just need iOS 14.3 on your iPhone and watchOS 7.2 on your Apple Watch to get the latest experience.

With iOS 14.3, Apple is also seen to have started suggesting third-party apps to users during the setup process of a new iPhone. 9to5Mac claims that the latest beta code contains clear evidence of the new change.

Apple might not bring third-party app suggestions for all its users globally and implement the change for limited markets initially. The code reportedly says, “In compliance with regional legal requirements, continue to view available apps to download.” This may help the Cupertino company bargain better in the ongoing antitrust and anti-competitive lawsuits.

The iOS 14.3 beta also includes an icon suggesting Apple’s over-ear headphones, 9to5Mac reports. The headphones icon was visible in a pairing video of the Find My app in the latest beta version, according to MacRumors contributing writer Steve Moser.

New Pairing video in the Find My app in iOS 14.3 beta 1 with the codename Hawkeye hints at Apple Tags support and new Apple over ear headphones. pic.twitter.com/oVdCLQcaWc

Apple had previously suggested its new headphones, which are rumoured as AirPods Studio, through two distinct icons available in an early build of iOS 14. Those icons were available in black and white colours, suggesting the hues of the company’s rumoured in-house headphones.

If we look at the rumour mill, Apple was expected to unveil its over-ear headphones with a retro look and oval-shaped ear cups. The headphones were slated to debut later this year, though there isn’t any official announcement confirming its launch.

Alongside the headphones, the iOS 14.3 beta also includes evidence of the existence of the AirTags. There is a hidden section in the Find My app with a codename “Hawkeye” that could be for AirTags as well as third-party tracking accessories including Tile, says 9to5Mac.

The Find My app on the latest iOS beta reportedly shows a guide to users to let them set up tracking tags on their accessories such as bags, suitcases, and key chains and find them directly through the Find My network.

As per the details available through the code of the Find My app, users could be able to track their AirTags and other tracking tags even when offline using Bluetooth connectivity. Some sound alerts could also be produced to find lost items that are connected with the tracking tags. Further, the code suggested that AirTags in particular could be connected to an Apple ID for enhanced security.

Details about the launch of AirTags are yet to be revealed. Nevertheless, the references available within the iOS 14.3 beta suggest that it could just be a matter of time before they are launched.

Apple has just seeded iOS 14.3 beta to developers for testing purposes. However, there is no word on when the new update would reach the general public.