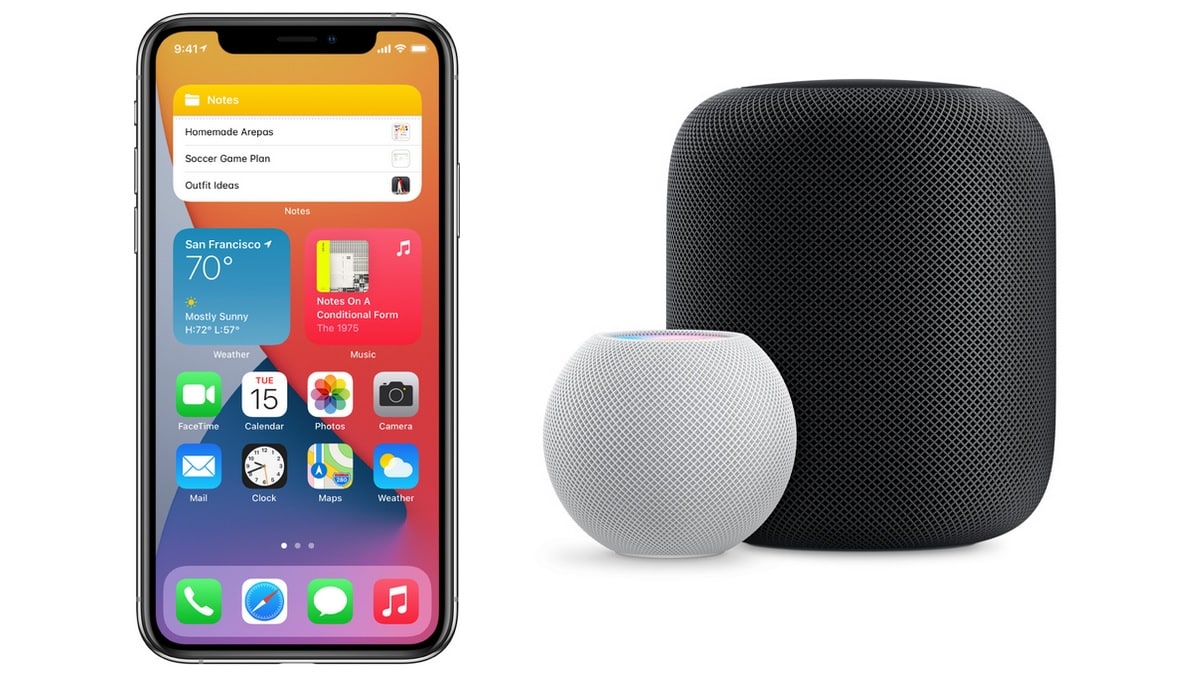 Apple has released software updates for its iPhones and iPads, smartwatch, HomePod, tvOS, and laptops. iPhones get iOS 14.2 and older models have received iOS 12.4.9. Apple Watch models have got watchOS 7.1, HomePod and tvOS get software version 14.2, and macOS gets Catalina 10.15.7 supplemental update. There are a lot of improvements and big fixes in the iOS updates while watchOS 7.1 brings ECG functionality to additional regions, along with other features. The HomePod update brings enhanced home theatre support along with various bug fixes.

The iOS and iPadOS updates are available for iPhone 6s and later, iPod touch 7th generation, iPad Air 2 and later, and iPad mini 4 and later. iOS 14.2 brings more than 100 new emoji, eight new wallpapers in both light and dark versions, notifications for headphone audio level that shows alerts when the volume could impact hearing. Additionally, there are new AirPlay controls, intercom support with HomePod and HomePod mini, and users can now connect HomePod to Apple TV 4K to get stereo, Dolby Atmos audio, and surround sound.

iOS 12.4.9 brings important security updates to older iPhone models. This is for the iPhone 5s, iPhone 6 and 6 Plus, iPad Air, iPad mini 2 and 3, and iPod touch (6th generation)

Additionally, iPadOS 14.2 brings Auto FPS and Scene Detection in the Camera app for better video and photo quality. There are several bug fixes as well including a Camera viewfinder bug which made it appear black when launched, Lock Screen keyboard missing touches, issues with Photos widget, and many more.

The watchOS 7.1 update adds support for ECG on Apple Watch Series 4 or later in the Republic of Korea and Russia. These regions also get support for irregular heart rhythm notifications. It fixes an issue with the Apple Watch not being able to unlock the Mac. watchOS 7.1 also brings the notification for when the audio level may be getting too high.

With HomePod and tvOS software update 14.2, users can now pair two HomePods on an Apple TV to get stereo and surround sound with Dolby Atmos. There are several bug fixes as well.