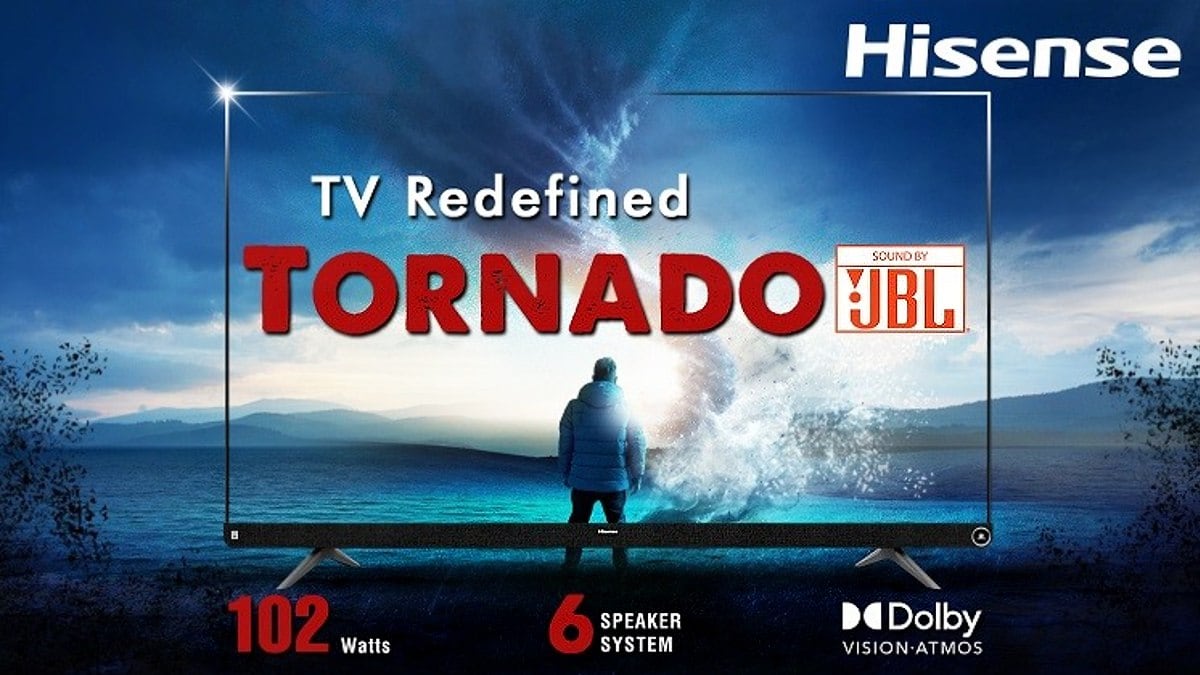 Hisense Tornado 4K TVs have been announced in 55-inch and 65-inch screen sizes in India, powered by six 102W JBL speakers and Dolby Atmos. The TVs in this series run on Android TV 9 and have features such as Dolby Vision, and inbuilt Google Assistant and Chromecast support. As per the company, the Tornado 4K series offers a balance of stylish design and powerful sound. The TVs have a nearly bezel-less design.

Hisense Tornado 4K TVs run on Android TV 9 and offers inbuilt Google Assistant and Chromecast support. The TVs have a nearly bezel-less design, along with HDR 10 and HLG support.

The TVs under the Tornado 4K series by Hisense have a six-speaker system, compromising of four full-range speakers and two high-frequency speakers. They are integrated with JBL speakers and deliver 102W output. The TVs are powered by the latest Dolby Atmos technology.

The customised contrast enhancement curves of ultra-dimming technology across the entire screen of the TV provide brighter whites and darker blacks, as per the company.

Tanishka Sodhi
Tanishka Sodhi is a sub-editor at Gadgets 360. As a journalist, she has covered education, culture, and media and mental health. She is interested in the intersection of technology and culture, and its impact on everyday lives. Tanishka is a staunch advocate of gender equality, and the correct use of commas. You can get in touch with her via Twitter at @tanishka_s2 or drop a mail at [email protected]
More