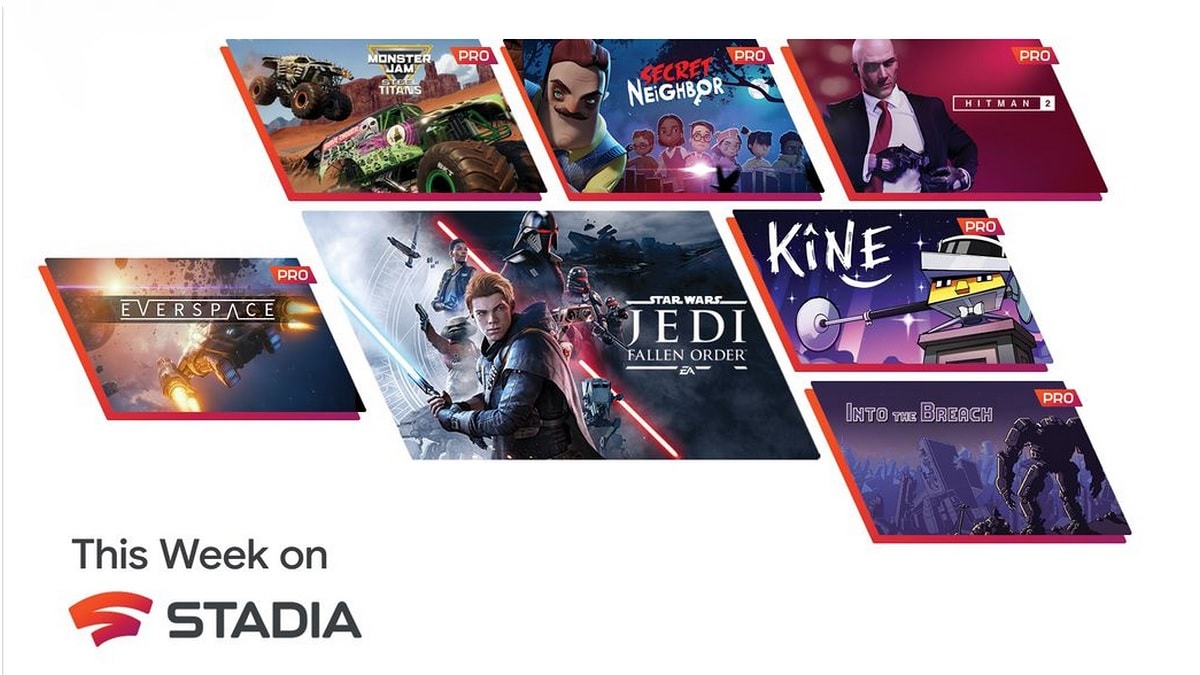 Google Stadia is adding six new games to its growing collection on December 1 as part of Stadia Pro. The development was shared on the official Stadia community forum and these games include Hitman 2, Into the Breach, Everspace, and more. Currently, there are over 30 games available as part of the Stadia Pro subscription that costs $9.99 (roughly Rs. 740) per month. Additionally, Stadia Director of Games Jack Buser reportedly shared during an interview that 400 new games will be heading to Stadia.

As per the post on the Stadia community page, six new free games are coming to Stadia Pro on December 1. All six games can be claimed in the month of December and will be available for users to play till they have their Pro subscription. The games include Into the Breach, Hitman 2, Kine, Monster Jam Steel Titans, Everspace, and Secret Neighbor.

There are over 30 games in the Stadia Pro library right now. These games can be played for free if users are subscribed to Stadia Pro and November 30 will be the last date for Stadia Pro subscribers to claim SUPERHOT, Little Nightmares, Power Rangers: Battle for the Grid, Super Bomberman R Online, Hello Neighbor, for free.

In an interview with Mobilesyrup, Stadia Director of Games Jack Buser reportedly shared that 400 new games will be coming to Stadia. The team is nearly done with planning games for 2021 and is focusing on 2022. While Buser did not confirm exactly when these games will hit the streaming platform, the executive mentioned that there is a roadmap of about 400 games in development from 200 developers that will make their way to the service “in the calendar year of 2021 or beyond.”

Google Stadia is the search giant’s game streaming service that has a free tier and a Pro tier, and is currently only available in select regions including Canada, Belgium, Germany, France, Italy, US, UK, and others. India, unfortunately, is not part of the list as of now.