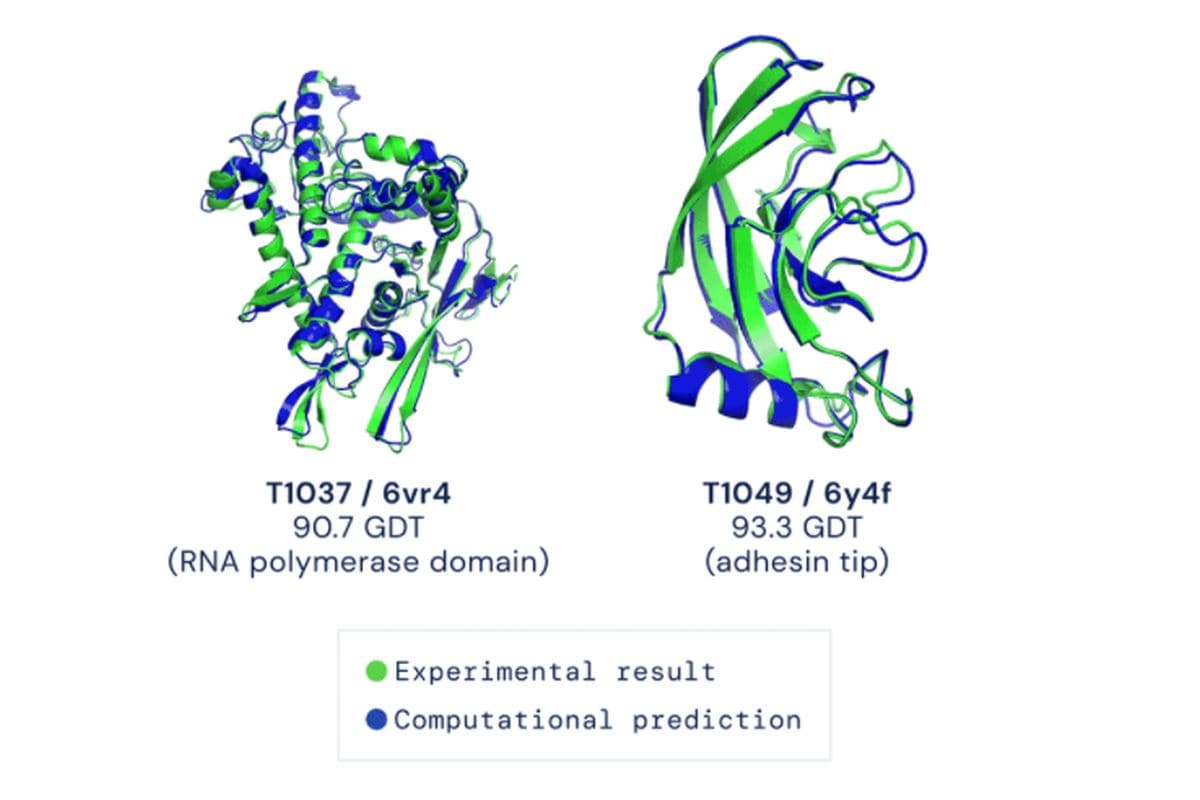 For decades scientists have been trying to figure out how to swiftly predict the twisting, tangled shape of proteins, and from there unravel a greater understanding of the machinery of life itself.

This week an Artificial Intelligence programme created by Google sister firm DeepMind was shown to have virtually cracked the challenge, forecasting the way in which proteins contort into three dimensional structures in the results of a biannual competition that judges hailed as a game changer.

“In some sense the problem is solved,” said John Moult, a computational biologist at the University of Maryland who co-founded the Critical Assessment of Techniques for Protein Structure Prediction (CASP) competition in 1994, quoted by the journal Nature.

Janet Thornton of the European Bioinformatics Institute said in a statement from the competition organisers on Monday that the work to solve the problem was a “triumph of human curiosity, endeavour and intelligence”.

The cells of all living beings contain thousands of proteins, workhorses that catalyse most chemical reactions in the body.

They are essential to life, from muscle function to carrying oxygen in the blood, and are also the key to diseases like cancer and even COVID-19.

A protein begins as a strand of amino acids, which then crumples into a unique three-dimensional tangle.

It is this shape that directly relates to its function.

Scientists have puzzled for half a century over how to accurately and quickly predict which formation, out of an unfathomably large number of possibilities, a protein might take by looking at its amino acid chain, a process that may take years in the laboratory.

The CASP contest involved around 100 teams who were given the amino acid sequences for dozens of proteins and tasked with estimating their final shapes, which were known to the organisers.

DeepMind, whose programme AlphaGo stunned the world in 2016 by beating an elite human player in the complex strategy game “Go,” was already at the top of the field in the last contest in 2018.

This time its AlphaFold programme determined the shape of many of the proteins “to a level of accuracy comparable to that achieved with expensive and time-consuming lab experiments”, according to the CASP organisers.

Andrei Lupas, an evolutionary biologist at the Max Planck Institute for Developmental Biology who was part of the assessment team, told Nature that AlphaFold had helped him determine the structure of a protein that his lab had been trying to pin down for a decade.

Derek Lowe, who writes about drug discovery and the pharma industry for Science Translational Medicine, described protein folding as like “watching piles of hinged lumber spontaneously restack themselves into functional boats, wagons and treehouses”.

He said the AlphaFold results did not mean the programme would consistently come up with the right protein structure.

“But getting that level of structural accuracy on that many varied proteins is something that has just never been done before.”

DeepMind said it was looking at how the programme might help increase knowledge of certain diseases, for example to identify whether a protein has malfunctioned.

The firm added that it was working to produce a peer-reviewed paper and was “exploring how best to provide broader access to the system”.

Realme Coca-Cola Phone Officially Revealed, Hinting at Imminent Launch
World of Warcraft China Shut Down Cuts Off Millions of Gamers
The DOJ’s antitrust case against Google is ambitious but risky
PY#RATION: New Python-based RAT Uses WebSocket for C2 and Data Exfiltration
The Last of Us TV Series Renewed for Second Season at HBO