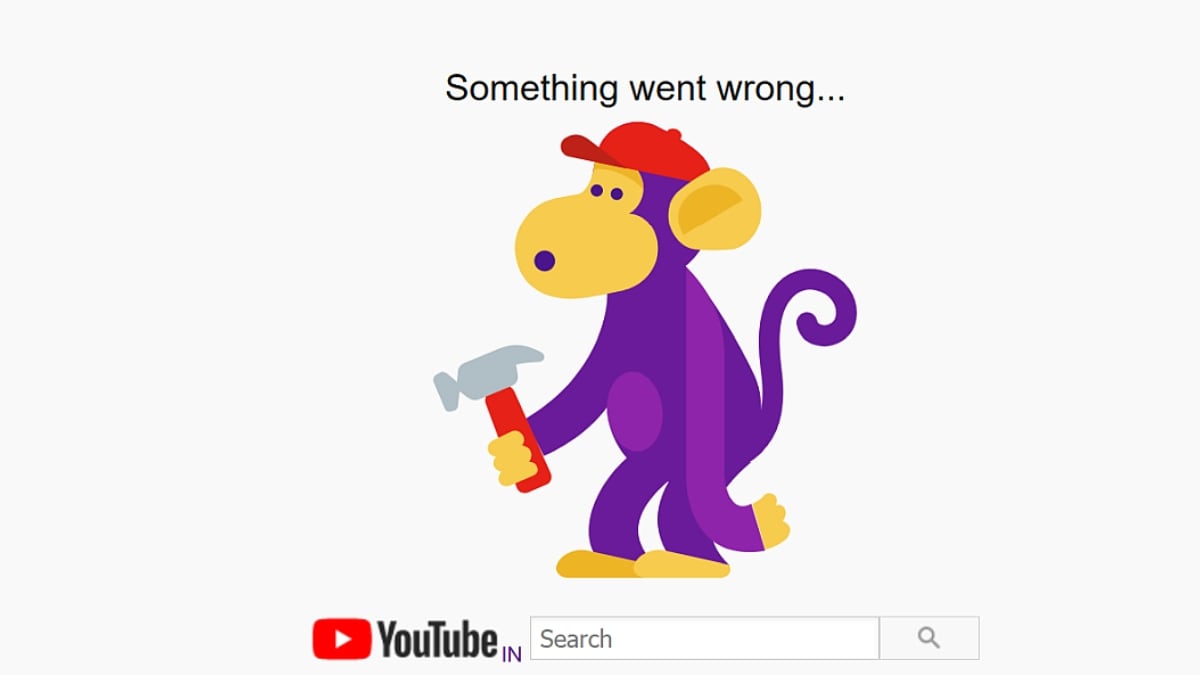 Google is facing an outage for some users in India and several other countries as most of its services and apps have gone down. Google Contacts, Docs, Drive, Gmail, YouTube, and more are currently not working, prompting messages of error in India and more countries, including in Europe and the US. It should be noted that YouTube and other services are working fine if you open them in incognito mode. YouTube recently faced a major outage for a couple of hours in early last month, and it appears that the video streaming platform is again the most hit in the outage.

Update,9.55pm: Google has now shared a statement explaining that the issue was caused by an internal storage quota issue, and that all services have now been restored. The full statement is copied below.

Update, 6.54pm: YouTube is now fully back after an outage that lasted over an hour. The YouTube team confirmed via a tweet saying: “We’re back up and running! “

Upon opening the YouTube homepage, it simply shows a ‘something went wrong’ message. YouTube tweeted that the service is indeed facing issues and that it’s been looked at. The Google Workspace Status Dashboard also shows that most of Google’s apps and services are facing the issue, including Calendar, Sheets, Meet, and Voice. The services appear to be restoring slowly, as YouTube has started operating for some users at the time of writing, but not for all.

Back in November, YouTube went down in a worldwide outage. The video platform rectified the issue in a span of nearly two hours and users were informed via a tweet that the services were fixed across all devices and YouTube services. YouTube didn’t share a reason why the outage took place.

You can read Google’s statement in full below:

“Today, at 3.47AM PT Google experienced an authentication system outage for approximately 45 minutes due to an internal storage quota issue. Services requiring users to log in experienced high error rates during this period. The authentication system issue was resolved at 4:32AM PT. All services are now restored. We apologise to everyone affected, and we will conduct a thorough follow up review to ensure this problem cannot recur in the future.”