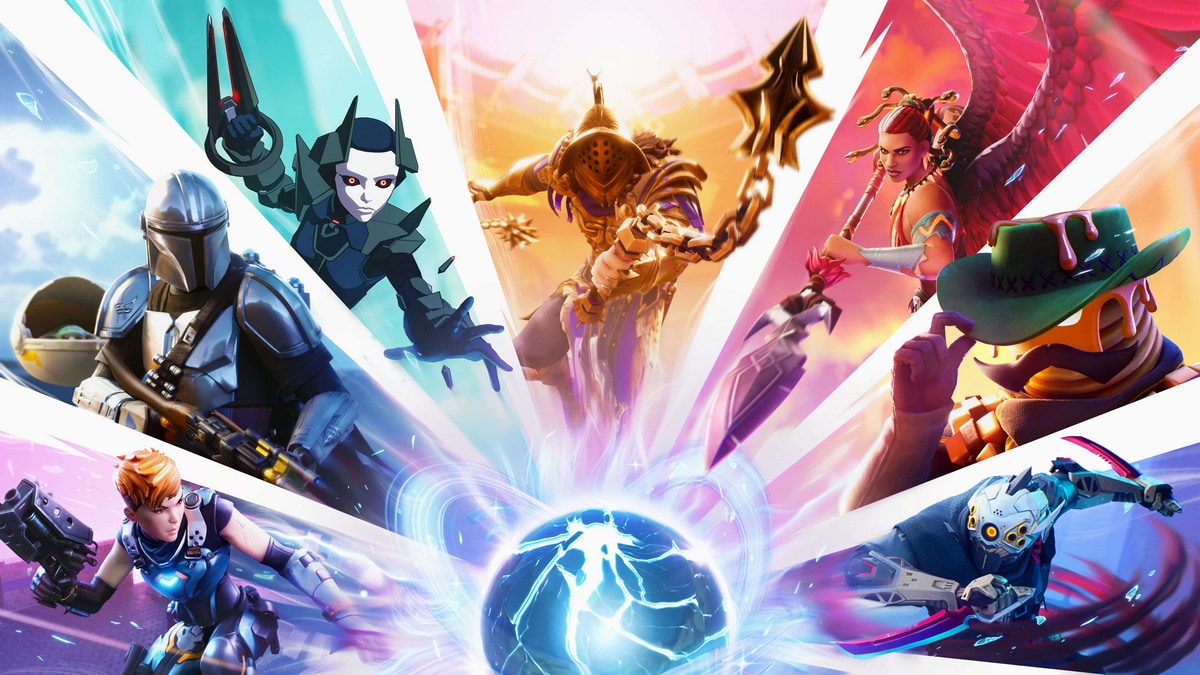 Fortnite Chapter 2 Season 5 is here and it’s called Zero Point. It involves hunters from across realities coming together to fight ‘the loop’ and shape the future of the island. The new hunters include Mancake the fighting Flapjack and Mave the shapeshifter, among others. The most notable addition is Mandalorian along with Grogu (Baby Yoda). Additionally, the in-game event to end the previous Marvel-themed season saw a record 15.3 million concurrent players.

Season 5 of the second chapter of Fortnite has been dubbed Zero Point and it involves players battling the loop to save the island. It brings new characters to the game, some originals while others have been brought over to the island from different realities. These hunters include Mancake the fighting Flapjack, Mave the shapeshifter, Mandalorian with Grogu, and many more. There are new locations as well including an ancient arena, a jungle, and shifting crystalline sand area.

Fortnite Chapter 2 Season 5 also brings new weapons including Dragon’s Breath shotgun, Mandalorian’s Amban Sniper Rifle, Night Hawk, and more. There will be more weapons added throughout the season. Epic also states that these are the first set of hunters to arrive on the island and there will be more from other realities coming later in the season.

Epic describes the role of the hunters: “It’s your duty to help the island’s characters in their unstable new reality. Take on their quests and bounties, get intel on your surroundings, or hire them to be your ally. Don’t want to negotiate? Challenge them to a duel and reap the rewards.”

Zero Point marks the end of the previous Marvel-themed season that had its Galactus in-game event recently, which as per a tweet by Epic Games Newsroom, was the biggest event ever. It saw a record 15.3 million concurrent players and over 3.4 million people watched the event on YouTube Gaming and Twitch. This beats the previous record of 12.3 million concurrent players that participated in the Travis Scott concert in April.

House Speaker McCarthy spoke with Musk about making Twitter ‘fair on all sides’
Apple sales drop 5% in largest quarterly revenue decline since 2016
Jio 5G Network Rolls Out Across 34 Cities as Operator Expands Coverage to 225 Cities in India
OpenAI Introduces ChatGPT Plus, a Pilot Subscription Plan, at $20 per Month
WhatsApp Working on Ability to React to Messages in Community Announcement Groups on iOS: Report