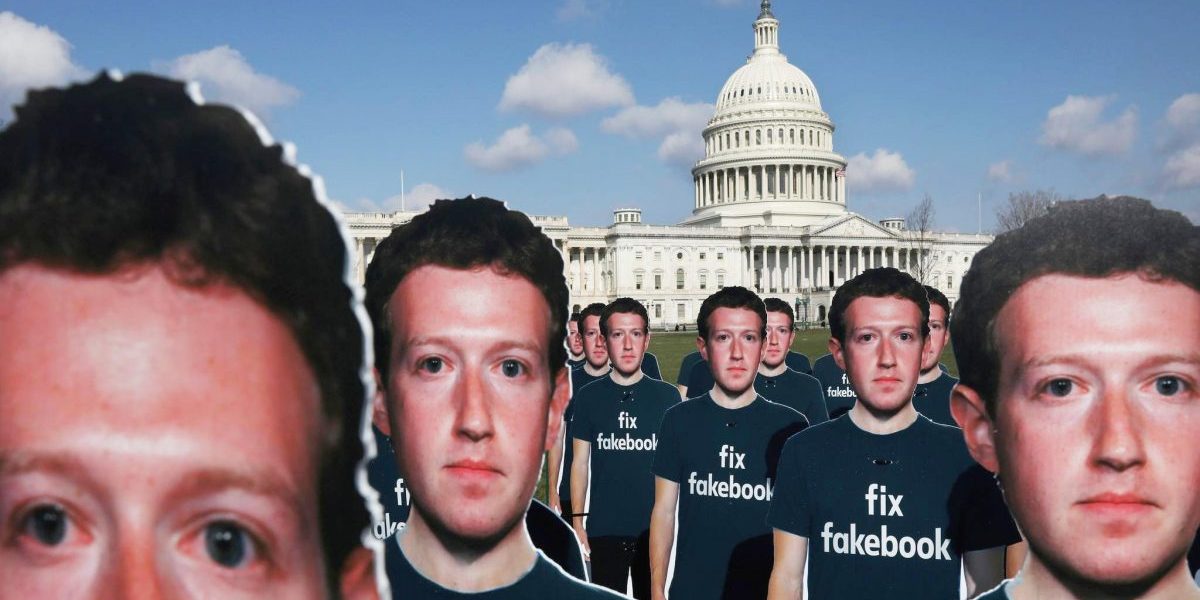 Much of the reaction to the antitrust lawsuits government regulators filed against Facebook this week has focused on the demand that the social media giant divest WhatsApp and Instagram. But while such a move could have a big impact on Facebook and consumers, the legal actions may have broader implications for the ways other companies use their own APIs and customer data.

In the claim filed this week by the U.S. Federal Trade Commission, the agency argues that Facebook has used its acquisitions of Instagram and WhatsApp to derail the competition. In part, the FTC argues that Facebook did so directly by buying the two companies it believed could emerge as competitors in order to neutralize them.

But the FTC faces a fundamental legal challenge in attacking these deals, many commentators say. For one thing, U.S. regulators reviewed and approved the deals at the time. How can they now argue that they were wrong and the deals should be unwound?

And while the thrust of the complaints has gotten less attention, it is arguably a bigger deal. The FTC (and the attorneys general of 48 states who filed separate actions) argue that Facebook used its data and APIs to crush third parties from developing competing services.

As the FTC lawsuit notes, Facebook discontinued most of the most egregious data and API practices in 2018, shortly before a U.K. investigation was set to make many of the details public. But by including them in this lawsuit, the FTC is drawing a line in the sand when it comes to how companies can use such tools to gain competitive advantages. And while the FTC probably faces long odds in convincing a judge to break up Facebook, the agency could still set a far-reaching precedent for companies of all sizes if a court rules that Facebook crossed a line with its use of data and APIs.

The FTC lawsuit begins by noting something most people who follow Facebook probably understand. The company’s main platform allows it to gather massive amounts of data on users that it then sells to advertisers. That’s the real business. No surprise there.

While Instagram and WhatsApp have added to its data treasure chest, Facebook on its own would still be a massive data sponge. That’s an important distinction. Many of the accusations in the lawsuit relate to how Facebook manages its core platform and its relationship to third parties.

Facebook launched about a decade ago, and its platform has been a catalyst for growth and profitability. The apps created for the platform and the ability to connect directly to websites essentially turned Facebook into the internet’s central nervous system.

The problem, from the FTC’s perspective, is that Facebook used its APIs as a cudgel. And here the lawsuit mostly focuses on Facebook’s own platform, which employees internally refer to as “Facebook Blue” to distinguish it from Instagram and Whatsapp. As the lawsuit explains: “In order to communicate with Facebook (i.e., send data to Facebook Blue or retrieve data from Facebook Blue) third-party apps must use Facebook APIs.”

As the platform exploded over time, Facebook began changing the rules to specifically punish or reward developers. This was particularly the case if Facebook felt those app developers posed a competitive threat.

For instance, in January 2013 an email from Facebook’s director of platform partnerships and operations to coworkers read:

“[T]witter launched Vine today, which lets you shoot multiple short video segments to make one single, six-second video. As part of their NUX [new user experience], you can find friends via FB. Unless anyone raises objections, we will shut down their friends API access today. [W]e’ve prepared reactive PR, and I will let Jana know our decision.”

An email from CEO and cofounder Mark Zuckerberg read: “[Y]up, go for it.”

That same year, Circle had generated tremendous buzz with a location-based photo-sharing app. Circle wanted to use geolocation to enable social connection and had raised an eye-popping venture capital round before even launching.

That put it on Facebook’s radar. In December 2013, a Facebook manager proposed cutting off Circle’s API access because it could pose a competitive threat: “Circle positions itself as the ‘local social network’ and has seen some strong growth over the last four days (+800K downloads yesterday, +600K FB logins yesterday, #1 in the App Store in the U.K.).”

Publicly, Facebook claimed it cut off Circle because it “spammed” users. Internally, according to an email, the reason was something else: “They are duplicating the [social] graph — and doing a rather excellent job if [sic] it … They are also very directly creating a competing social network on top of that graph.”

Circle would essentially go kaput within a few months after its new user number plunged, making it the poster child for a mobile app bubble.

The following year, Facebook launched Platform 3.0. “At that time, Facebook terminated all apps’ access to certain APIs, which included restricting third-party apps from accessing information about their users’ friends who were not already using that third-party app,” the lawsuit says.”  Why? A Facebook slide deck from August 21, 2014 said: “Concern: App may use Facebook for growth, switch functionality to become [a] direct competitor[.]”

Another Facebook slide deck from January 2014 highlighted the critical nature of its API and raised the question of whether  Facebook was “[c]omfortable altering / killing prospects of many startups[.]”

The answer, according to the lawsuit, turned out to be yes.

“First, announcing these anticompetitive conditions changed the incentives of third-party apps that relied upon the Facebook ecosystem, by deterring them from including features and functionalities that might compete with Facebook or from working in certain ways with other firms that compete with Facebook,” the lawsuit says. “This deterrence suppresses the emergence of threats to Facebook’s personal social networking monopoly. Second, enforcing the anticompetitive conditions by terminating access to valuable APIs hinders and prevents promising apps from evolving into competitors that could threaten Facebook’s personal social networking monopoly.”

The FTC argues that Facebook’s anticompetitive use of its APIs allowed it to “deter and suppress competitive threats to its personal social networking monopoly.” It did so by convincing developers to not create features or functions that might threaten Facebook. It also blocked them from working with other platforms.

This behavior continued until December 4, 2018, when Facebook lifted many of the restrictions. This move came one day before a member of the U.K. Parliament published internal Facebook documents that disclosed the details of many of these practices, according to the lawsuit.

But Facebook has used other tactics to battle competition. According to the FTC, Facebook acquired user surveillance company Onavo in October 2013 because it “tracked users’ online activity.” The acquisition allowed Facebook to access Onavo’s data, which the company used to identify “competitive threats for acquisition or for targeting under its anticompetitive platform policies.”

According to an internal Facebook slide deck: “With our acquisition of Onavo, we now have insight into the most popular apps. We should use that to also help us make strategic acquisitions.” This led to “Early Bird” reports highlighting “apps that are gaining prominence in the mobile ecosystem in a rate or manner which makes them stand out.”

While Facebook shuttered Onavo in 2019, the FTC alleges Facebook is continuing the same practice using other data.

In a blog post this week that responds to the allegations, Facebook general counsel Jennifer Newstead spends most of her time defending the WhatsApp and Instagram acquisitions as good for consumers. She labels the FTC’s criticism of the deals as “revisionist history” and insists Facebook is not a monopoly because there is plenty of other competition.

It’s only toward the end that she addresses the API and data issue in two paragraphs. She said Facebook’s policies were simply intended to prevent developers from replicating Facebook services rather than enhancing the user experience with something different. And she asserted that this is an entirely reasonable way for a platform to assure a better experience and didn’t limit developers’ ability to grow elsewhere on the internet.

“This restriction is standard in the industry,” Newstead wrote. “Where platforms give access to other developers — and many do not provide access at all — they usually prohibit duplication of core functions. LinkedIn, the New York Times, Pinterest, and Uber, to name a few, all have similar policies. Companies are allowed to choose their business partners, and it gives platforms comfort that they can open access to other developers without that access being exploited unfairly.”

The lawsuit against Facebook comes about two months after the U.S. Justice Department antitrust complaint against Google. In that case, the DOJ is targeting the exclusionary agreements with mobile operators that helped Google amass a wealth of data to power its algorithms. Those algorithms in turn helped beat back competitors and gave its own services a boost, according to the DOJ.

The DOJ, as well as an antitrust report by Congress, raised questions about the network effects Big Tech companies like Google and Facebook achieve by amassing such huge datasets and creating a barrier to competitors. The congressional report says: “Companies with superior access to data can use that data to better target users or improve product quality, drawing more users and, in turn, generating more data — an advantageous feedback loop.”

In the case of Facebook, selling WhatsApp and Instagram wouldn’t necessarily prevent abuses of its data and APIs in the future. Indeed, the FTC worries Facebook might restart these policies and so wants a court to specify that this would not be permissible. To that end, the FTC demands that Facebook be “permanently enjoined from imposing anticompetitive conditions on access to APIs and data.”

That kind of restriction would ripple far beyond Facebook. The API economy has become a lynchpin of the cloud-based economy, particularly in the area of financial tech. Companies wouldn’t necessarily need to have Facebook’s 2 billion users to potentially use access to their APIs to disincentivize partners from treading too closely on their core business.

The way a court views the issues surrounding APIs and data may have little impact on Facebook in the short-term. But it could leave API-driven companies facing a slew of complaints from developers if they feel the rules are being used to harm them. And that may be the real legacy of the FTC’s lawsuit.