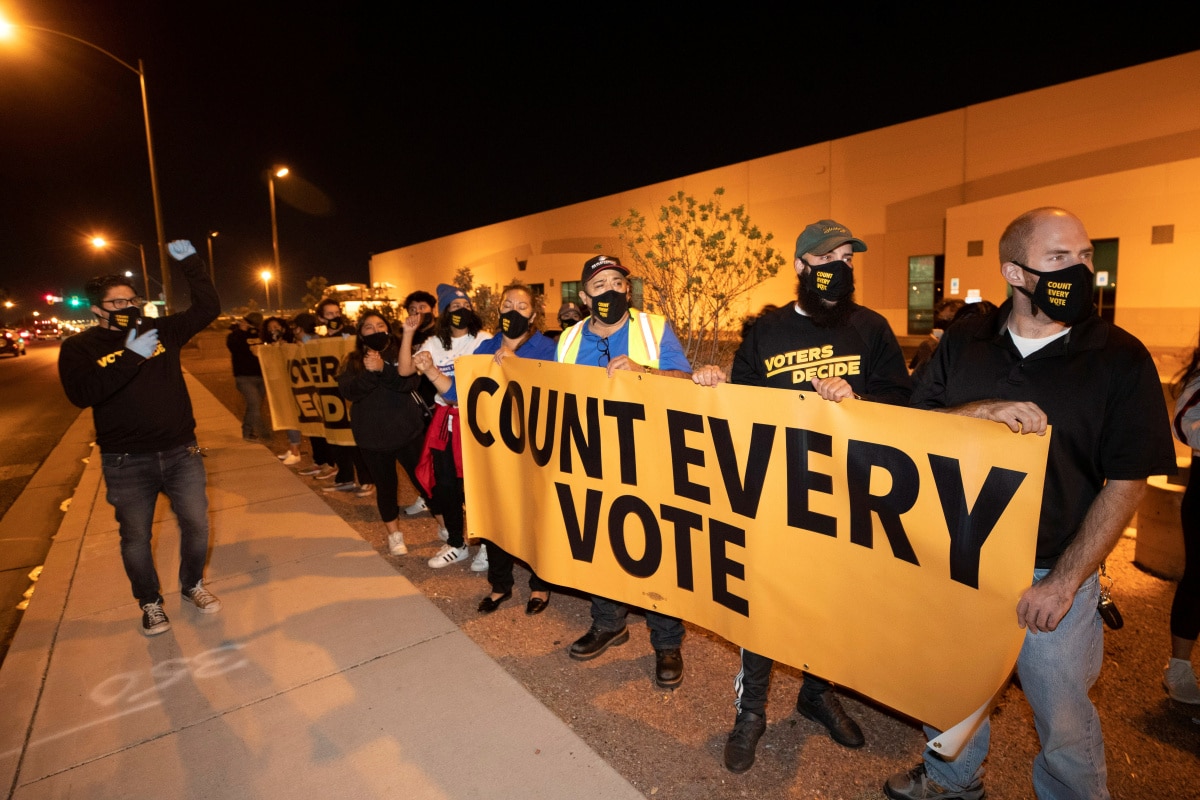 Facebook on Thursday shut down a pro-Trump group organising protests against vote-counting, saying it was being used to delegitimise the election process and included “worrying” calls for violence.

The group, called “Stop the Steal,” was just days old but had topped 3,00,000 members by the time it was removed for violating Facebook policies.

“In line with the exceptional measures that we are taking during this period of heightened tension, we have removed the Group ‘Stop the Steal,’ which was creating real-world events,” Facebook said in response to an AFP inquiry.

“The group was organised around the delegitimisation of the election process, and we saw worrying calls for violence from some members of the group.”

“Stop the Steal” was calling for “boots on the ground” to protect what it called the “integrity” of the vote, according to the Washington Post, and encouraging donations to help send supporters to battlegrounds such as Georgia and Pennsylvania.

Some of the commentary warned of being “on the verge of civil war” and asked supporters how they would go about “overthrowing the government,” the Post reported.

Since Election Day the president has fired off tweets calling for ballot counting to be stopped, and contended without proof there has been voter fraud.

But his tweets have been masked with notices telling people the claims are misleading.

Facebook and Twitter have been scrambling to prevent the platforms from being used to spread false claims regarding the integrity of voting or ballot counting.

The platforms have pledged stepped-up scrutiny of false election information, including premature claims of victory, seeking to avoid a repeat of 2016 manipulation efforts.

A Facebook spokesperson said the goal was “reducing the chance for confusion or abuse” and that the ban will likely last about a week.