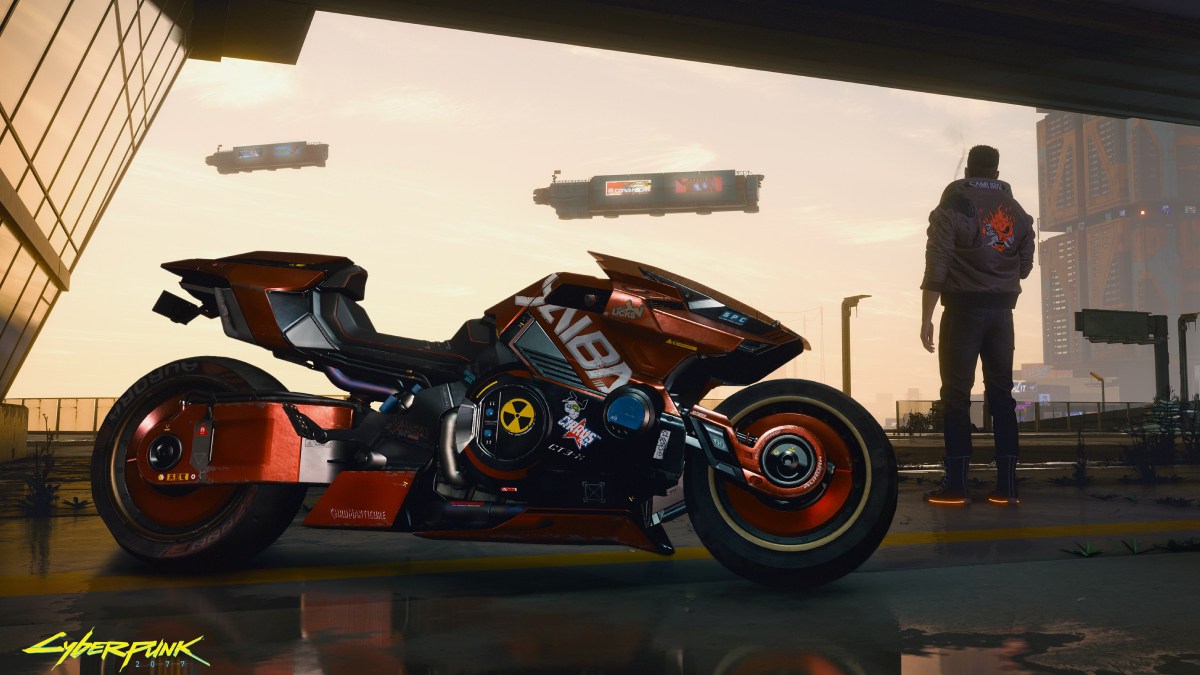 Cyberpunk 2077 is finally set to release in December on PC, PlayStation 4, Xbox One, and Stadia. The title will also be playable on PlayStation 5 and Xbox Series S/X. Arguably one of the most-awaited titles this year, if not the most, the action-RPG game comes from CD Projekt Red, the Polish studio behind the critically-acclaimed The Witcher 3: Wild Hunt. Cyberpunk 2077 promises an immersive experience like never before, as it puts players in the shoes of a mercenary named V – who can be fully customised, from gender to body type. Players will get to explore the sprawling dystopian world of Night City and its six distinct regions. The cherry on top comes in the form of Internet’s favourite superstar Keanu Reeves, who plays rebel rocker Johnny Silverhand in the game.

From the release date to the PC system requirements, here’s everything you need to know about Cyberpunk 2077.

Cyberpunk 2077 has been in the news for quite some time now. Years before the release of The Witcher 3: Wild Hunt in 2015, a teaser trailer first introduced the world to Cyberpunk 2077 back in January 2013. At the time, the trailer ended with a cryptic “Coming: When It’s Ready” message. Fast forward to E3 2019, when we finally got an official release date of April 16, 2020. It was also the first time Keanu Reeves made his appearance in the cinematic trailer.

This announcement was followed by several delays, first to September 17, then to November 19, and finally December 10 was confirmed to be the new release date. So, barring any further announcements, gamers can finally get to fire up their copies of Cyberpunk 2077 in the coming week.

Cyberpunk 2077 is currently up for pre-orders on all platforms. Pre-ordering the game will get you access to a bunch of digital goodies, including the official game soundtrack, art booklet, wallpapers, Cyberpunk 2020 sourcebook, and a digital comic tilted Cyberpunk 2077: Your Voice.

PC users can avail Cyberpunk 2077 via Amazon for Rs. 2,444 and Games The Shop for Rs. 2,499. The game was listed to be out of stock at the time of writing. It should be noted that PC players won’t get their hands on a physical disc, as both the above-mentioned e-retailers will offer you GOG code upon purchase, that can be redeemed on GOG.com. Just like Steam, GOG.com is an online distribution platform that is a wholly owned subsidiary of CD Projekt.

While access to PS5 and Xbox Series S/X will be offered free of cost upon purchasing the game on current generation consoles, it should be noted that next-gen enhancements won’t be available on either PlayStation or Xbox from day one. However, the developers are expected to launch an enhanced edition soon.

Apart from Cyberpunk 2077 Standard Edition, the PS4 version of the game will also be available in a special Collector’s Edition that comprises a collectible steelbook, a 10-inch statue depicting V in action, a hardcover art book, postcards from Night City, and a few more collectible goodies including a metal keychain and embroidered patches. It will be available via Games The Shop for Rs. 24,999.

CD Projekt Red has announced the detailed PC system requirements for Cyberpunk 2077 for 1080p low, 1080p high, 1440p ultra and 4K ultra settings, as well as ray tracing setups. The game will take up 70GB of your hard disk space, and SSD is recommended for a smoother experience. For OS, 64-bit Windows 10 is recommended as well.

Cyberpunk 2077 is set in the dystopian Night City, marked by its six distinct regions. Gamers will take control of V, a mercenary outlaw whose ultimate motive will be to acquire a prototype chip implant that is the key to immortality. As V, you’ll take on underground hustlers, corporate leaders, and everyone in between as you make in-game choices that will directly affect how the story unfolds.

The character of V is completely customisable. You can choose the gender, select your own custom hairstyle, clothing, and even tinker around with body type settings to find the right fit for you. You can choose from several character classes that include NetRunner (proficient in hacking), Techie (apt with machineries), and Solo (if you prefer to go in all guns blazing). Each class will bring its own set of customisations and gameplay styles. As the game progresses, you can buy enhancements that will add new abilities and improve existing ones to turn you into a “living weapon.”

Apart from story missions, the open world of Night City will offer several side missions, activities, and gang skirmishes to keep you busy for hours. At a recent panel discussion, senior quest designer Patrick Mills said said that the main story of Cyberpunk 2077 “is slightly shorter than The Witcher 3.” The Witcher 3: Wild Hunt takes roughly 50 hours to complete if the player doesn’t get distracted by side quests.

Now, to answer the burning question. Where does Keanu Reeves fit in? As you progress in the story, V will eventually come across a prototype biochip that they slot into their head to save it from corrupting. This chip stores the digitised soul of Johnny Silverhand (Reeves) – a charismatic rebel rocker now looking for revenge. A behind-the-scenes trailer shows Reeves being all hands-on during motion capture sessions for Silverhand and how he got to play the same character in several ways to keep in line with the game’s multiple-choice gameplay.

If all the action gets too much to handle and you wish to take a break, you can always idly roam around Night City in futuristic vehicles or take part in one of the many side activities scattered throughout the open world map, that also includes riding on a roller coaster.

Cyberpunk 2077 will also come with a handy ‘streamer mode’ that will disable certain songs in the game to help streamers avoid copyright issues. The game’s playlist includes around 150 tracks from across genres including songs from artists such as Grimes, Run the Jewels, and Rat Boy.

According to a tweet by Nextgen, Cyberpunk 2077 reviews are expected to go live on December 7 at 10:30pm IST. However, this information is not from a trusted source and readers are advised to take this with a pinch of salt.