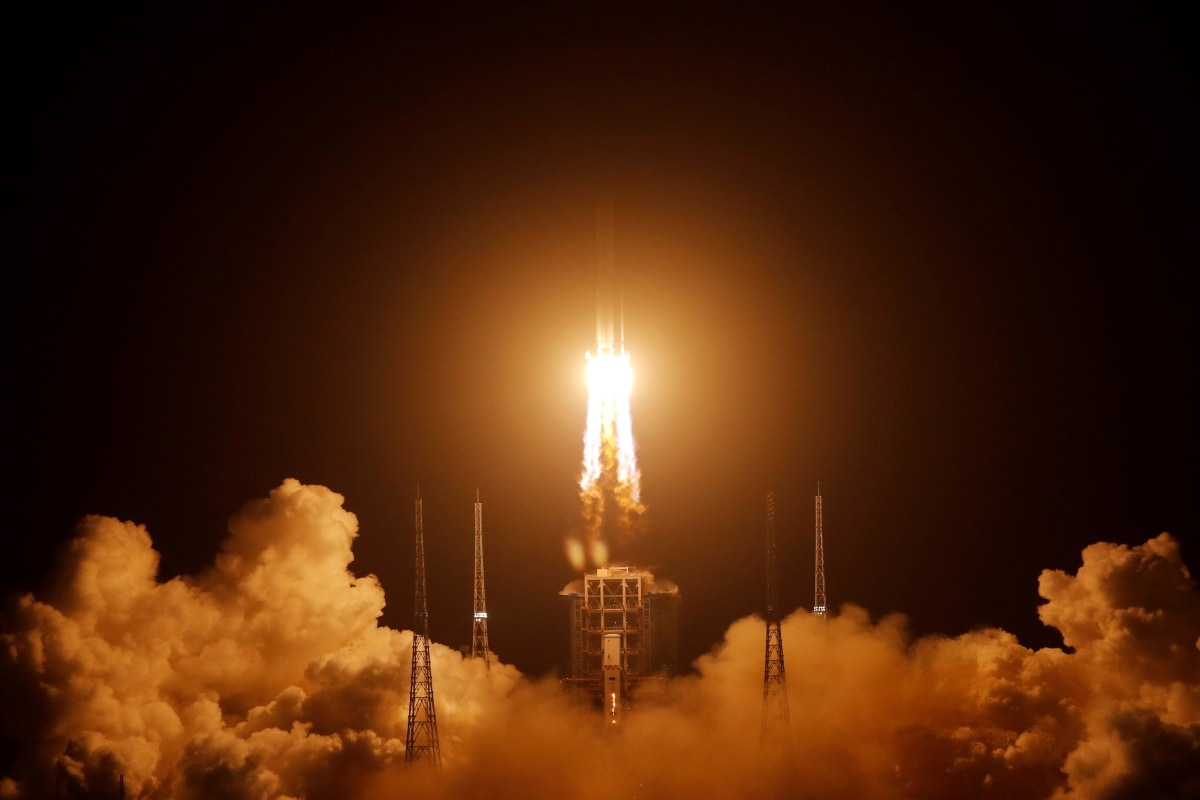 A Chinese spacecraft carrying rocks and soil from the Moon has begun its journey back to Earth, the official Xinhua news agency reported on Sunday, putting China on course to become the first country to successfully retrieve lunar samples since the 1970s.

Engines on the Chang’e 5 probe were ignited 143 miles (230 kilometres) from the lunar surface early on Sunday, Beijing time, before being shut down after 22 minutes with the craft on a trajectory towards Earth, Xinhua said, citing a China National Space Administration statement.

A successful landing in Inner Mongolia would make China only the third country to have retrieved lunar samples after the United States and the Soviet Union. The plan was to collect 4.4 pounds (2 kilograms) of samples, although it has not been disclosed how much was actually gathered.

The Chang’e 5 was launched on November 24 and a lander vehicle touched down on the Moon on December 1. The mission was expected to take around 23 days in total. The Chang’e 5 spacecraft, named after the mythical Chinese Moon goddess, left the Moon at 15:10 GMT Thursday (8:40pm Thursday IST), said China’s space agency.

A module carrying lunar rocks and soil was launched into orbit by a powerful thrust engine, officials said of the mission that landed Tuesday on the Moon. Video footage from China’s state broadcaster CCTV showed the probe taking off from the surface of the Moon in a bright burst of light. The space agency said that “before lift-off, the Chinese flag was raised on the moon’s surface”.

It added that this was the first time that China had achieved take-off from an extra-terrestrial body. The module then must undergo the delicate operation of linking up with the part of the spacecraft that is to bring the specimens back to Earth, official news agency Xinhua reported. Scientists hope the samples will help them learn about the Moon’s origins, formation and volcanic activity on its surface.