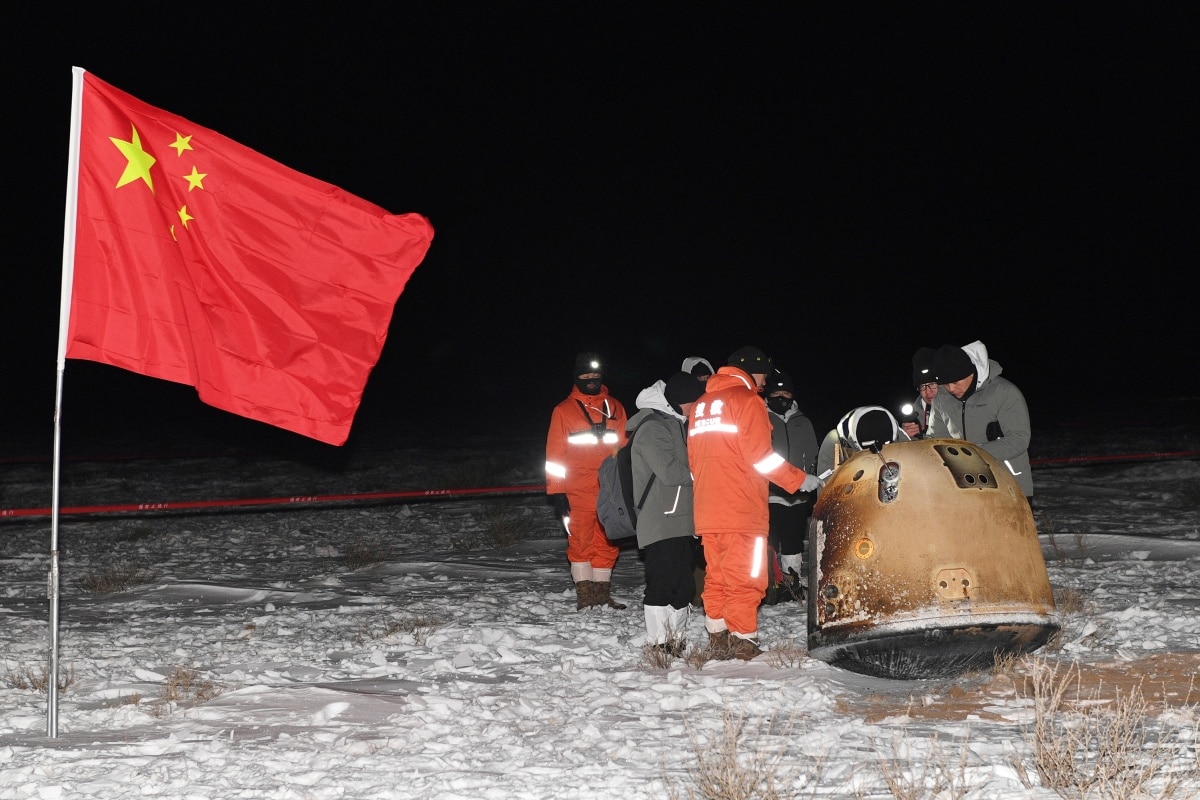 China will share data and samples from the moon obtained by its Chang’e 5 probe on the basis of international conventions though “unfortunate” US restrictions on cooperation might prevent it getting any, the deputy head of its space agency said.

The probe landed in the northern region of Inner Mongolia in the early hours of Thursday, bringing back the first lunar rocks and soil retrieved by any country since the 1970s and making China the third country ever to obtain lunar samples.

The material collected during the Chang’e 5 mission, named after the mythical Chinese goddess of the Moon, will further scientists’ understanding of the Moon’s origins.

The mission also tested China’s ability to remotely acquire samples from space, ahead of more complex missions in the solar system.

“In accordance with international cooperation conventions and multilateral and bilateral cooperation pacts, we will issue rules on managing the Moon samples and data,” said Wu Yanhua, deputy head of the China National Space Administration.

“We will share with the relevant countries and scientists overseas, and some of them may be given as national gifts in accordance with international practices.”

When asked if China would share any samples with the United States, which limits its NASA space agency from directly cooperating with China, Wu said existing US restrictions were “unfortunate”.

“The Chinese government is willing to share lunar samples with like-minded institutions and scientists from various countries,” Wu said.

“To be able to cooperate or not depends on US policy,” Wu said.

China was willing to cooperate with US agencies and scientists on the basis of equal benefit and win-win cooperation, he said.

China has not disclosed the amount of samples that it had retrieved. The plan was to collect 2 kg (4.41 lb) of rocks and soil.

“We will announce this soon,” Hu Hao, chief designer of the third phase of China’s lunar exploration programme, told Reuters on the sidelines of the briefing.

“We have not taken them out (of the probe) yet.”