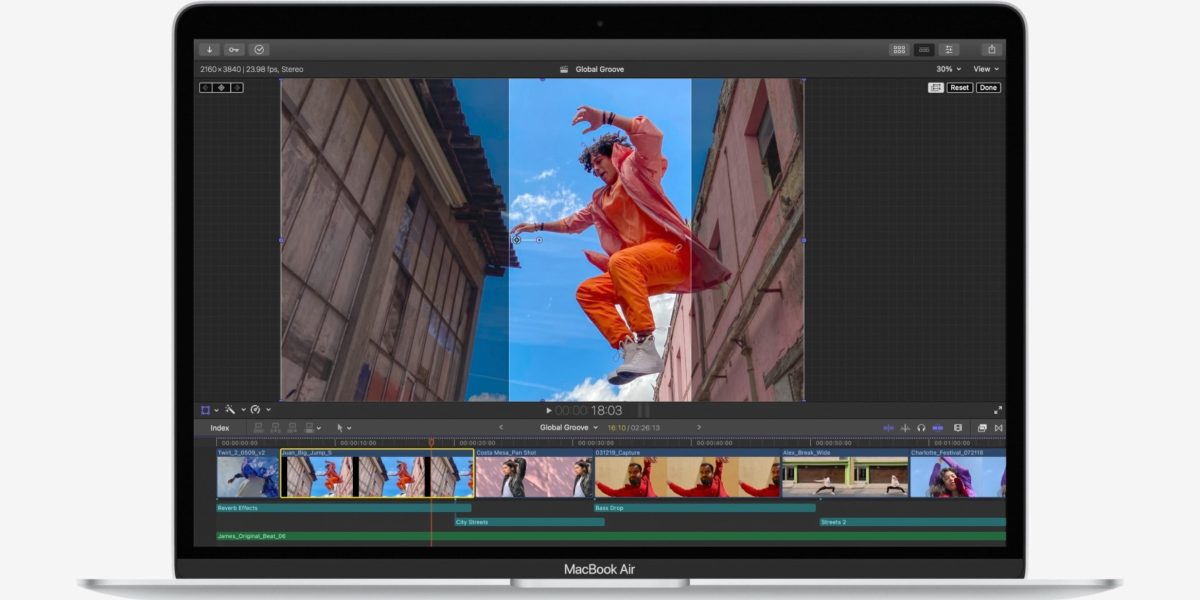 In addition to announcing the release of macOS Big Sur and formally revealing its first Mac-specific M1 chips, Apple today unveiled the first Mac computers that will use its new software and hardware: M1-powered versions of the 13-inch MacBook Air, 13-inch MacBook Pro, and Mac mini. Each of the machines will be using the M1 chip to deliver performance roughly three times the prior comparable Intel model, with AI performance that will be upwards of 11 times faster thanks to a new 16-core Neural Engine.

On the surface, the new machines look very similar to the Intel-based Macs they replace. However, they benefit from some new Apple chip-enabled features that will make them instantly appealing to new users, with the now fanless MacBook Air boasting longer battery life and dramatically improved graphics performance compared with Intel’s integrated Iris Plus graphics chip. The Mac mini promises three times the prior CPU performance and six times previous GPU performance, while the MacBook Pro gains up to five times faster graphics and 2.8 times the CPU speed. All of the new machines support Thunderbolt 4 and USB 4, as well as Wi-Fi 6 and Bluetooth 5.0 for wireless connectivity.

Interestingly, most of the machines appear to be shipping with not just the same M1, but without any option to pick between speeds or graphics upgrades. Apple lists the same eight-core CPU, eight-core GPU, and 16-core Neural Engine across most of the new models, without any CPU or GPU customization — customers can add more RAM and more solid state storage to the base models, but that’s it. On the MacBook Air, however, the base model has only a seven-core GPU, while a more expensive step up has an eight-core GPU and more storage.

Longevity is a major selling point for the new laptops. The Intel 13″ MacBook Air promised 11-12 hours of video playback or web browsing on a single charge; for the M1 version, Apple promises over 15 hours of run time, with up to 18 hours of video playback. Thanks to its larger internal battery, the MacBook Pro promises 17-20 hours of run time, depending on tasks, which Apple notes is the longest battery life ever in a Mac.

There are some disappointments, however. Beyond their lack of physical redesigns, the new MacBook Pro and Air are stuck with 720p FaceTime cameras, well below the resolution of comparable iPhone and iPad front-facing selfie cams. Apple says that the cameras have lower noise, greater dynamic range, and improved white balance than before, but they’re still not great. Additionally, the new MacBook Pro appears only to be replacing the prior entry-level 13-inch models: the M1 machines ship with only two USB ports, 8GB of RAM, and 256GB of memory, while Intel models remain in the lineup with four ports and more memory, priced at $1,799 and up.

Interestingly, Apple isn’t ratcheting up the pricing on the M1 models. The entry-level M1 MacBook Air with 256GB of storage continues to sell for $999 — the same it previously cost for a 1.1GHz dual-core Intel Core i3, 256GB of storage, and 8GB of memory — with a $100 discount for educational customers, and a $1,249 model doubles the storage to 512GB and adds the aforementioned extra graphics core.  Apple is offering 1TB and 2TB SSDs for $400 to $800 premiums over the base prices, with 16GB of RAM for a $200 premium.

The Mac mini previously started at $799 for a 3.6GHz four-core Intel Core i3 with 256GB of storage and 8GB of memory, plus Intel’s integrated UHD Graphics 630 GPU, but Apple has dropped the entry price to $699 for the 256GB M1-based version, with a $899 model doubling the storage. Six-core Intel Core i5 models with 3.0GHz standard/4.1GHz Turbo clock speeds and 512GB of storage remain in the lineup, starting at $1,099.

Finally, the 256GB SSD-equipped MacBook Pro remains at a $1,299 entry price, with a $1,499 model offering 512GB of storage. All of the machines are available for preorder today and will be available in stores next week.