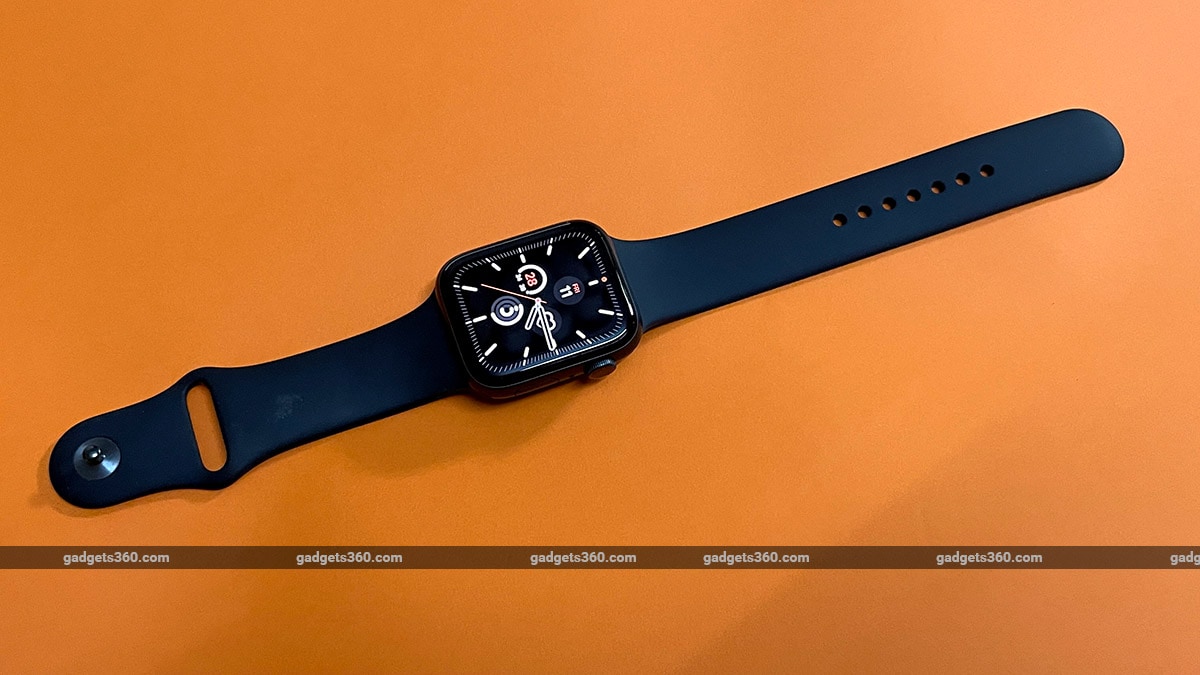 Apple launched two new smartwatches this year for the first time. While the Apple Watch Series 6 is the best that the company has to offer, the Apple Watch SE is the one targeted at the masses. Apple has positioned the Watch SE as a modern yet affordable option, rather than continuing to sell last year’s model at a lower price. If you are an Apple iPhone user, the Watch SE offers familiar functionality at a starting price of Rs. 29,900. So is this a smartwatch that you should consider? Here’s my review of the Apple Watch SE.

The design of the Apple Watch has more or less remained the same since the very first model. You get larger screens, starting with the Apple Watch Series 4 (Review), but the overall design is very easy to recognise. If you don’t like the square shape, you don’t really have much choice. The casing is made of aluminium and there are three colour options – Space Grey, Silver, and Gold – but no other materials or finishes. The smaller 40mm variant of the Apple Watch SE is priced at Rs. 29,900 with a standard Sport Band, while the bigger variant is priced starting at Rs. 32,900. These prices are for the GPS-only versions; if you want LTE connectivity, the same variants will set you back by Rs. 33,900 and Rs. 36,900 respectively.

The bands can easily be swapped on the Apple Watch SE

I found the display to be big enough, and the borders are quite thin. The OLED display can produce fantastic blacks which make it very hard to distinguish the bezels from the display while using the Apple Watch SE. There are a lot of strap options that you can buy separately, including Apple’s new Solo Loop. I had an LTE-enabled 44mm Space Gray Apple Watch SE with a Charcoal Sport Loop for this review. Most other manufacturers don’t offer so many options.

The aluminum case feels premium. It has the digital crown and a button on the right side. The ‘taptic engine’ vibration simulates mechanical feedback when the crown is rotated, which is satisfying. The button below the digital crown wakes the screen and lets you launch apps. On the left you’ll find cutouts for the speaker, while the heart-rate sensor is on the underside.

While the Apple Watch SE does not have lugs like a traditional watch, you won’t really have to look around much to find compatible bands. These straps are easy to remove and replace without any special tools. You get a magnetic charging cradle in the box that clamps onto the back of the Apple Watch SE to charge it.

The Apple Watch SE uses Apple’s S5 SiP (System-in-Package), the same as last year’s Apple Watch Series 5 which has now been discontinued. It has a Retina LTPO OLED display with a peak brightness of 1000nits which makes content visible even in direct sunlight. There is Ion-X strengthened glass on top which should keep the display from picking up scratches. You get Bluetooth 5 as well as WiFi n for connectivity. There is GPS and GNSS for positioning, and on the cellular models you get LTE connectivity. Currently in India, Vi, Airtel, and Jio are the only three carriers that support the Apple Watch SE.

Apple keeps its wearables up to date just like the iPhones. The Apple Watch SE comes running WatchOS 7 and has most of the software features that you’ll find on the new Apple Watch Series 6 (Review). The Apple Watch SE is capable of different types of workout tracking including swimming, and is water resistant upto 50m. It isn’t capable of blood oxygen monitoring like the Series 6, and also misses out on the ECG sensor that the Series 4 and Series 5 had.

Apple Watches can only be paired with iPhones and no other Apple devices, forget Android smartphones. The Apple Watch SE is super easy to set up and only requires you to scan a code on its display using the Watch app on any recent iPhone. Similarly, setting up LTE connectivity on the Watch SE was also very easy and only needed a few taps.

The UI on the Apple Watch SE is a little different from WearOS but is very easy to navigate. You can swipe down from the home screen to see your notifications, and swipe up to access the quick toggles. You’ll need to press the digital crown to show the apps you have installed. The button below the digital crown can be used for multitasking. You can install a lot of apps and store music on the Watch SE since it has 32GB of storage. When setting up the Apple Watch SE, all available equivalents of apps on your phone are downloaded onto it.

I found the UI to be polished and the experience lag-free. Haptic alerts for an incoming call or message were strong enough to grab my attention. Apple also uses the taptic engine for its Breathe and Workout apps.

The Apple Watch SE is quick to wake when you raise your wrist. You can summon Siri by the usual “Hey Siri” phrase, or raise the Watch SE to your face and speak the command. This did not work as intended all the time, and I needed to try again. You can reply to incoming notifications using dictation or by scribbling one character at a time on the screen. You can reply to incoming SMS and WhatsApp messages, but I couldn’t reply to emails using the Outlook app. This could also be a limitation of the app not having support for the Apple Watch.

The Apple Watch is known for its fitness tracking abilities. It can detect when you begin working out and suggests tracking the exercise for you. I put its accuracy to the test by counting 1,000 steps I took manually, and the Apple Watch SE reported 1,002 steps which is a very small deviation. Distance tracking was also more than accurate enough, logging 1.01km for a distance I have measured to be 1km.

Heart rate tracking is accurate on the Apple Watch SE

Heart rate tracking was accurate on the Apple Watch SE. It could detect changes in heart rate very quickly while I was working out. The Watch SE could also detect when I went to sleep and when I woke up. The Bedtime feature suggests when it’s time to go to bed. The Health App on the iPhone shows you the duration of sleep, your heart rate while you were asleep, and the average amounts of sleep you’ve gotten over the week and the month. You don’t get a breakdown of the state of sleep though, like you do on WearOS wearables as well as fitness trackers.

The Watch SE does not switch to LTE very often, and usually stays connected to your smartphone. It is only when you move away from your iPhone and a Wi-Fi connection that it relies on LTE. The switch is immediate and you can take calls on the watch even without the iPhone. I did take a few calls of the Apple Watch SE, which required me to keep the watch close to my face to be able to hear the caller. The speaker volume is adequate but there were times when I had to ask my callers to repeat what they had just said. The mic on the Watch SE works decently but my callers could recognise that I wasn’t talking to them using a regular phone, and mentioned that I sounded a little distant.

I found the battery life of the Apple Watch SE to be decent. It lasted about a day and a half on a single charge with my usage. With LTE enabled I did notice a slightly lower runtime, with the watch managing just over a day before needing to be plugged in. It takes over two hours to charge the Apple Watch SE completely, which is slower than the Apple Watch Series 6. I usually left the Apple Watch SE on the charger and only came back when my iPhone notified me that it was fully charged.