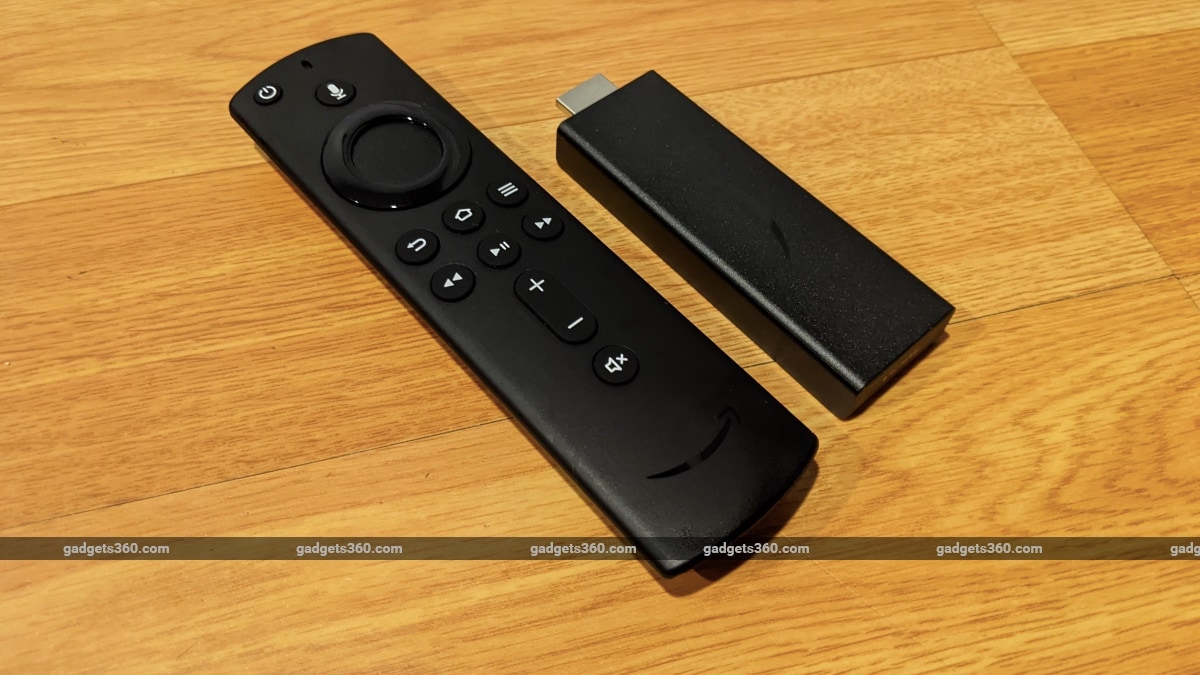 The Amazon Fire TV Stick 4K was launched just about two years ago, and it’s still a very capable device for the price, thanks to its reliable performance and support for Ultra-HD Dolby Vision content as well as plenty of apps. However, the company’s more affordable full-HD Fire TV Stick lineup has been long overdue for a hardware upgrade. That has finally come with the new Amazon Fire TV Stick (3rd Gen) and Fire TV Stick Lite. On review today is the former, and it is the more expensive of the two.

Priced at Rs. 3,999, the Fire TV Stick (3rd Gen) is a full-HD streaming device meant for use with affordable televisions, and offers a bit more than the Rs. 2,999 Lite model. The hardware gets some useful updates, which Amazon hopes will keep the product lineup relevant in the face of strong competition, particularly the Mi TV Stick and Mi Box 4K. Is this the best affordable streaming device you can buy today? Find out in our review.

Who is the Amazon Fire TV Stick (3rd Gen) meant for?

Like the Mi TV Stick, the Amazon Fire TV Stick (3rd Gen) is a full-HD streaming device that plugs into the HDMI port of a television. If you have an older smart TV that isn’t receiving updates and can’t run modern apps, or even a non-smart TV, the Amazon Fire TV Stick (3rd Gen) will plug into an HDMI port and add up-to-date smart and streaming capabilities to your screen. It’s a good way to get access to full-fledged smarts without having to replace your TV.

The Amazon Fire TV Stick (3rd Gen) is a standalone streaming device. It is powered by the Mediatek MT8695D processor, runs Amazon’s Fire OS 7 (based on Android 9), and has 1GB of RAM. All major apps and services are supported on Fire OS, including Netflix, Disney+ Hotstar, and YouTube, in addition to Amazon’s own Prime Video. Fire OS also supports the Apple TV app, which currently isn’t available on the Android TV platform.

With support for streaming at up to full-HD (1920×1080 pixels), the Amazon Fire TV Stick (3rd Gen) is ideal for use with smaller, more affordable televisions, including 32-inch and many 43-inch models. You can also use the new Fire TV Stick with big-screen 4K TVs if you choose, but video quality will be capped at full-HD even if it’s available in higher resolutions. Dolby Atmos audio is supported, and interestingly, so is HDR up to the HDR10+ format.

HDR at resolutions lower than 4K doesn’t make much of a difference and isn’t even supported at the hardware level on most non-4K TVs, but it’s an interesting specification to have. If you intend to use the device with a 4K HDR TV, the software-level support could make a small difference in improving colour and brightness levels, even if the stream resolution tops out at 1080p.

How does the Amazon Fire TV Stick (3rd Gen) work?

Once plugged in to an HDMI port on your television, the Amazon Fire TV Stick (3rd Gen) functions like any other connected device, while handling content and connectivity on its own. Fire OS has a large, growing list of supported apps and services, so you can stream content from a number of sources. These include popular subscription-based streaming services, as well as a number of free content providers.

As is the case with other Fire TV devices, the user interface of the Fire TV Stick (3rd Gen) is heavily focused on Amazon Prime Video, and is therefore the ideal pick for you if you use this streaming service heavily. Although the UI offers easy, reliable, and very functional access to all major streaming services, there is a clear visual bias towards Amazon’s own streaming service and content.

Although focused on Amazon Prime Video, the UI gives easy access to other streaming services as well

Apart from basic controls for the Fire OS interface and content playback, the remote can also be set up to control certain aspects of your TV by sending the specific IR signal that your TV accepts, including power and volume, which is useful as it lets you put the TV’s regular remote away most of the time.

The remote also has a microphone, and gives you access to Alexa. You can use it pretty much the same way you use Amazon’s voice assistant on its smart speakers. Responses are tailored to your account, and Alexa on the Fire TV Stick can be used to access specific content and apps through voice commands, as well as to control linked smart devices and appliances such as plugs and lights.

What can you do with the Amazon Fire TV Stick (3rd Gen)?

The Amazon Fire TV Stick (3rd Gen) is a basic streaming device that suits most streaming purposes, particularly if you have a small-screen television with a resolution up to full-HD (1920×1080 pixels). It offers reliable and easy access to all of the popular streaming apps and services, including Amazon Prime Video, Netflix, and Disney+ Hotstar, and does so with a content-first, easy-to-learn user interface that segregates videos by genre, language, and more.

Naturally, how good the content looks and sounds is largely dependent on the television you use, and any other equipment you have connected such as soundbars or speaker systems, but the Fire TV Stick (3rd Gen) does a good job of pushing content at the highest possible quality to your screen. UI performance is good even though the device has just 1GB of RAM, thanks to the much-improved processor.

Even if the content is available at higher resolutions, the Fire TV Stick (3rd Gen) will top out at full-HD

Boot time is a bit slow in this case since it has to fully boot up every time, but it isn’t any slower than how long it takes Android TV-based devices such as the Mi TV Stick and Mi Box 4K to start up. If you have the Fire TV Stick connected to a power outlet, you could safely leave it on all the time, in which case starting up is a lot quicker since it only has to come out of standby mode.

I had a largely bug-free and lag-free experience with the device, and was able to quickly and reliably stream a variety of content at up to full-HD. You do, of course, need a fast Internet connection to be able to make the most of the Fire TV Stick, and anything over 10Mbps should let you stream at full-HD without too much trouble. In my case, thanks to my 50Mbps connection, the Fire TV Stick (3rd Gen) was able to bump up content to full-HD resolution on Amazon Prime Video in just a few seconds.

At Rs. 3,499, the 4K-capable Mi Box 4K is a more affordable and better-equipped option. If you think you don’t need 4K streaming right now, the Mi TV Stick, priced at Rs. 2,799, is considerably more affordable and offers largely the same capabilities as the Fire TV Stick (3rd Gen). If price and value are big factors for you, it might be worth considering the Xiaomi devices instead.

Amazon itself also has an alternative in the form of the Fire TV Stick Lite. Priced at Rs. 2,999, the Lite model skips TV controls on the remote and support for Dolby Atmos, but has the same hardware and software as the Fire TV Stick (3rd Gen). If you watch a lot of content on Amazon Prime Video, both the new Fire TV Stick devices are definitely worth considering.

Samsung Galaxy A14 Renders Surface Online Ahead of Launch, Colour Options Tipped: Report
Why AMD is faring much better than Intel in the same tough economy
Amazfit GTR Mini Design, Specifications Leaked; Said to Feature 1.28-Inch Display: All Details
Tesla just had its best week since May 2013
Gaming Is Evolving Into a Lifestyle for Young Gamers, Boosting PC Demand in India