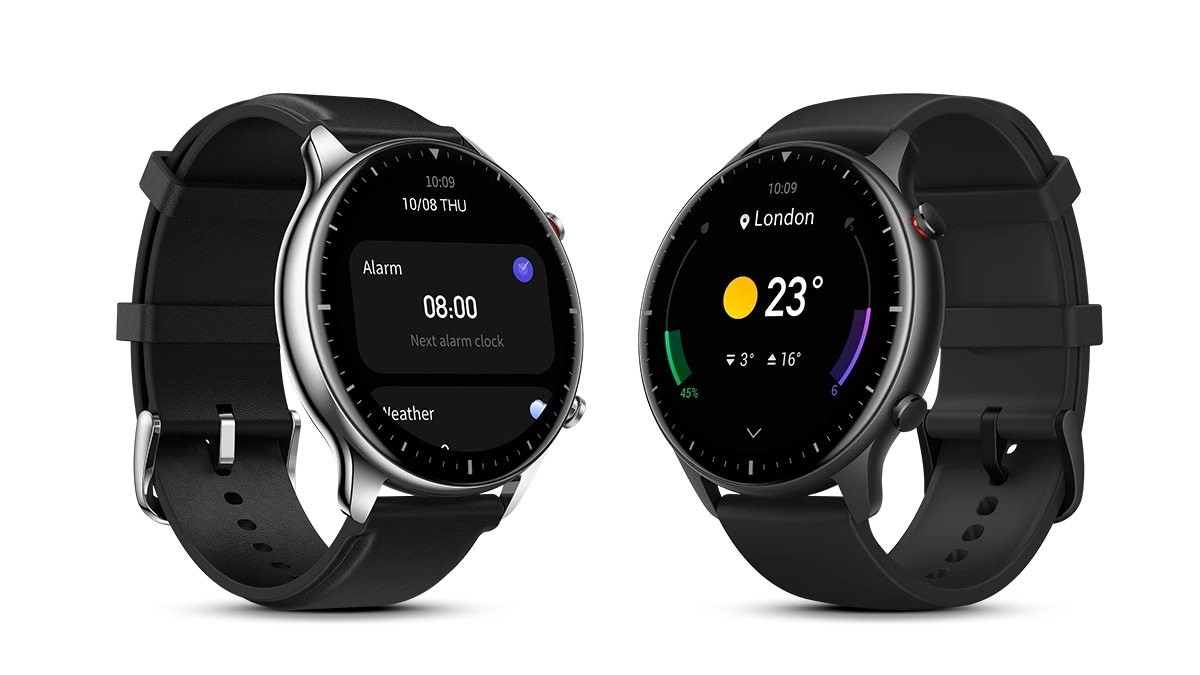 Flipkart has offers such as five percent unlimited cashback on Flipkart Axis Bank credit cards, Rs. 100 off on Bank of Baroda Mastercard debit cards for the first transaction, and five percent off with Axis Bank Buzz credit cards. There are also EMI options starting from Rs. 445 per month.

Amazfit GTR 2 features a 1.39-inch AMOLED display that offers 326ppi pixel density and a peak brightness of 450 nits. It is built with a 3D glass on top that is surrounded by ceramic bezel. The smartwatch comes with blood oxygen saturation (SpO2) reader, a heart rate sensor, and an array of sensors such as an accelerometer, air pressure sensor, ambient light sensor, and gyroscope.

Amazfit GTR 2 comes preloaded with 12 professional sports modes. There is 3GB of onboard storage. The smartwatch has Wi-Fi and Bluetooth connectivity, along with GPS with dual satellite positioning and NFC support.

The smartwatch packs a 417mAh battery that can provide up to 14 days of battery life. On using power saving mode, the battery life can extend to up to 38 days. Amazfit GTR 2 also comes with water resistance of up to 50 metres.

Are Apple Watch SE, iPad 8th Gen the Perfect ‘Affordable’ Products for India? We discussed this on Orbital, our weekly technology podcast, which you can subscribe to via Apple Podcasts, Google Podcasts, or RSS, download the episode, or just hit the play button below.