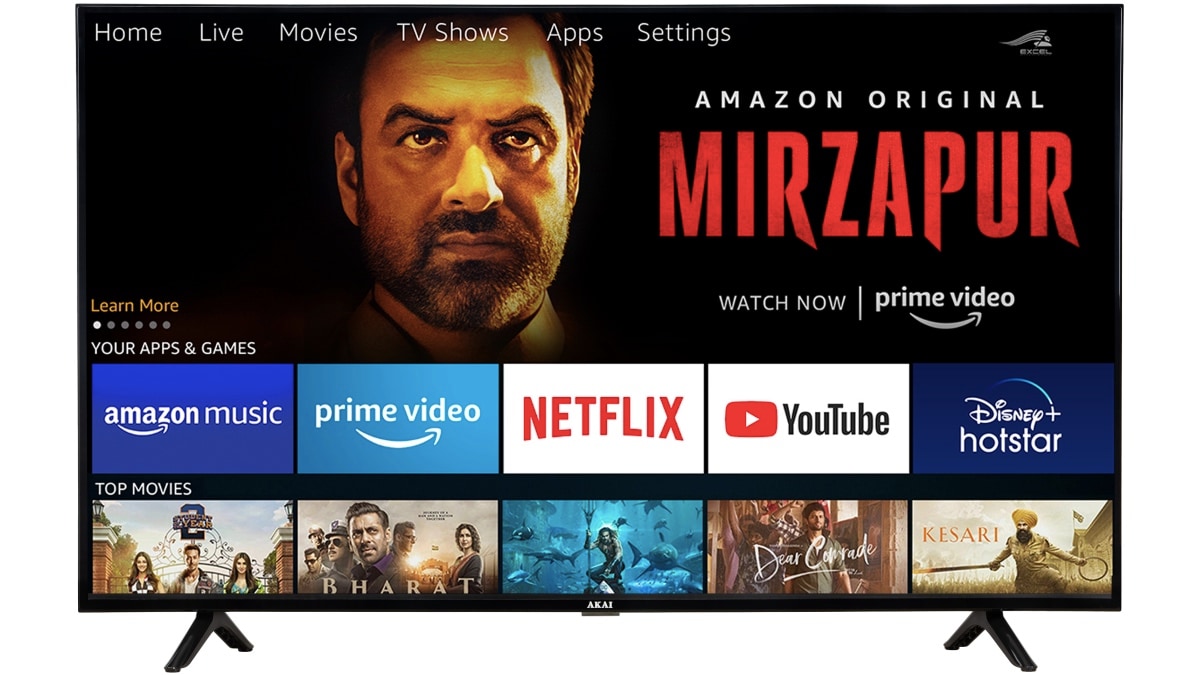 Priced at Rs. 23,999, the Akai 43-inch full-HD Fire TV Edition television goes up against other high-profile smart TV launches, from brands such as Xiaomi, OnePlus, and Realme. While most options in this segment run Android TV, the Akai television stands out with Fire TV software, and is among the few televisions available in India with this software. The television is available for purchase only on Amazon (ADD LINK) for now.

The new Akai television follows Onida that launched Fire TV Edition televisions in India in December 2019. Akai has also announced that more size options will be available in the Fire TV Edition range in the coming months, including a 32-inch model starting at Rs. 14,999, and 50-inch and 55-inch Ultra-HD TVs.

With a 43-inch full-HD (1920×1080-pixel) LED screen, the Akai television is positioned at the volume-driven small-screen segment in India. The TV runs Amazon’s FireOS that, while focused on Amazon Prime Video, also support a wide range of apps and services such as Netflix, YouTube, Hotstar, and Apple TV, to name a few.