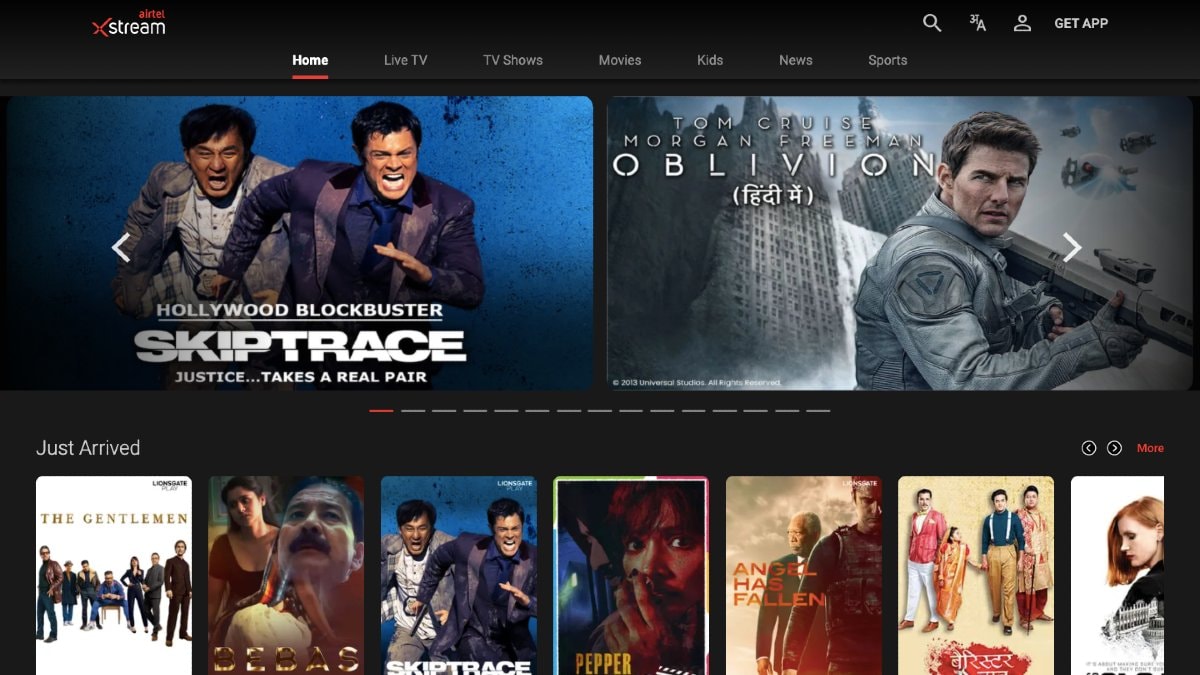 Airtel Xstream, the Web streaming service that was earlier exclusive to Airtel users, is now available for all. With the new update, you can watch your favourite content on Airtel Xstream even if you’re not on the Airtel network. The service is available at Rs. 49 a month or Rs. 499 a year. Airtel claims to offer over 10,000 movies alongside TV shows and originals from over-the-top (OTT) platforms, including ErosNow, Hungama Play, and Zee5, through the Xstream service. There is also support for 13 Indian languages — alongside English.

As initially reported by GizBot, non-Airtel users can now watch, share, and download content from Airtel Xstream by purchasing the Xstream Premium plan on a monthly or yearly basis. Users not on the Airtel network were only allowed to browse through the content up until now.

Once purchased, the service provides access to all the listed movies, TV shows, and premium content, including originals from platforms such as ErosNow, Hungama Play, Lionsgate Play, ShemarooMe, Ultra, and Zee5, among others. The service also provides access to over 350 live TV channels. However, the channels support still appears to be limited to Airtel users and is not yet available for non-Airtel subscribers.

Airtel Xstream also provides multi-device access to let you use a single login on up to five devices. Additionally, you can use the Xstream app on your mobile phone and cast your content to your TV.

Airtel offers the Xstream service for free to its prepaid, postpaid, broadband, and DTH users. In case of prepaid customers, the service, however, requires an eligible plan to provide access to premium content. Airtel prepaid customers can go for the Xstream Premium subscription at Rs. 49 a month or Rs. 499 a year. The same prices have now been extended to non-Airtel subscribers.

You can subscribe to the Airtel Xstream service by going through More > Plans & Offers > Recommended Packs from the Xstream app that is available for download on both Android and iOS devices.

Airtel launched the Xstream service as a revamped version of its Airtel TV back in September last year. The service debuted to take on the likes of JioTV and Vi Movies and TV (formally Vodafone Movies and TV).