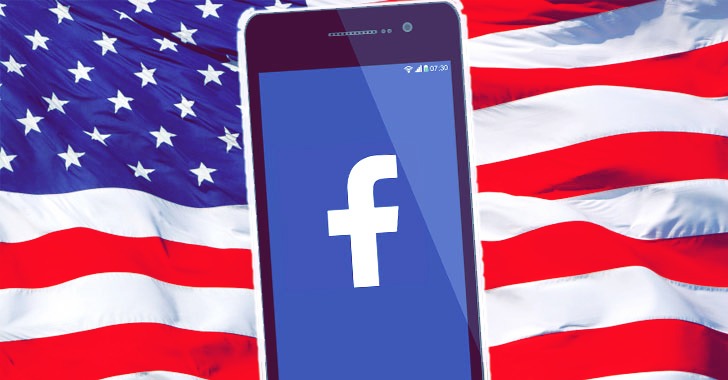 The US Federal Trade Commission and a coalition of 48 state attorneys general on Wednesday filed a pair of sweeping antitrust suits against Facebook, alleging that the company abused its power in the marketplace to neutralize competitors through its acquisitions of Instagram and WhatsApp and depriving users of better privacy-friendly alternatives.

“Facebook has engaged in a systematic strategy — including its 2012 acquisition of up-and-coming rival Instagram, its 2014 acquisition of the mobile messaging app WhatsApp, and the imposition of anti-competitive conditions on software developers — to eliminate threats to its monopoly,” the FTC said in its complaint.

A separate lawsuit filed by New York Attorney General Letitia James also claimed that in illegally acquiring competitors in a predatory manner, the social media company stripped users of the benefits of competition, limited consumer choices, and their access to rivals with better privacy practices.

Specifically, the lawsuits seek to rescind the acquisitions of Instagram and WhatsApp (which it acquired in 2012 and 2014), spinning off both platforms into independent companies, prohibit Facebook from imposing anti-competitive conditions on software developers, and require the company to seek prior notice and approval for future mergers and acquisitions.

In response, Facebook called the lawsuits “revisionist history,” while also pointing out the fact that regulators “correctly” allowed these deals to move forward because they did not threaten competition.

“These transactions were intended to provide better products for the people who use them, and they unquestionably did,” Facebook’s general counsel Jennifer Newstead argued. “The FTC and states stood by for years while Facebook invested billions of dollars and millions of hours to make Instagram and WhatsApp into the apps that users enjoy today.”

Besides calling for a breakup of Facebook, the FTC also accused the company of imposing anti-competitive conditions on third-party software developers’ access to Facebook APIs by forcing them to refrain from developing competing functionalities and adding features that promote other social networking services.

As an example, the consumer protection agency cited Twitter’s now-defunct short-form video app Vine, which had its access to Facebook’s friend-finding API cut off on the same day the service launched on iOS following CEO Mark Zuckerberg’s stamp of approval.

Newstead, however, claimed this kind of API restriction is a standard practice in the industry. “Where platforms give access to other developers — and many do not provide access at all — they usually prohibit duplication of core functions,” she said. “LinkedIn, The New York Times, Pinterest and Uber, to name a few, all have similar policies.”

The question of retroactively breaking up Facebook is as much to do with addressing concerns of monopoly as it’s about the “harm” caused by failing to meet user privacy expectations.

Essentially, antitrust laws prohibit business practices that unreasonably deprive consumers of the benefits of competition, resulting in higher prices for inferior products and services. But how do you demonstrate people are being harmed by a product that’s offered for “free”?

“The price of using Facebook has stayed the same over the years (it’s free to join and use), but the cost of using it, calculated in terms of the amount of data that users now must provide, is an order of magnitude above what it was when Facebook faced real competition,” Srinivasan said.

The development also comes as regulators and lawmakers are increasingly scrutinizing the business practices of tech companies, and amid Facebook’s own plans to intertwine the backend infrastructure of Facebook Messenger, Instagram, and WhatsApp, possibly in part to make the three services harder to separate.

“Overall, we disagree with the government’s allegations, and we plan to fight this in court,” Zuckerberg said in a post to employees shared by New York Times’ Mike Isaac on Twitter. “The reality is that we compete with many other services in everything we do, and we compete fairly.”

The lawsuits mark the second major regulatory effort from the US government to check the power of Silicon Valley giants, following the Department of Justice’s lawsuit against Google in October for alleged illegal monopolization of the search and online ad markets.