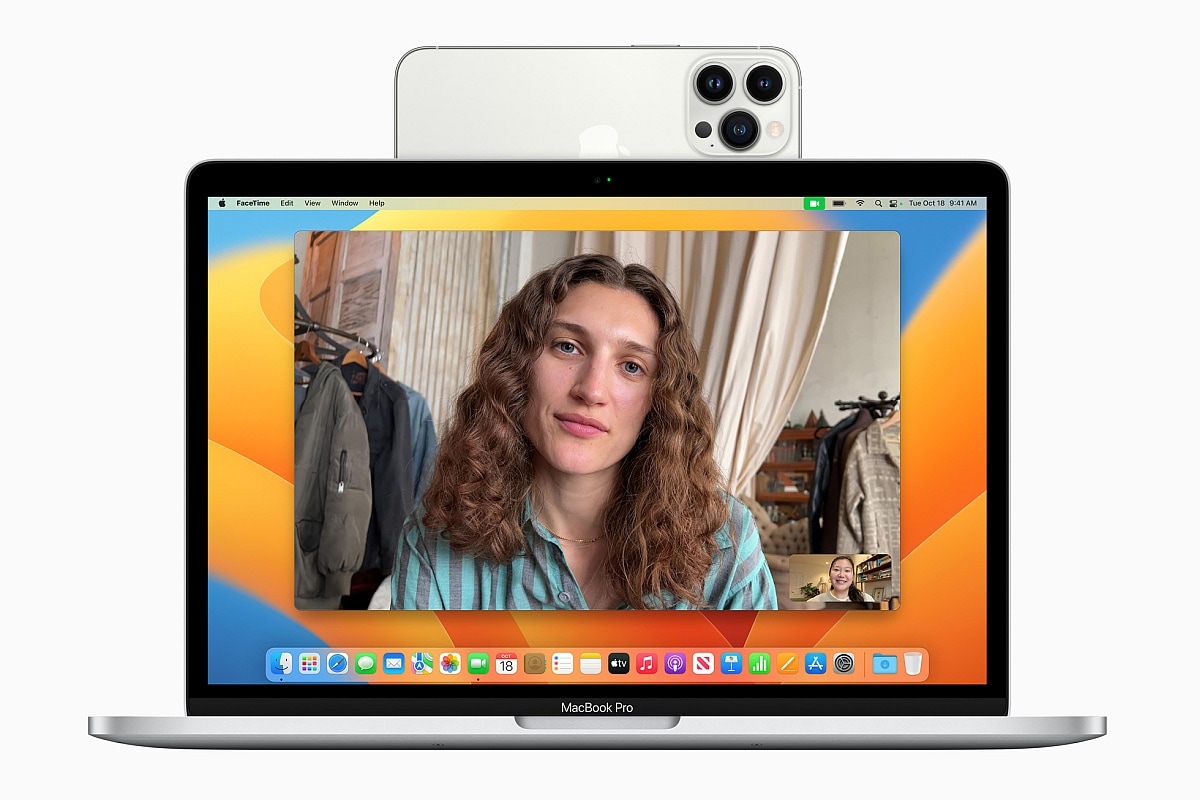 macOS Ventura — or macOS 13 — was released to owners of eligible Mac computers on Monday. The company’s annual update to its operating system for its Mac computers comes with improvements to the Mail app, Spotlight, Safari and Passkeys, the Messages and Photos apps, and brings the Stage Manager feature that is also available on iPadOS 16.1. Users can also take advantage of Apple’s Continuity Camera feature using an iPhone XR or newer model. Apple also released iOS 16.1, iPadOS 16.1, tvOS 16.1, and watchOS 9.1 to owners of eligible devices on Monday.

Released at 10:30pm IST on Monday, macOS Ventura features an updated Mail app that lets users unsend and schedule emails, set reminders and get follow up ‘nudges’ for emails, while improving the search feature. The Spotlight feature comes with Quick Look preview support, along with image search. Safari has been updated with support for Passkeys — claimed to offer more secure sign-ins without passwords — and shared tab groups. Users can also unsend, edit, and mark messages as ‘unread’ in the Messages app.

Apple has also added support for iCloud Shared Photo Library to the Photos app. Both macOS Ventura and iPad OS 16.1 come with support for Apple’s Stage Manager feature that is designed to offer better multitasking on the company’s devices. Users can download macOS Ventura by opening the System Preferences app and selecting the Software Update section, or by visiting the Mac App Store.

iPadOS 16.1 and iOS 16.1, which were released alongside macOS Ventura, both gain the same improvements to the Mail, Messaging, Photos, and Safari apps that will be available to macOS users. However, iPadOS 16.1 does not feature the Lock Screen customisation options and widget support that were introduced with iOS 16 last month. The latest versions of iOS and iPad OS can be downloaded by opening the Settings app and navigating to General > Software Update.

Meanwhile, tvOS 16.1 comes with a redesigned interface for Siri that will allow the assistant to recognise different users’ voices, allowing them to access their own movies, shows, music, games, and apps. They will also get access to personalised recommendations through the Siri Remote. You can also interact with Siri in a hands-free mode using connected AirPods, according to Apple. The company has also included support for Matter, the smart home standard, and users can visit the Settings app on their Apple TV to update to the latest version.

watchOS 9.1 is also rolling out to users with an Apple Watch Series 4 and newer models, and brings improved battery life for users with Apple Watch Series 8, Apple Watch SE (2nd generation) and Apple Watch Ultra, during Outdoor Walking, Running, and Hiking Workouts. Apple will also let users download Apple Music content while the watch is not charging, and on cellular data. You can open the Settings app and navigating to General > Software Update to install watchOS 9.1 on your Apple Watch.

Apple launched the iPad Pro (2022) and the iPad (2022) alongside the new Apple TV this week. We discuss the company’s latest products, along with our review of the iPhone 14 Pro on Orbital, the Gadgets 360 podcast. Orbital is available on Spotify, Gaana, JioSaavn, Google Podcasts, Apple Podcasts, Amazon Music and wherever you get your podcasts.
Affiliate links may be automatically generated – see our ethics statement for details.
This article was originally published by Gadgets360.com. Read the original article here.
Entertainment
Share on Facebook
Share on Twitter
Share on Pinterest
Share on LinkedIn