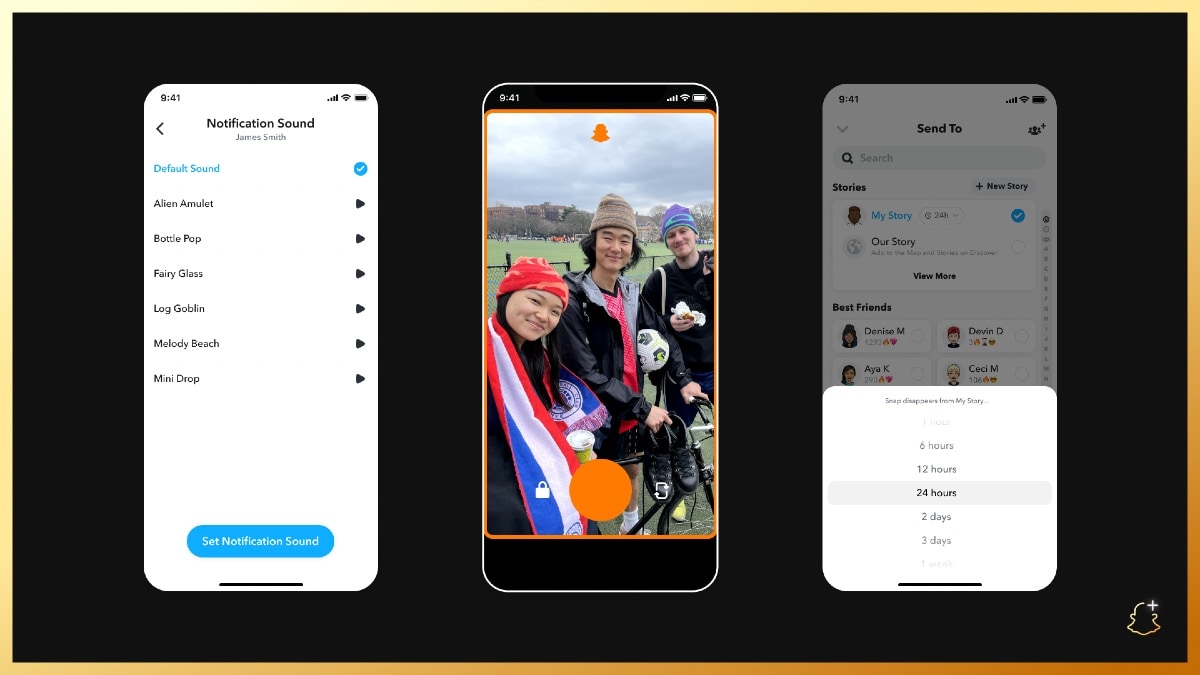 Snap rolled out several new features for the members of its Snapchat+ premium subscription service on Thursday. These features include Custom Story Expiration, which enables users to manually select the time limit for the duration a story stays publicly visible. There are also new custom notifications, story borders, and more now available to Snapchat+ members. With the arrival of the holiday season, the company has now also made it easy to gift a Snapchat+ subscription to a friend through the app.

Snap announced the new Snapchat+ features on Thursday. Starting with the all-new Custom Story Expiration feature, which gives users the option to set the expiration time of a story between an hour to one week. In comparison, a regular Snapchat story automatically expires after 24 hours.

Snapchat+ is also getting new custom notification sounds that allow users to choose different tones for different friends. It would allow users to recognise the person who Snapped them without picking up their smartphone. There are more customisation options available now, including camera colour borders. Snap has also released three new spooky Bitmoji Backgrounds that are inspired by the festival of Halloween.

The Snapchat+ subscription officially arrived in India a few months back in August. Its members are given access to a collection of exclusive experimental and pre-release features before regular users. They also receive prioritised support from the Snapchat team. It is available in India at a price of Rs. 49 per month. Customers in the US have to pay $3.99 (roughly Rs. 330) for a monthly Snapchat+ subscription.

At launch, it offered users six exclusive features — Badge, Custom App Icons, Rewatch Indicator, Best Friends Forever, Ghost Trails on Snap Map, and Solar System. Snapchat+ has since then reached over a million subscribers, as per the company. Now, members can also gift this premium subscription to their friends through the app.