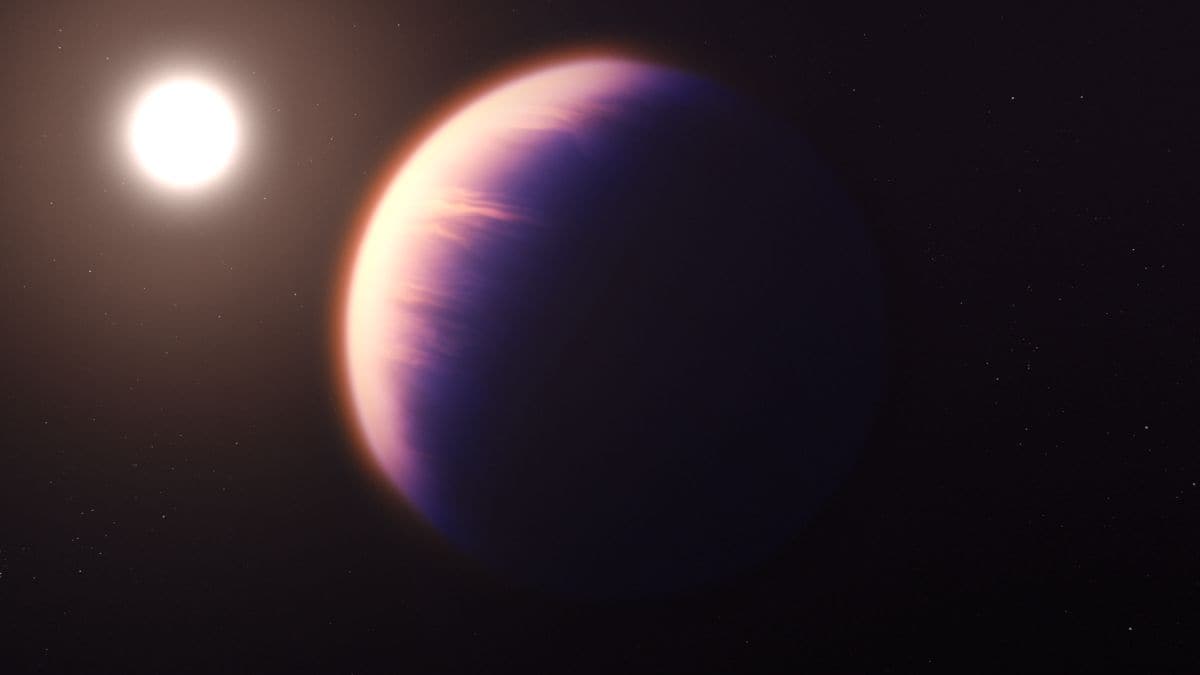 The James Webb Space Telescope has, for the first time, detected evidence of carbon dioxide in the atmosphere of a planet outside the solar system. The evidence has been spotted on the exoplanet WASP-39 b, which was discovered in 2011. Located some 700 light-years from Earth, WASP-39 b is a hot gas giant planet that orbits a Sun-like star. According to NASA, the finding gives important insights into the formation and composition of the planet. In addition, it also suggests that the most powerful space telescope may be able to trace and measure carbon dioxide in thinner atmospheres of smaller rocky planets.

For the detection, the team of researchers used the Near-Infrared Spectrograph (NIRSpec) instrument of the Webb space telescope. They observed a small hill between 4.1 and 4.6 microns in the spectrum of the exoplanet’s atmosphere which, according to the team, was the first clear and detailed evidence indicating the presence of carbon dioxide.

“As soon as the data appeared on my screen, the whopping carbon dioxide feature grabbed me. It was a special moment, crossing an important threshold in exoplanet sciences,” said Zafar Rustamkulov, member of the JWST Transiting Exoplanet Community Early Release Science team, which undertook this investigation.

Before this, no other observatory had measured subtle differences in brightness of many individual colours in the 3 to 5.5-micron range in an exoplanet transmission spectrum. This range in the spectrum is believed to be crucial for measuring the abundance of gases like methane, water, and carbon dioxide. These gases are thought to exist on many exoplanets of different types.

According to Natalie Batalha of the University of California, who led the team, the detection of a clear signal of carbon dioxide shines hope that atmospheres on smaller, terrestrial-sized planets will also be detected.

Gathering information on the atmospheric composition of planets is considered important as it holds clues to their origin and evolution. According to researchers, measuring the carbon dioxide feature in WASP-39 b would help determine the amount of solid and gaseous material that went into the formation of the planet.