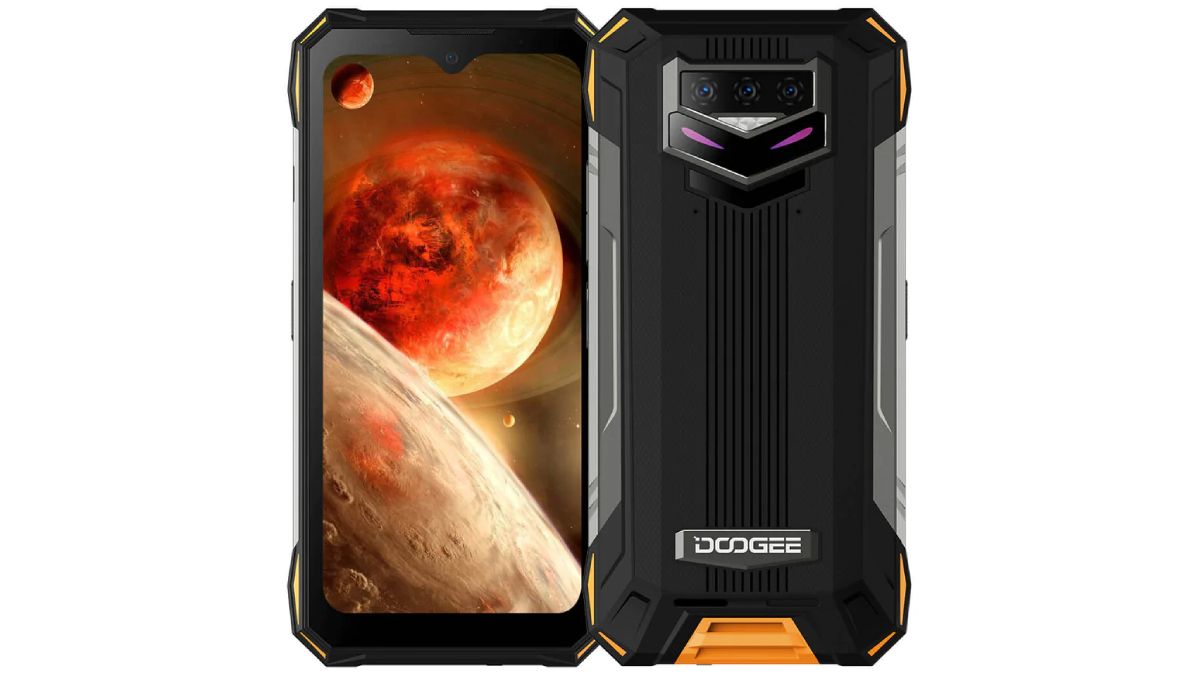 Doogee S89 and S89 Pro rugged smartphones have been launched globally. The handsets are currently available for purchase via AliExpress and the DoogeeMall website in Black and Orange colour options. On the AliExpress website, the handsets can be bought at a discounted price till August 26. The Doogee S89 Pro will start shipping August 25, according to the company, and the Doogee S89 will be shipped starting August 28. Both the handsets pack a 12,000mAh battery, and are powered by the MediaTek Helio P90 SoC.

On the AliExpress site, the Doogee S89 is available at a discounted price of $189.99 (roughly Rs. 15,200) to the first 200 customers. The Doogee S89 Pro is available via AliExpress for a discounted price of $219.99 (roughly Rs. 17,600) to first 200 customers as well. Both the handsets offer Black and Orange colour options. The Doogee S89 will start shipping from August 28, and the Pro variant will start shipped from August 25, according to the company.

Doogee S89 Pro runs on Android 12. It sports a 6.5-inch LCD display with full-HD+ resolution and Corning Gorilla Glass protection. It is powered by an octa-core MediaTek Helio P90, coupled with 8GB of LPDDR4X RAM and 256GB of inbuilt storage. The handset also gets a tricolour breathing light, according to the company. For connectivity, it gets NFC support, dual-band Wi-Fi, and a USB Type-C port. For optics, it features an AI triple rear camera setup with a 64-megapixel primary sensor, a 20-megapixel Sony IMX350 night vision sensor, and an 8-megapixel ultra-wide angle lens with 130-degree field of view.

At the front, it sports a 16-megapixel selfie camera. The handset features a side-mounted fingerprint scanner and face unlock. The Doogee S89 Pro packs a 12,000mAh battery with 65W wired fast charging and 15W wireless charging support. The phone is claimed to get 4 to 6 days of battery life with normal usage, and a standby time of 36 days. It measures 172 x 86 x 19.4mm, and weighs about 400g, according to the company.

Doogee S89 also runs on Android 12. The smartphone shares the display and SoC with its Pro variant. The rugged handset also gets a side-mounted fingerprint scanner and face unlock feature. The Doogee S89 gets 8GB of LPDDR4X RAM with 128GB of inbuilt storage. Like the Pro variant, it also gets a triple rear camera setup. It features a 48-megapixel primary rear camera, a 20-megapixel Sony IMX350 night vision sensor, and an 8-megapixel ultra-wide angle lens.

At the front, the Doogee S89 features a 16-megapixel selfie camera. The rugged phone from Doogee also packs a 12,000mAh battery with 33W wired fast charging and 15W wireless charging support. Like the Pro variant, it also measures 172 x 86 x 19.4mm, and weighs about 400g, according to the company.