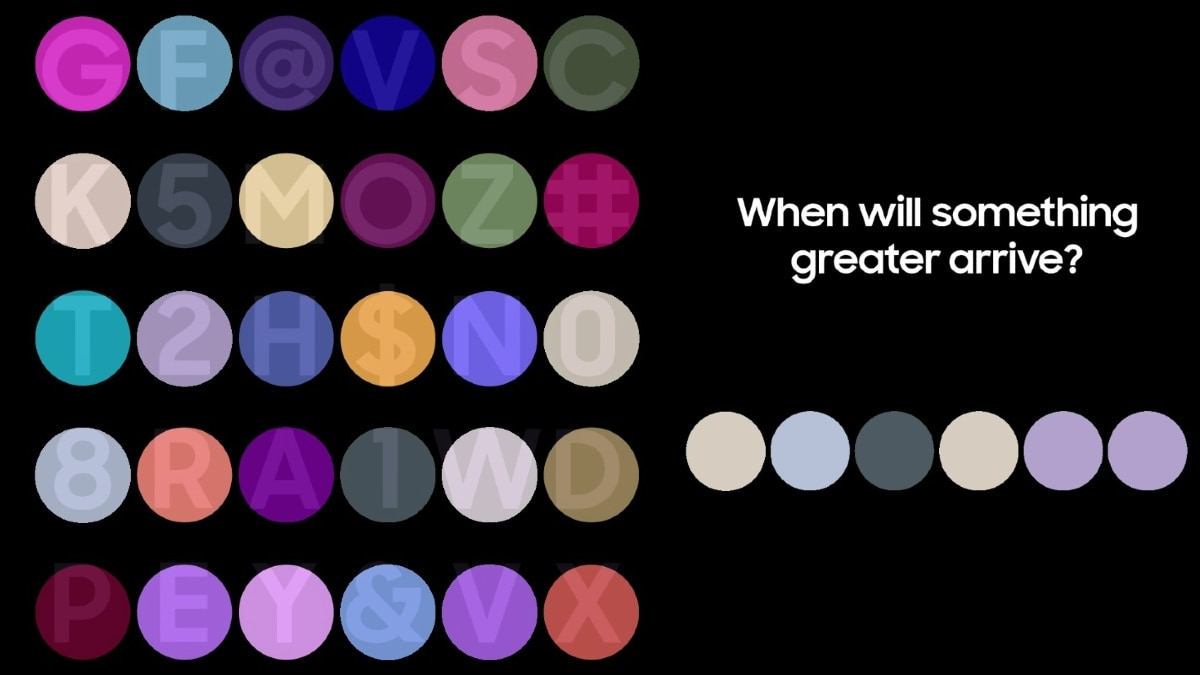 Samsung Galaxy Unpacked event appears to be set for August 10, as per the South Korean company’s fun, cryptic tweet. The event is expected to see the launch of the Galaxy Z Fold 4, the Galaxy Z Flip 4, and the Galaxy Watch 5 Series. The development comes as tipster Evan Blass, who also claimed that the Galaxy Unpacked 2022 will take place on August 10, shared renders of the foldable phones in the lineup. He also shared the colour options of the handsets.

Samsung shared a tweet where it posted three images. One is with random letters and numbers in a 6×5 grid, second with coloured circles in the same 6×5 grid, and a third with 6 circles that have at least one of the colours present in the second image, alongside a question, “When will something greater arrive?” If we match the first two images, we will get letters or numbers corresponding to the certain coloured circles (see main image). Now all you have to do is place the numbers of the corresponding coloured circles as per the order given in the third image.

It is to be noted that the same date of the event was leaked by tipster Evan Blass earlier this week. The tipster also happens to have shared (in collaboration with 91Mobiles) the alleged images of the Galaxy Z Fold 4 and the Galaxy Z Flip 4. Moreover, Blass has also shared the details on the colour options that will be available with the foldable smartphones.