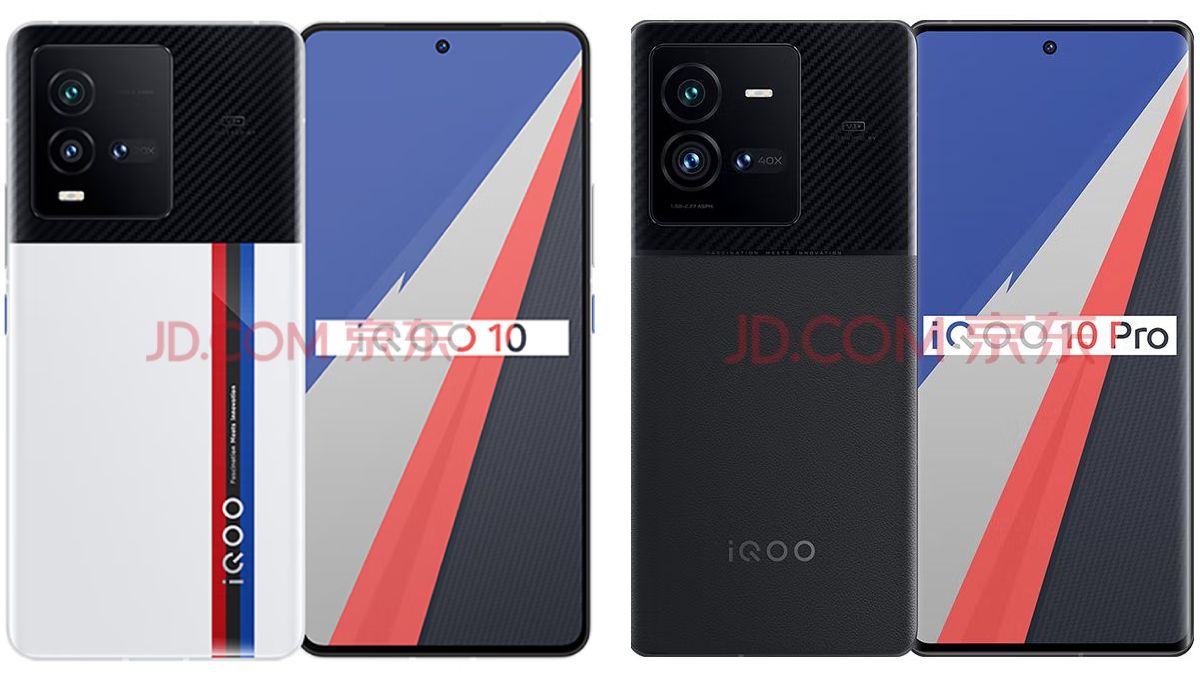 iQoo 10 and 10 Pro smartphones are set to launch later today. The iQoo 10 series smartphones will make their debut in the Chinese market today at 7.30pm local time (5pm IST). The official renders of the upcoming smartphones have recently been spotted on JD.com, as the handsets have been listed on the website for pre-bookings. The iQoo 10 series — including iQoo 10 and iQoo 10 Pro — has previously been confirmed to be powered by a Qualcomm Snapdragon 8+ Gen 1 SoC.

The JD.com listing suggests that the smartphones may feature 200W fast charging support. The iQoo 10 series may also get a display that can produce 1500 nits of peak brightness. According to another report, the iQoo 10 will be the official KPL 2022 gaming handset. The smartphone series has been tipped to feature a 6.78-inch E5 AMOLED display with a 120Hz refresh rate and full-HD+ resolution.

The iQoo 10 series has been already confirmed to be powered by a Qualcomm Snapdragon 8+ Gen 1 SoC. The smartphone series is expected to feature 8GB and 12GB RAM options, while it can house 256GB and 512GB inbuilt storage options. The iQoo 10 and iQoo 10 Pro are said to get a triple rear camera setup. For selfies and video calling, the smartphones may come with a 16-megapixel selfie shooter at the front. Moreover, it can feature a 4,700mAh battery, as per the report.

Seven Electric Bikes Gutted in Fire in Maharashtra While Charging, No Injuries Reported