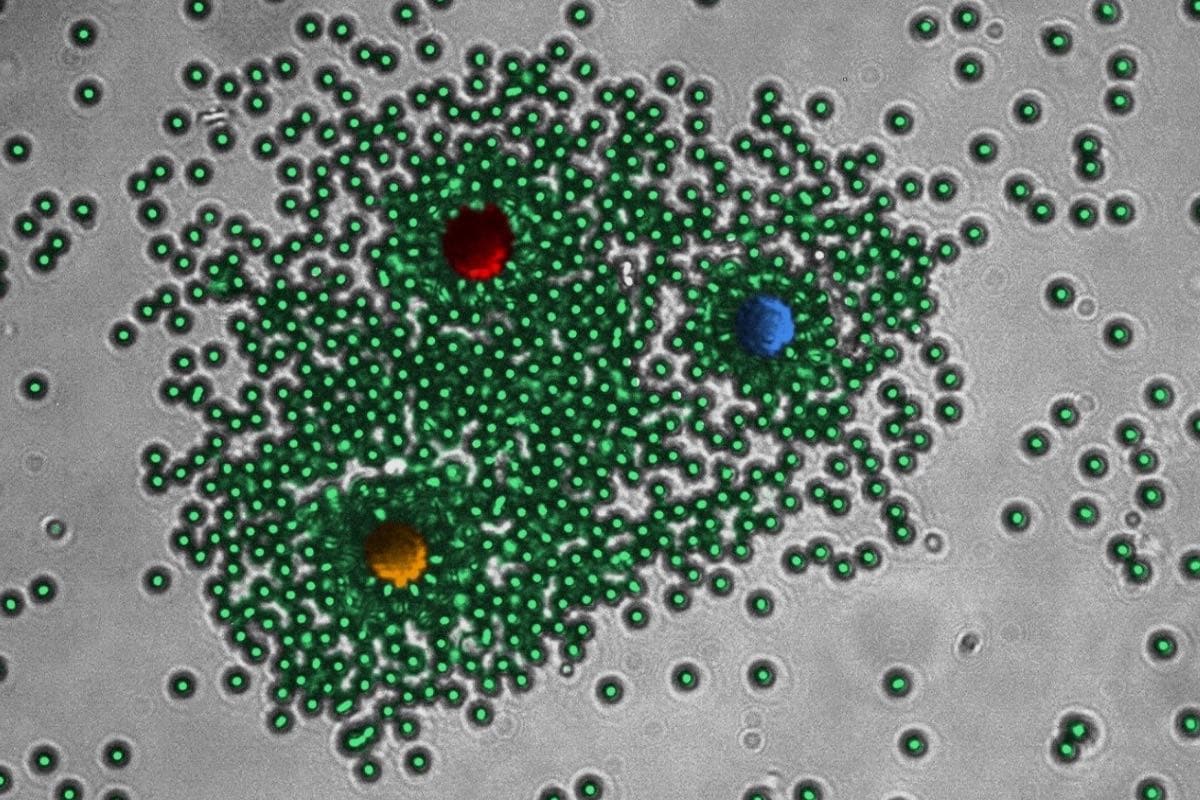 Researchers have developed a self-organising laser system that can reconfigure according to the conditions, replicating the ability of living materials. This discovery is likely to help in creating smart photonic materials which would better mimic the properties of biological matter such as self-healing, collective behaviour, and adaptation.

While lasers are used to produce a different form of light by amplifying light, researchers, at the Imperial College London, have developed self-assembling lasers consisting of microparticles dispersed in a liquid with high gain or the ability to amplify light.

In the study, published in Nature, the team used an external laser to heat up a Janus particle, which was coated with light-absorbing material on one side. The microparticle clusters gathered around the coating and the lasing thus created could be turned on and off by tweaking the intensity of the external laser.

“Lasers, which power most of our technologies, are designed from crystalline materials to have precise and static properties. We asked ourselves if we could create a laser with the ability to blend structure and functionality, to reconfigure itself and cooperate as biological materials do,” said the co-lead author of the study, Professor Riccardo Sapienza from the Department of Physics at Imperial.

The researchers have demonstrated the adaptability of their laser system by showing that it could be transferred in space by heating different Janus particles. The Janus particles can also help create cluster particles that have greater properties than what is achieved by adding two clusters. These include abilities like changing shape and boosting the laser power.

“Our laser system can reconfigure and cooperate, thus enabling a first step towards emulating the ever-evolving relationship between structure and functionality typical of living materials,” said Sapienza.

The team is now aiming to improve the lasers in order to give them more life-like properties. Co-lead author Dr Giorgio Volpe hoped that the laser could be used in developing next-generation materials and devices for sensing applications, novel light sources, and non-conventional computing, among others.