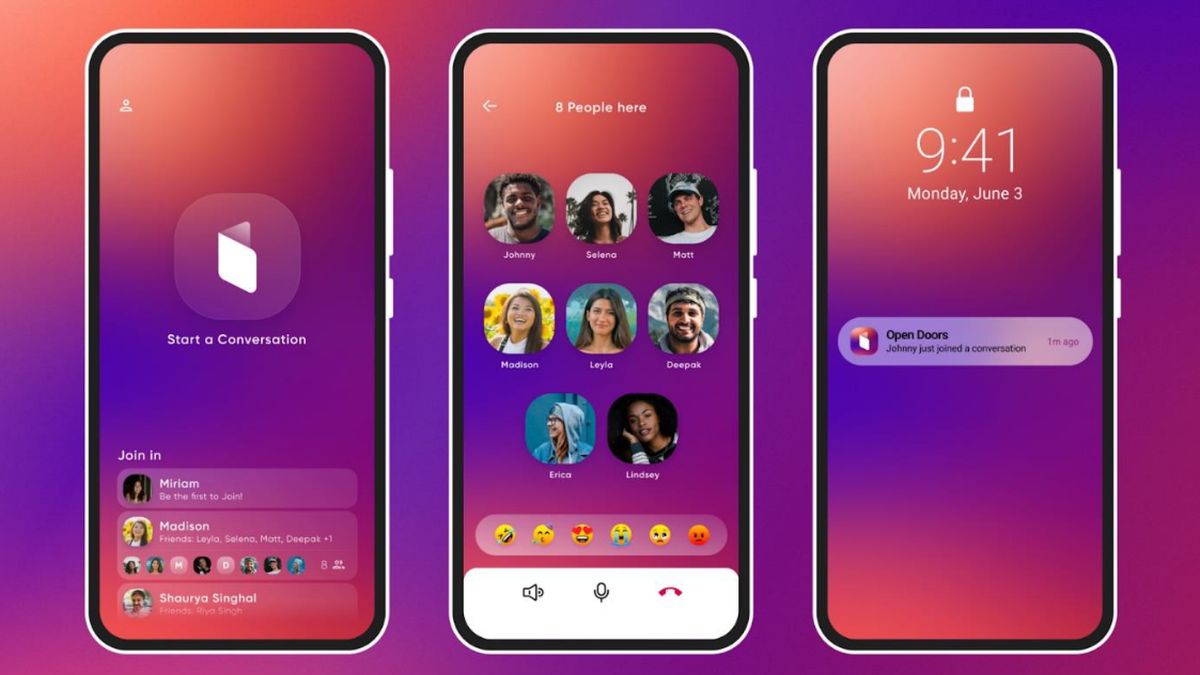 Truecaller has released a new real-time audio chat app called Open Doors on Wednesday, July 13. The caller identification service company said that the new app will be available globally for free via Google Play Store and Apple App Store. According to the company, it works seamlessly across both platforms. Truecaller users can get started using the app with a single to tap to sign in. People who are not Truecaller users can sign in to Open Doors by verifying their phone number through a missed call or a one-time-password (OTP).

The Scandinavian caller identification service company, Truecaller has announced Open Doors, a new real-time audio chat app. The new app has been developed by Truecaller’s teams in Stockholm and India. The company announced that Open Doors will be available globally free of cost via Google Play Store and Apple App Store. The company claims that it works seamlessly between Android and iOS.

Truecaller users can download Open Doors and simply sign in with a single tap to start using the app. If you are not a user of the caller identification service, you will have to verify your phone number through a missed call or an OTP to sign in. The company said that Open Doors only requires access to your contact list to let users connect with their friends, and microphone to let users enjoy real-time audio chatting. Users participating in a conversation will not be able to see phone numbers of other participants, as per the company.

Open Doors allows its users to join and leave conversations at will. The app notifies your friends when you join or start a conversation. After receiving the notification, your friends can choose to join the conversation by simply clicking on the alert notification or via a link that can be shared separately. Once your friends have joined, the app will also alert their friends in a similar manner and the cycle of invitation will hence continue.

The company also said the conversations will be moderated by the community and they are not stored anywhere. Truecaller added that the user interface of Open Doors has English, Hindi, Spanish, Latin, and French languages available. The company added that more languages could be added later on user demand.

Nami Zarringhalam, Chief Strategy Officer and Co-founder of Truecaller, said, “Thanks to Truecaller being 13 years in the business, we’ve spent a great deal of time learning about how people communicate. Our new app Open Doors was born out of a simple question – how can we help people make new connections without being intrusive? And this is what we want to do: to bridge the world using the most natural form of communication, our voices.”