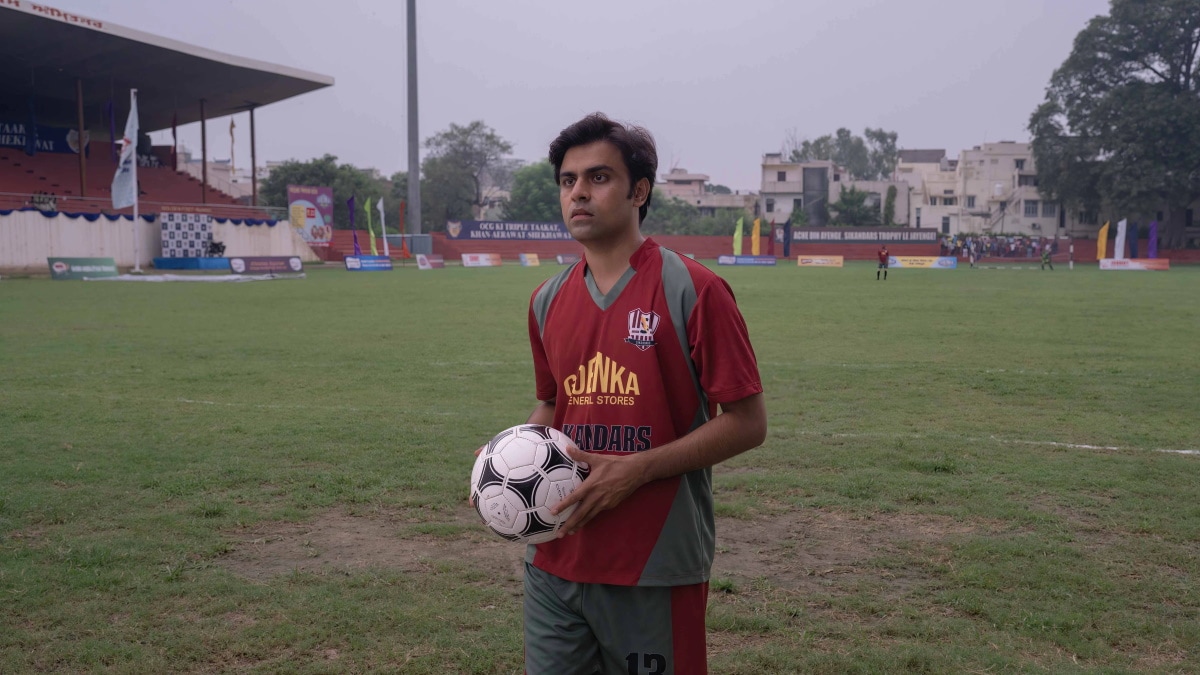 Jaadugar — the Hindi-language movie out this week on Netflix — marks actor Jitendra Kumar’s third collaboration with the streaming platform after the 2020 comedy Chaman Bahaar and the second season of his popular web series Kota Factory. The sports dramedy is directed by Sameer Saxena, best known to many for directing romantic comedy web series Permanent Roommates for The Viral Fever (TVF). Set in Madhya Pradesh, Jaadugar is touted to be an underdog saga with a liberal dose of romance and comedy.

Biswapati Sarkar, writer on Jaadugar, had earlier hinted at this when he said: “It is a wholesome entertainer, meant to be seen with your loved ones. Unlike sports films that revere elite athletes, Jaadugar celebrates everyday individuals who play sports, not for pride or fame, but only for the love of the game.”

With that, here’s everything you need to know about Jaadugar, the latest Netflix original movie from India.

Kumar headlines Jaadugar as “Magic” Meenu, a struggling magician with no interest in sports, who is forced to compete in an inter-colony football tournament to prove his worth and marry the girl he loves.

The Panchayat season 2 actor had earlier said in a prepared statement that this was new experience for him: “Jaadugar is a film extremely close to my heart. Playing the larger-than-life rebellious Meenu was a new and exciting journey for me.”

Kumar is joined by Arushi Sharma, who plays his love interest. Expect her chemistry with the Shubh Mangal Zyada Saavdhan actor to be a highlight of Jaadugar given its genre.

Besides Kumar and Sharma, the Jaadugar cast includes Jaaved Jaaferi, Manoj Joshi, and Rukshar Dhillon. Jaaferi plays Meenu’s uncle and the football team coach, Joshi is a magician called Chhabra who serves as a role model for Meenu, and Dhillon plays Iccha.

Jaafer, the Escaype Live actor, had earlier said that he was drawn towards the movie because it offers “a perfect mix of comedy and drama” and features an “intriguing story.”

On June 7, Netflix unveiled a 20-second teaser trailer for Jaadguar, which featured Kumar as a magician without revealing much about his character.

This was followed by the full-length trailer (below) nearly two weeks later, which touched upon key plot details. The two-minute 37-second trailer focused on Kumar’s character as he made a fool of himself by trying to showcase his non-existent football skills.

We were soon introduced to his love interest, who teased him by pointing out that everyone refers to him as a “joker”. The Jaadugar trailer ended with a series of inspiring sequences in which Meenu tries to overcome the odds only to realise that he has his work cut out for him.

Here is the official synopsis for Jaadugar via Netflix:

Set in a football-loving town Neemuch, Jaadugar is a story of a small-time magician, Meenu, with no athletic skill who must prove his worth in a prestigious inter-colony football tournament, in order to marry the love of his life. There are just two things against him – the girl doesn’t love him back and his team hasn’t won a game in years!

The first reviews for Jaadugar will be available upon release on Friday, as Netflix has set an embargo on reviews until the movie’s release time.

Here is the official poster for Jaadugar from Netflix: